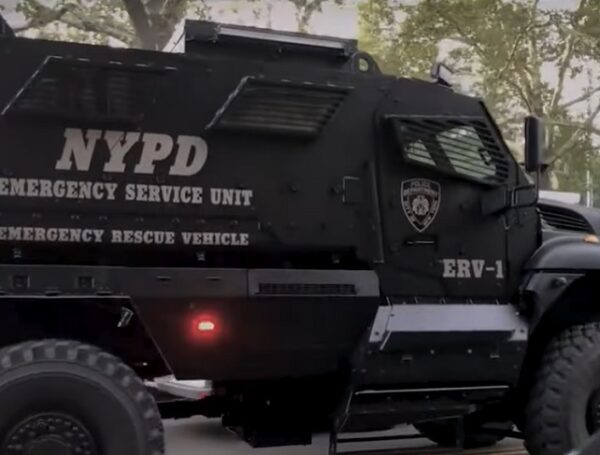 As disturbances around the country explode after officer-involved suspect deaths, law enforcement is standing by to provide a measure to mitigate violence and property damage. Dramatic video of armored vehicles and riot-gear clad police often incite cries that the police are provoking violence, as though donning protective gear lights a match to an otherwise peaceful protest. As someone who has been trained in crowd control as a member of the National Guard, and who has been on the scene during the disturbances in Ferguson and Portland, these claims reflect a gross misunderstanding of the tools used by police to keep others safe.

I’ve also been on the scene of many fires but have yet to hear anyone in the crowd or in the press criticizing firefighters for wearing helmets, fire-resistant bunker gear, breathing apparatus, or rolling in large trucks to a scene. No one accuses the firefighters of starting the fire or making it worse by showing up ready to deal with it, even if it turns out to be a false call. First responders have a right, and indeed a moral obligation, to protect themselves from harm when called to a scene. From latex gloves to armored rescue vehicles, the purpose of equipment is to accomplish the mission with no injuries or fatalities.

The moral obligation of self-preservation, or what is often called “officer survival” by trainers and critics alike, is not merely a selfish one. If a police officer is injured or killed, they become a liability to completing the mission. They incur great costs to the taxpayer (although we pay far too little attention and resources to our dead and injured). They become another victim requiring resources for rescue and treatment, diminishing the capacity of response to others. In addition, an officer disabled during the mission is no longer able to protect the weapons, vehicle, and other gear assigned to them, leaving gear vulnerable to acquisition by lawbreakers and rioters.

When riding with a Portland officer during the ceaseless siege on their city, I noticed there was no rifle or shotgun in sight. Whenever I do a ride-along with any agency I want to know where their shotgun is and how to access it just in case, since I’m not usually allowed to carry my own weapon. He told me that they had stopped having shotguns in the patrol car lest they be overcome and the car and or weapons be stolen and used against others.

Helmets, shields, shin guards, heavy gloves, long batons, gas masks, and other gear have very practical purposes. Those with no intent to peacefully protest bring bottles of frozen water, balloons filled with bleach or urine, and any available rock or brick to throw at officers. Their hateful purpose is to injure and demoralize officers, their tactical purpose is to keep officers from interfering with looting and arson. Chemical irritants are not for the purpose of punishing protestors, but to move and disperse hostile crowds away from a vulnerable area. Gas masks for officers helps keep them on mission. “Riot sticks” are not appropriate or practical for overhead swings to bash heads, but to be used horizontally to push against an advancing hostile group.

While a fully equipped crowd control officer may look intimidating (not a bad strategy in itself), the primary purpose is to allow the officer to do the job they were sent to do and return home whole and healthy, ready to continue to serve.

As for armored rescue vehicles, there is no intent to “militarize” civilian law enforcement, but to enable officers to enter dangerous areas and complete their mission. I once published an open challenge with a cash reward to anyone who could send me evidence that machine guns were mounted on an armored vehicle. The challenge went unanswered because these vehicles are not tanks ready for battle, and fully automatic weapons are a rarity in police armories. Surplus MRAPS have been acquired by police agencies only where the very high cost of purchasing law enforcement specialized vehicles makes this military surplus the only option. Do even small agencies need a bullet-proof vehicle? I worked in an isolated rural area where a parole officer was pinned down by rifle fire from the home of one of his clients. His only rescue was by a surplus armored vehicle that the local sheriff’s department had aquired despite criticism from some residents who thought the idea was so much macho foolishness.

While reporting from the Ferguson disturbances, an officer told me they were not allowed to wear their protective gear because it would leave a bad impression. This while the scorched remains of business still smoldered in the background.

Depriving any first responder of the necessary equipment to do their job effectively and safely is to put public safety at risk.