Skip to content
The Heavy Toll of Police Work

For me, morning coffee-time involves a lot of reading. This morning I came across a quote that compelled introspection and reminiscence, ebbing back to yonder years when I worked a midnight-shift beat, experiencing an unrelenting tide of episodes in which humanitarian concepts seemed distorted, absent. Depravity appeared to have an enormous appetite.

The quote to which I refer is, “So unimpressed and uninterested in people nowadays.”

Don’t get me wrong: there are poignant moments experienced by law enforcement officers. With profound clarity, each one is also harbored and cherished. Thankfully, they provide light when there is darkness.

Justice badges show up for calls for service which are in the realms of ghastly, the kind that scar the human psyche. As they say: some things are now unseeable.

The very purpose of first responders in our society symbolizes the in-your-face fact that humans can go far astray from virtuous intentions. Cops are the anticipated antidote.

Call after call, case after case, cops see it all, and its toll may subconsciously appear in facial expressions (or lack thereof).

A proverbial elephant in the room, cops project a tough exterior. You’ve likely seen or heard that observation somewhere along the way. Our species embraces self-preservation; for cops, it is exponentially necessitated due to situational awareness and surviving the street beat.

Not much different than a battle-hardened soldier whose wartime experience conveys how one chooses to help mitigate life’s ugly matters. Life is fragile. So much is taken for granted. Like soldiers, cops glean boatloads of bad stuff during duty.

In the first few months of field training after academy graduation, I felt changes within, especially after calls entailing despicable behaviors inflicted upon another. Circumstantially, it is quite easy to lose faith in humanity when macabre behavior manifests. Shift after shift, these grotesque scenes and experiences burgeon and become the weight of the world for public safety professionals.

Police are often judged on external appearances. First impressions are important…but it is not exactly an application for all scenarios, certainly not without any contextual inclusion. The confidentiality clause (maintaining the integrity of highly sensitive information) in police culture all but assures grievous matters remain internalized—pent up.

Speaking of projections, cops must be acutely careful to not misperceive a citizen stemming from outward appearances. A well-dressed businessman could do just as much harm as a haggard-looking individual whose dour expression belies hunger and another day of an aimless wander (and all variations in between the polarity). Inherently, cops’ brains are kept busy.

All types of individuals can defeat the other. Cops can readily attest to this. They, too, are targets, certainly as of late. Even police cruisers are in the crosshairs, for which taxpayers ought to be outraged.

I found the quote listed above on a site called Motivate My Life. Oddly, the quote seems less motivational and more profound. Thought-provoking, actually. Incidentally, I searched the quote’s author to cater credit; I found the statement (sentiment) posted far and wide on social media platforms, but no attribution.

Nevertheless, society has a window-view of what cops have witnessed for eons. The exception is that matters have worsened lately, stemming from the pandemic and how nefarious types multiplied (emboldened by political sway), all while some police forces were bizarrely prohibited from dealing with obvious anarchy. The nuances born of the pandemic and the anti-police movement are a mix of astounding and sad.

Did you know that recent data indicate some people with financial means have been seeking “golden passports” as a “plan B,” prepping to depart the U.S. due to societal conditions?

According to Insider reporter Hannah Towey, “The one thing they all have in common [is] deep-rooted fear about the future of American society,” with passport seekers citing fears of further “conflict” in America. It’s gotten to the point of not only police exodus but also citizens opting for alternatives and safety amid widespread vulnerability. (Says a lot about governing bodies and their actions/inactions.)

No one demographic in American society sees elements of conflict more than those who work in law enforcement, not only in a generic fashion but also in realms of haters lambasting the profession and physically ambushing cops lured into traps set by armed malcontents.

How does that not weigh heavily?

The anti-police movement did more harm than good, especially while the planet had a lockdown mode in place, and “keyboard warriors” demonstrated boneheaded bravado by conflating the lie that “the police are the problem.”

With that, cops had to also contend with their children hearing the personal attacks on their dads and moms who wore police badges and duty belts. Such a route brought it home, literally. Police spouses’ general worries skyrocketed. To those with whom I spoke, the feeling of being unjustifiably shunned was prevalent.

A segment of America’s politicos ignorantly hopped on the bandwagon of naysayers telegraphing a police-less society. Sadly, some police executives took a knee during the foolishness. As Officer Parker put it: 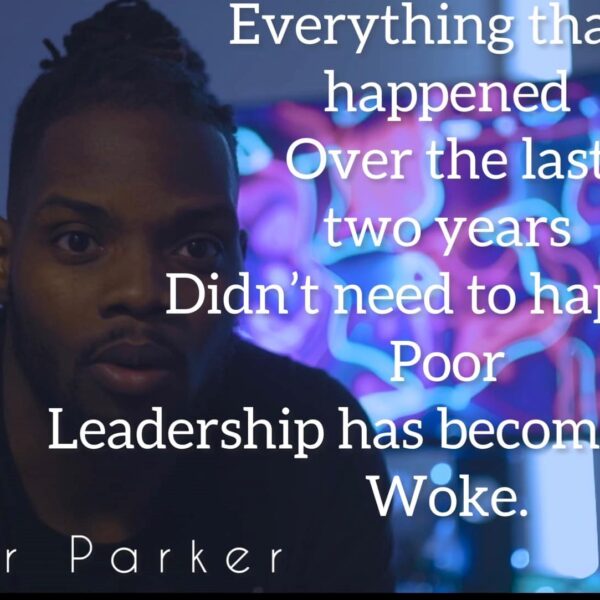 For cops, the impression that you are ill-supported and made extra vulnerable to volleys of hatred and violence takes its toll.

Eckhart Tolle said, “The primary cause of unhappiness is never the situation but your thoughts about it.” I get it. If only it were that simple…to remember this philosophy and process accordingly. That lingering nag of naysayers, their spread of falsities against the police, has a way of echoing, though.

Mr. Tolle’s point is well taken, but for cops…crime keeps coming. Mental file systems get crammed, and adequate blocks of time to sift through and shred old stuff is rather nonexistent in the field of law and order. The rhetoric of “police down-time” and “hours of boredom” on duty transformed to Do not blink…your life depends on it!

Lest we leave out propagandists-in-denial: Legacy media has been an effective conveyor belt of nonsense, magnetizing malcontents to conduct full-frontal assaults on cops.

Cops do not seek recognition, but who would deny a good ole pat on the back for a job well done? In the case of law enforcement, a life-threatening one on the daily.

Serving as a field training officer during the latter end of my career, I had the duty of teaching new officers and fortifying the future of the agency and how it serves its constituents. Every single one of those rookie police officers changed swiftly and significantly…all from the job they courageously chose to fill.

In this context, the ultimate sacrifice is always a mind-marinating reality, but the process of gradually being psychologically whittled due to horrific episodes involving humans is difficult to buff out.

We talk about desensitization in police culture, alluding to the seemingly unmoved cops working tragedy after tragedy, witnessing mountains of human depravity. In 2016, The Triangle published an article titled, “Becoming desensitized to violence,” defining desensitization this way: “Desensitization occurs through repeated exposure which leads to a decreased emotional response to a negative catalyst.”

Cops are great at self-containment; it is necessary to survive the shift, pit-stop, regroup, and report for the next one. But it doesn’t mean they’re immune to the effects psychologists spend a lifetime studying.

Lord, knows, it’s not getting any easier out there! One need only consult the Officer Down Memorial Page to put faces to these words. 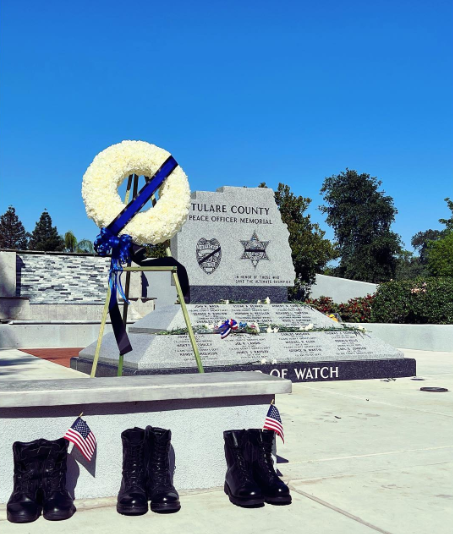 Every police funeral of officers fallen in the line of duty symbolizes the selfless acceptance of the enormous toll it takes on cops.

With what we are discussing here today, we see remnants of tried and tested law enforcement officers who survived the complexities of law and order. Tons of testimonies continue on our NPA Report with Sergeant Betsy Brantner-Smith (retired); each Sunday, we get to the heart of the matters in law enforcement.

Throughout the upcoming National Police Week, thousands of cops from all over will stand at attention among ranks donning class-A uniforms, embracing fallen officers and their loved ones, all in somber repose at police memorials and around cemetery gravestones.

The Honor Guard assemblies guard the honor of the fallen and signify the toll of police work. 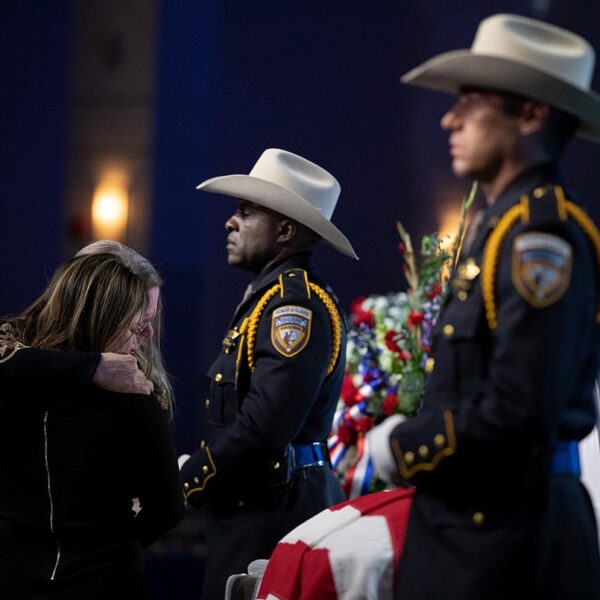 Thankfully, backup is here. A mounting number of police welfare and fitness and counseling entities are in the wing, comprising active/retired law enforcement personnel serving all other cops striving to perform dutifully and make it home, relieving the heaviness of the badge for a spell…