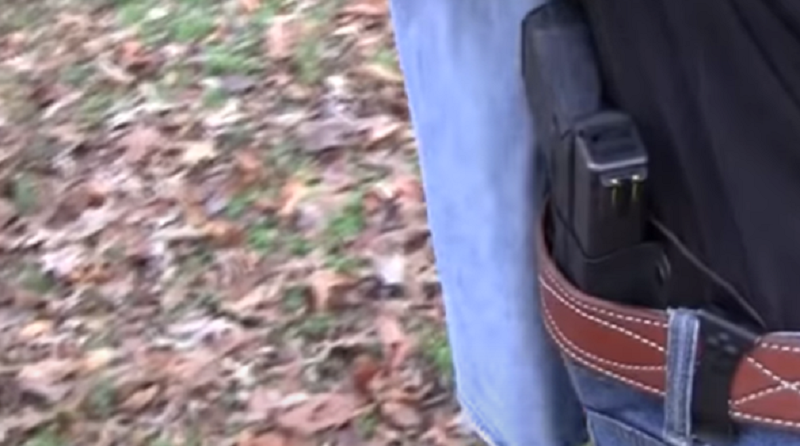 Your law enforcement agency has promoted you to the lofty rank of retired cop. So, it’s time to let down your guard, right? Wrong! While you may no longer have a target on your chest (badge) every day or intentionally place yourself in dangerous situations, danger can still find you. I’ve long held the adage I’d rather have my gun and not need it than the other way around.

I maintain my LEOSA qualification, which requires an annual competency course. The biggest downside is having to travel through Seattle to get to the range. Traveling through the city I once loved is no longer the pleasure it once was—for so many reasons. To watch the self-inflicted crises on TV news is bad enough without having to see it even while just driving past is heartbreaking.

And with increases in crime because of irresponsible city politicians, it’s become more likely you’ll become a crime victim visiting any leftist-run city these days. This is why retired cops who live in or near these cities, and even low crime areas, need to at least seriously consider continuing to train with and carry firearms when out and about.

The NPA’s own Sgt. Betsy Brantner Smith (Ret) recently tweeted, “This is why we train and carry after we retire.” Her tweet linked to a CBC News story about three young males who allegedly robbed a man on a Chicago street. Their intended “victim” was an (armed) retired Cook County Sheriff’s Officer.

CBS spoke with an articulate witness who’d just stepped off a bus, just before the alleged crime was committed, that I wish every police officer had at their crime scenes. She said, “It was like the wild, wild west. I never thought I would see anything like this.”

What she saw was a robbery in progress. She said she knew it was a robbery because the men were taking things out of the man’s pocket, including his wallet. She told the CBS reporter there were three men and “one had a gun to the man’s back.”

She told the reporter she was surprised to see the boy was no older than 16, “a child.” The reporter added, “yes, a child with a gun and using it to commit a crime.”

Medics transported the suspect to the hospital in critical condition with a gunshot wound to the head. Police apprehended the other two suspects after an area search.

About a week later, FOX News reported the boy, who was 14-years-old, named Corey Mason, died from his wound. CBS reported the 60-year-old “retired officer was distraught after the shooting, and more so when he discovered how young the boy he shot was….”

But it’s not just in large left-wing cities like Chicago, L.A., New York, Seattle, Baltimore, Portland, etc. where danger lurks. While active duty or retired, have you ever run across someone you’ve arrested—or someone you recognize from the job but are not sure if friend or foe? Another reason to think about being armed while off-duty or retired.

Though there are many examples around the country, here’s another story, this one from the Chicago Tribune, about a retired cop, also in Chicago, involved in a fatal shooting of an armed suspected carjacker. This retired officer who had worked for CPD shot an armed male who “pointed a gun at him and demanded the car….”

Instead, the retired cop introduced them to the business end of his gun. The retired officer shot the armed would-be carjacker in his upper torso. As with the previous incident, the suspect was transported to the hospital where he died. The police later arrested his partners-in-crime.

When considering whether to carry a gun after retirement, go through potential scenarios in your head. I once had an active cop tell me he didn’t carry off-duty when he had his wife and kids with him. That’s his decision, but I thought to myself, isn’t that more of a reason to carry—when you have loved ones to protect?

And in that vein, Duane Wolfe, back in 2016, wrote an article at Police1.com, “Carrying while retired: 7 things cops should know.” Aside from other information you may find useful, the title of thing 3 caught my attention.

#3 “While You Are No Longer a Cop, You Are Still a Protector.” To paraphrase another adage, you can take the person out of being a cop, but you can’t take the cop out of the person.

You may tell yourself you’re not going to take action after you retire, and in many instances, you won’t and in many cases shouldn’t. But in other situations, a helpless person in immediate life-threatening danger—maybe a loved one, a spouse or grandchild, you might not have a choice.

Your instincts and 20, 30, or 40+ years of experience may leave you little choice but to take action to protect the innocent. You might do this whether or not you’re armed. So, in that extremely unlikely situation, staring at the suspect as he strides menacingly toward your car with a pistol in his hand, your grandchildren buckled in the backseat, what would you rather be, armed or unarmed?