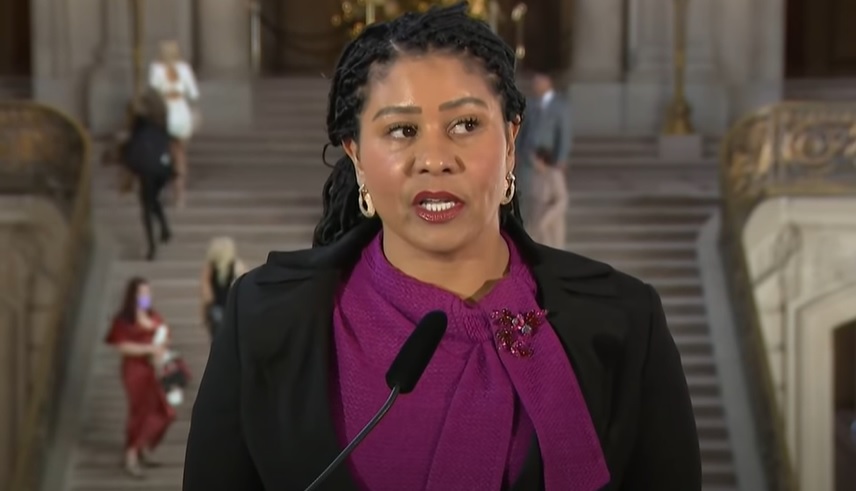 It’s getting real. When even hot iron branded members of the hard woke left risk breaking from the leftist orthodoxy herd, even if it’s for selfish political purposes, it’s something positive—for traditional America.

Even in Minnesota, where George Floyd’s in-police-custody death sparked national wanton destruction, increased hatred toward cops, and the reinforcement of the myth that cops are “executing” minorities, there are signs of essentially “re-funding” the police.

Many American cities, once rapt in the de-fund the police movement, are now replenishing their cop coffers—their political leadership has devastated. Whether it’s too little too late remains to be seen.

And there’s the increasingly hostile response to George Soros-funded non-prosecuting prosecutors across the country. It appears these radical leftists who rode into town on “Trojan horses” have outlasted their welcome.

Recently, two of Soros’ goons, George Gascón in Los Angeles and Larry Krasner in Philadelphia, claimed their cities were not suffering from crime surges when the opposite is so obviously true.

As reported by MyNewsLA, “When asked if his policies bear any responsibility for the higher homicide rate and a rash of ‘smash-and-grab’ robberies,” Gascón responded, “Absolutely not.”

Gascon, who critics say “has remained silent about the increase in violence, noted that homicides were up, and that crime was down overall.” As I wrote in a recent article. Serious, violent crimes are nearly always reported. For example, with murder, there is a body.

However, with DAs like Gascón and their anti-law-and-order policies handcuffing police, people stop reporting lesser crimes when police stop arresting and the DA stops prosecuting criminals.

What’s that sound you just heard? It’s a tone rational people can hear that Gascón is apparently deaf to. And how does this DA handle legitimate criticism—let’s say—by law enforcement? He shows his grace by likening L.A.’s cops to pigs. Intended insult or Freudian slip? You be the judge.

In Philly, the truly contemptible DA Krasner is equally atrocious. He also recently refused to acknowledge the violent crime surge so obviously occurring in his city. His refusal to accept responsibility drew angry criticism from former Philadelphia Mayor Michael Nutter.

Also a Democrat, Nutter referred to Krasner’s crime-surge denial as, “among the most ‘ignorant’ and ‘insulting’ comments ever spoken by an elected official.” Krasner’s response was to walk back his comments and shed a few dubious tears over the people to whom his comments may have “caused pain.”

Then there’s Democrat Colorado Governor Jared Polis sanely declaring the CCP virus “pandemic” over, joining many red-state governors in the lucid response category. He correctly realized he does not have the perpetual authority to tell people what to wear and what to inject into their bodies. He’s still clinging to some leftist tropes, but at least he’s relegated them to the category of opinion—not mandate.

New York City Mayor-elect Eric Adams, a former NYPD captain, recently came out strongly in support of restoring “stop and frisk.” While his perspective on the tactic may not precisely match the street cops’ reality, it’s still a step in the right direction.

But, probably the best grumbling came from San Francisco’s radical Democrat Mayor London Breed. Apparently, she’s had enough of the, in her own words, “bullshit.” In other words, of her own radical leftist policies. For example, in 2020, during the “defund the police” movement, Breed planned to cut the sheriff and police departments by $120 million.

However, whether for selfish political motives or because she’s genuinely having a change of heart, her words signals a chink in the radical lefts’ armor. Or maybe her Gucci-buying friends gave her an earful after thug gangs ransacked their favorite high-end stores (after all, the same crimes at Walgreens did not elicit a similar fury).

I don’t know Mayor Breed’s heart. Perhaps she is finally fed up with the chaos she helped load into a political cannon and fire at her once beautiful city. During her press conference, she seemed sincerely angry. But maybe she’s just sincerely angry she was so wrong.

At her press conference, she said, “It is time that the reign of criminals who are destroying our city… to come to an end. It comes to an end when we take the steps to be more aggressive with law enforcement, more aggressive with the changes in our policies and less tolerant of all the bullshit that has destroyed our city. We are going to turn this around.”

Let’s hope for the sake of San Franciscans and for the San Francisco Police Department (SFPD) she means it.

Is the SFPD up to the task if Breed finally allows them to do what they were trained to do? Well, when FOX News’ Tucker Carlson recently asked SFPD Lt. Tracy McCray, VP of the San Francisco Police Officers Association (SFPOA), “Are you confident the police could fix this if they were allowed to fix it?”