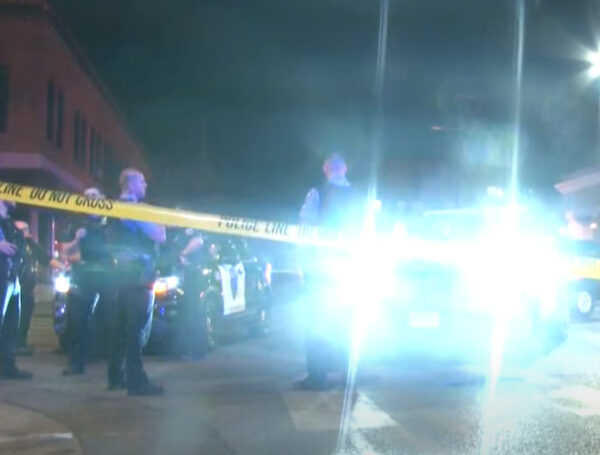 Organizations, institutions, and government officials hundreds and even thousands of miles from Minneapolis cut ties with their police or pushed to defund or abolish the cops, because of one incident where a convicted felon strung out on fentanyl died in police custody. For the University of Minnesota, at least it had happened in their backyard. But that still didn’t make them right to sever their relationship with the police.

ABC News reported, back in May 2020, UM “cuts ties with Minneapolis police after George Floyd’s death.” Among other duties, UM President Joan Gabel said in a letter to the school, the university will no longer employ Minneapolis police to “assist at major events, including Golden Gopher football games.”

I will never understand how making a decision that endangers UM’s faculty, staff, and students could seem prudent to any rational administrator. Wait… I see what happened there… rational.

FOX News wrote about UM’s initial call, which included, to “eliminate the presence and use of military-grade weapons, vehicles, and other resources.” Ignorant decisions like these, blurted out on virtue-signaling blather at places across the nation, did nothing for communities except create more crime victims.

No. Really. That is all it did—nothing else.

But now, many defund-the-cops American cities and institutions have been quietly restoring police services to communities because of the inevitable rises in crime. What happens when the rancher takes away the sheepdogs guarding the sheep? The wolves attack.

The UM has also been quiet about the additional theft, assault, robbery, rape, or shooting victims, as reported by the Star Tribune, who exist as a result of the officials’ manufactured tantrums. It made them feel so good for a while, right?

FOX also reported, back in May 2021, in Minneapolis’ Marcy-Holmes neighborhood, police recorded 129 property and violent crimes. In June, the UM asked the MPD to increase police presence. I’ll give you three guesses about what happened next.

Just kidding. No lucid person needs more than one guess—and it’s not even a guess; it’s commonsense. Crime fell from 129 to 80 crimes in August. This, despite the summer months traditionally being the highest for crime.

That 38 percent represents nearly 50 individuals whom likely would have been crime victims, thanks to UM administrators’ previous reckless actions, but were not. The consequences of their political virtue-signaling affected real people.

FOX also reported, “last year, the Minneapolis City Council voted unanimously to “defund the police department by $8 million. Now…, [Minneapolitans] will vote in November on whether to adopt an amendment to the city’s charter that would limit the size of the police department in favor of a Department of Public Safety.”

The amendment would also eliminate “language from the Minneapolis City Charter on the police department, including the minimum police funding requirements….”

This is more than a matter of semantics. For that radical city council, “Department of Public Safety” means replacing cops with “violence interrupters” and other such nonsense. If this amendment passes, I have another prediction: This also won’t work. And the cops, well, at least, those who are left, will say again, “We told you so.”

But that can only happen for so long until there are no police left to admonish stupid city leaders for their reckless community-killing behavior. Instead, the crime statistics will again soar, and people will be left to read between the lines about the real people, the actual crime victims, the individuals who suffer that are reflected in those increased crime numbers.

Credit where credit is due, though. Wishy-washy Mayor Jacob Frey, of whom I have been highly critical and still am, said he “opposes the ballot measure.” He’s also said, “people deserve to   safe.” He’s right, but if the City Council gets its way, the people will feel anything but safe.