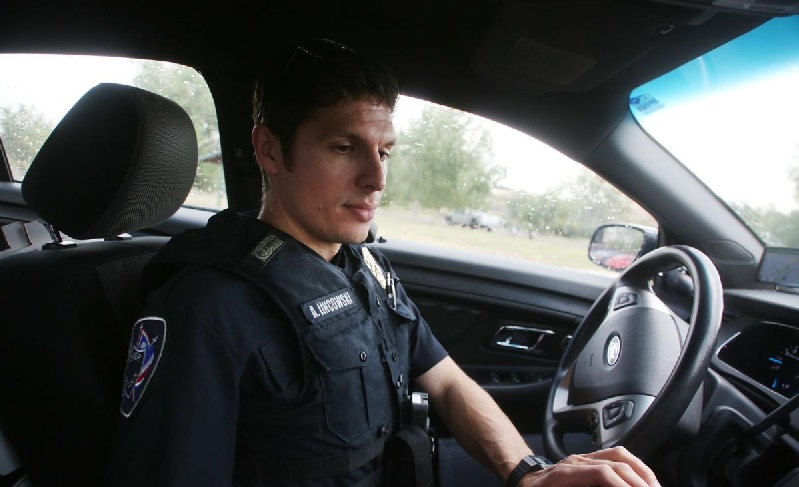 Police staffing crises in leftist cities across the country continue. But some details might humanize the issue. Officers are retiring, resigning, or relocating. But why are specific officers leaving and where they are going?

A recent article at ChangeWashington.org caught my attention. It detailed an individual officer and the fortunate community that attracted him and the unfortunate communities that lost him.

Seattle doesn’t have a staffing crisis only because Seattle Police Department (SPD) officers are leaving. It’s also because quality candidates who should have every reason to want to work in Seattle decided to go elsewhere or not to become cops at all.

Seattle has elected a new mayor, which will change nothing. Mayor Bruce Harrell, an okay guy to chat with over coffee, is continuing Jenny “Summer of Love” Durkan’s policies, including deploying social workers to replace officers on some calls.

ChangeWashington.org (ChangeWA) wrote, “SPD has been understaffed for years….” While the population has grown significantly, the number of officers has changed little. “According to a Seattle Times article published in November 2020, Seattle had 18.5 officers per 10,000 residents, while the average ratio for the 50 largest jurisdictions is 26.9 officers. SPD had said it should have a minimum of 1,400 officers compared to the 1,000 or so it has now.”

The numbers I’ve been hearing are more like 600 or so deployable officers to handle 911 calls. The city has always been “math-challenged” when reporting patrol staffing numbers. Whatever the true number is, it’s much lower than it should be—and getting lower.

The damage done to a city’s police recruiting and retention efforts by anti-cop policies and rhetoric cannot be understated. Aside from safety issues, low staffing leads to stunted career advancement, canceled furloughs and vacations, officers working despite illness or fatigue, and nonexistent morale.

Underscored, by ChangeWA, was even after two officers had been cleared of wrongdoing in a fatal use-of-force incident, Socialist City Councilwoman Kshama Sawant accused the officers of “murder.” They also wrote, “The message sent was clear: If you’re an officer and get involved in a shooting, you’re automatically guilty.” City leaders are more likely to side with suspects over cops.

So, you’re a potential recruit or an officer with prior police experience, considering the SPD. Then you read about some newly discovered information in The Seattle Times about former Mayor “Summer of Love” (SoL). You recall she was the U.S. Attorney for Washington who led the corrupt effort that slapped a bogus federal consent decree on the SPD, which is still in effect today. Now you read that Mayor SoL had plans not to abandon (as they did) but to gift a Seattle police precinct to Black Lives Matter.

Parenthetically, though a massive library of video evidence tells a different story, the Times’ writers never used the word riot or rioter even once in the story. Although, these Baghdad Bobs do concede the protests were “intense.”

Little did they know, if the rioters had been just a bit more patient, Mayor SoL would have just given them the precinct they had under siege. Adding to what appears a coverup, the Times also reported text messages among “key decision makers…” including the mayor, fire, and police chiefs “have gone missing.” What are the odds?

Also, businesses and residents held hostage by the CHOP rioters/insurrectionists are now suing the city. Good! I worked in that neighborhood for over two decades. There are some really good people who needlessly suffered because of Mayor SoL’s callous disregard of the law-abiding.

Representatives for Mayor SoL “have denied…” the East Precinct “was offered and downplayed the notion….” But the investigation is telling a different story, with “memos demonstrating Durkan was interested in a transfer…” of the precinct to BLMSKC.

This anti-law-and-order behavior is a huge part of why police candidates are spurning Seattle for other communities. ChangeWa points to an article in the Casper Star-Tribune, written by Ellen Gerst, that specifically highlights one of the “quality officers in the area who might have joined [the SPD] but didn’t because of the toxic environment that currently exists.”

They featured former Tucson, AZ police officer Andrew Lincowski, who had lots of options other than law enforcement. He’s earned multiple degrees, including a Ph.D. in astronomy and astrobiology. But rather than pursue a career in academia, he wanted back into law enforcement.

However, after living in Seattle while completing his degree (and observing how city leaders treat the cops), he decided he’d rather serve somewhere other than in woke Tucson or ultra-woke Seattle.

Last December, having moved to Wyoming, he worked his first shift with the Casper Police Department. Lincowski said, “People want to come here from Seattle or Portland or Illinois or wherever… You couldn’t pay me enough to go work in some of those places, the anti-police sentiment, the rioters….”

So, Casper’s gain is Tucson’s and Seattle’s loss. Gerst wrote, “Officers have come from larger cities like Denver and Chicago and metropolitan areas in states including Arizona, Illinois, Florida, Louisiana, Virginia and North Carolina that dwarf Casper in size and call volume.”

Gerst noted Casper is attracting “a growing cohort of police officers who came here specifically for a place where they feel their job is respected.”

At the risk of being cliché, this is not rocket science, folks. People don’t want to work where they are not valued and treated with respect. And, something too many leftist political leaders refuse to acknowledge is cops are people. They close their minds to the plain truth that law enforcement officers are some of the most exceptional people our exceptional nation has to offer.

That these exceptional people choose to dedicate themselves and risk their lives to watch over America’s communities should be regarded as a gift from God.