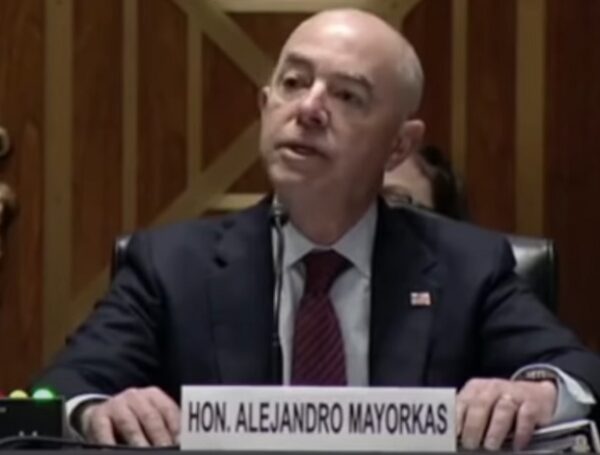 A literal mass of humanity appears to be wending its way toward America’s southern border. FOX News reports, “Panama warns 60K Haitian migrants heading to US.” According to reporter Jeff Paul, “Panama says Biden was warned of the migrant surge.”

So, what do people like Department of Homeland Security (DHS) Secretary Alejandro Mayorkas do when they don’t want to solve a problem, but they want look like they’re trying to solve a problem? They form a task force or, in Mayorkas’ case, a council.

In response to Biden’s self-inflicted border crisis, Mayorkas has created the Law Enforcement Coordination Council (LECC) of which he will preside as chairman. Engenders confidence, right? Not so much. Remember, this is the guy who is allowing illegal immigration of “economic” refugees, while threatening American boaters with prison for helping Cubans fleeing a brutal communist dictatorship.

Mayorkas says it’ll be the “first unified law enforcement coordination body.” The council will be responsible for training and policies across federal border and immigration law enforcement agencies. And with Alejandro Mayorkas as chair of the LECC, what could go wrong?

The DHS secretary “said it will ‘ensure our law enforcement personnel and our law enforcement partners have the training and tools to execute their mission, including by protecting civil rights, civil liberties, and privacy.’” Like not building the wall and taking away CBP’s horses. Like those “tools?”

FOX News’ Kelly Laco reported, “Law enforcement advocates are skeptical of the Department of Homeland Security’s new Law Enforcement Coordination Council (LECC), telling Fox News the Biden administration will have to prove that it is not just an empty action created as a public display of ‘show and tell.’” Which, based on Mayorkas’ job performance to date, is likely exactly what it is.

Speaking on FOX News, NPA’s own, “Sgt. Betsy Brantner Smith [Ret.], spokeswoman for the National Police Association, slammed Mayorkas for not demonstrating the ‘professional capability or moral authority’ to do his own job, let alone launch a new coordinating council.

“Before he takes on additional tasks he must secure the border, start supporting Immigration and Customs Enforcement (ICE) in their mission, and sincerely apologize to the mounted Border Patrol for the false attacks he has waged against them. In the alternative, if he continues to refuse to do his job and refuses to apologize to the mounted Border Patrol, he should resign.”

The Biden administration intentionally misconstrued viral images of mounted Border Patrol agents they described as “whipping” Haitians attempting to cross the border illegally. Mayorkas said he was “horrified” by images that have since been thoroughly debunked. He also made this vile and bogus accusation against the CBP agents. “One cannot weaponize a horse to aggressively attack a child.”

Mayorkas initially sounded reasonable, saying they would conduct an investigation before making any conclusions. Then, after Jen Psaki spewed the Biden administration’s toxic anti-CBP view, Mayorkas fell into line.

Sgt. Brantner Smith also called the new council “another layer of bureaucracy.” She says it will “hamper rather than enhance federal law enforcement.” She believes this because the various agencies have different scopes and aims “that may not align.”

“Additional federal oversight of state and local law enforcement is unwarranted but is likely where this is headed. American policing is purposely decentralized, and controlled at the local level,” Brantner Smith concluded.

Sheriff Mark Dannels of Cochise County, AZ explains the well-founded consternation of law enforcement regarding the new council. He said, “success of this proposed council is ‘only’ as successful as the leaders within and Secretary Mayorkas’ willingness to listen and act.”

Mayorkas does not have a good track record of listening to CBP or acting—unless it’s against the best interest of the United States’ sovereign borders.

The sheriff says he supports the “proposed ‘Law Enforcement Coordination Council…’” but with some caveats that are sure to disappoint the lawman. His first suggestion dooms any entity created by anyone in the Biden administration. “That the selected law enforcement leaders shall be non-political….”

That alone makes any chances of the council being effective certain to disappoint.