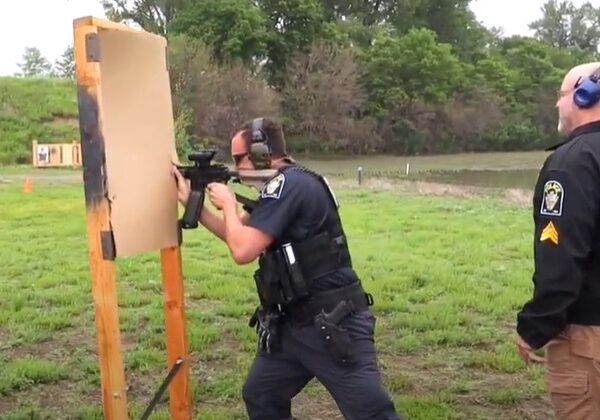 A subtle subset of the defund the police movement is efforts to defang the police by reducing the types of weapons available to them. During a recent decommissioning of a park police program in Chicago Heights, a suburb of Chicago, Mayor David Gonzalez shocked to find rifles in law enforcement agency’s inventory. “They’re meant for, I believe, military. I don’t see any reason why a part time park district officer would need that type of arsenal.”

First of all, Your Honor, we don’t have to do much math to compare the crime rate in your suburb of Chicago to Chicago’s crime rate. They are a very close match. And considering the violent crime rate, whose perpetrators don’t care about city limit signs or whether their victims are in the park or on the street, you can hardly blame even a small, part-time agency for wanting the proper equipment.

Secondly, there are thousands of different communities with different needs where law enforcement is desired. The list of specialty agencies is long including school and university police, hospital police, transit police, and policing in recreation areas. While traditional municipal police may be considered “regular” cops, they don’t get all the bad actors. Some of these specialty locations are uniquely attractive to criminals and pose threats to any citizen protected by any police officer regardless of their badge or uniform color.

Thirdly, access to a rifle is not an extravagance for a police officer. The unique places for basic patrol weapons, including the duty weapon, a shotgun, and a rifle, are for versatility in responding to a threat. While most officer-involved shootings, as well as most homicides, the handgun is the weapon of choice and immediate availability. Handguns are limited in at least two ways. One is their accuracy, which suffers significantly as the distance to the target increases. The other is their effective range. The popular police sidearm Glock using a 9mm cartridge has, for example, an effective range of under 60 yards. It can certainly be lethal at much longer distances, but relying on the ability to stop a deadly threat at even half that distance is tenuous.

Despite popular misconceptions, the most used rifle type is the AR-15 which is not a machine gun. It fires one bullet with each independent trigger pull.

While most officer-involved shootings happen at distances of less than 30 feet, there are deadly adversaries putting the public at risk well beyond that distance from responding officers. Offenders using rifles can easily outdistance officers with only handguns, a particular concern with active shooters where officers must move in as soon as possible to stop the threat. Suicide bombers must be dealt with from a distance. An offender using body armor can withstand typical handgun ammunition but will be much more vulnerable to a rifle round. Safely detonating a suspected explosive device may require a distant round from a rifle as well.

The needs of law enforcement are defined by the threats that they must face in order to protect the public from violent attacks. The use of rifles for patrol officers, rather than just special units like SWAT, came about as offenders began using rifles in their criminal activities. Notably, the event known as the 1997 North Hollywood shootout was a tipping point in providing rifles in addition to the shotguns long provided as an accessory in patrol cars. When 2 robbers with modified rifles and homemade body armor were caught exiting a bank robbery, they exchanged gunfire with arriving officers. Because responding officers had only their handguns and shotguns the gunfight extended for nearly a half-hour with an estimated 2,000 rounds being exchanged and a dozen officers injured. In addition to the arrival of SWAT with A-15, other officers had hastily obtained heavy rifles from a nearby sporting goods store.

Patrol rifles are now a standard issue in many police departments, carried either inside the cruiser in a secure rack or in the trunk. While visibly mounted rifles and shotguns upset some tender eyes, the accessibility to the officer and security of the weapons are the primary concern for their use. No officer should be denied a reasonable weapon where the possibility of its availability could mean life or death for themselves and the public they protect.