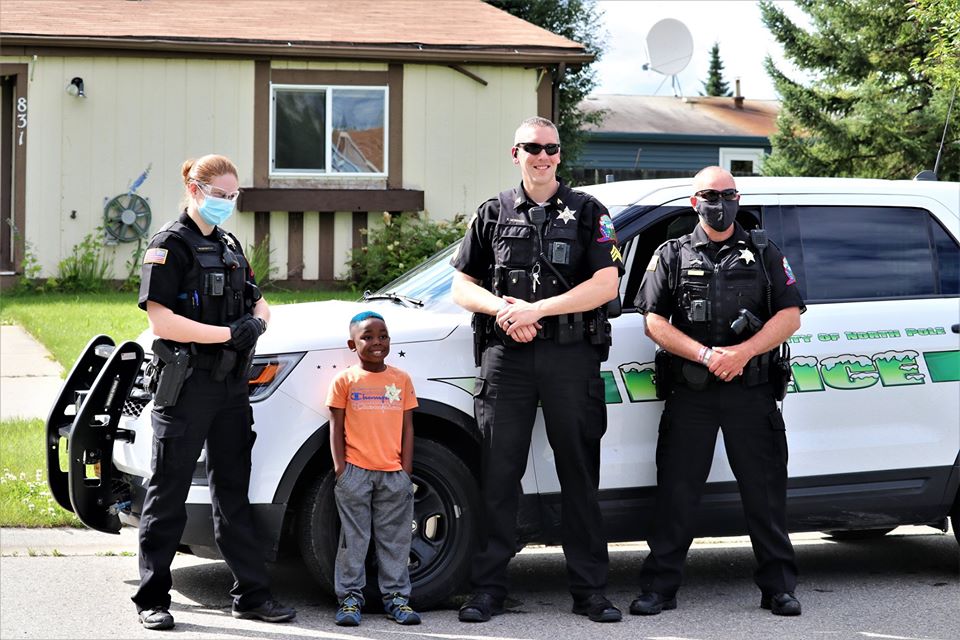 As daily media propagation papers the nation with negative story after negative story about the law enforcement community, I have been a steadfast witness to the exponential stories to the contrary of mouthpieces denouncing the police profession and those who do the job.

By no stretch is this a pity-party pitch to rebut the national platform and its battle cry of defunding and abolishing police. Conversely, it is a bell toll for the stalwart police practitioners who boot up and go out into mainstream society and deal with the forever changing tides: good, bad, and the hybrid bittersweet moments among humans.

It seems cartoonish to think it is all roses and unicorns in the life of a police officer. To the contrary, the job is enough to make most humans puke at the notion of utter depravity cops encounter on the daily. Yet, as in most things in life’s seemingly infinite dire straits, there are silver linings.

One such silver lining is a young boy who lives in North Pole, Alaska. You see, six-year-old Daniel adores police officers and firefighters (seems he has a beacon for/from public safety heroes). Daniel’s mom shared that he respects and admires men and women in uniform. Daniel does, however, lean more toward police officers (sorry not sorry, beloved fire services personnel).

Given the COVID-imposed restrictions, largely confining people to home-base and sanctioned snobbery for us all, Daniel’s mom reached out to the fine folks encompassing the North Pole Police Department, raising interest in any law enforcement officers finding time to help Daniel celebrate his sixth birthday.

I know of no cop Anywhere, USA who would decline such a party possibility. Cops love kids; kids love cops. Here was yet another win-win in the making…pure, organic, gleeful, memory-making interactions between cops and a kid.

And several people-serving police officials with the North Pole Police Department made it happen. The brilliance in young Daniel’s eyes and the reportedly omnipresent smile lit up the street he lives on, happily framed by North Pole police cruisers and a biggie-sized fire engine from the North Pole Fire Department. Daniel had no idea his birthday would be all badges and bunker gear, and that is merely one layer of this poignant story.

North Pole police Lieutenant Jeromey Lindhag graciously took the time out to speak with NPA, offering the fact that Daniel’s birthday shindig was an absolute surprise party…until the cops pulled up. Not with an Uh-oh! but more of a Oh, look…toys! Big toys! The sight of his buddies in blue affixed a tremendous smile on Daniel’s face, per Lt. Lindhag. He explained how “ecstatic” he was (referring to Daniel but I suspect the police administrator was also feeling quite…oath-filled). Lt. Lindhag knew Daniel from the many drive-by opportunities whereby the youngster made it his business to stop the police (again, a cop in the making) and say hello. (Seems Daniel’s “hello” is code for Can I see the emergency lights…and can I hear the siren? Can I get in? Can I work the switches and gadgets by myself?

Seems birthday goodies and police-related trinkets and mementos were also part of the order for the day.

North Pole police Sergeant Phil McBroom had Daniel hop up onto his lap while both sat behind the wheel of a real-life police cruiser. I dare declare…that perfectly punctuated Daniel’s birthday highlights reel. I also posit that that happy-hearted boy will remember this birthday event for the remainder of his life. Perhaps an influential catalyst toward a law enforcement career of his own, whereby an authentic metallic police badge is affixed to his uniform chest one day. As Sgt. McBroom told the National Police Association, Daniel declared “This is so awesome!”

North Pole police Officer James McBroom (Sgt. McBroom’s father) described Daniel’s reception to all his public safety heroes coming to his birthday party: “When we arrived, he was so excited he couldn’t stand still. So he took off running as fast as he could, stopping only long enough to jump as high as he could three or four times.” Sounds like a police recruit in the making, doesn’t it?

Officer McBroom continued: “His grandfather was very appreciative that we would take the time to visit a six-year-old.” Seems the North Pole police professionals made a mark on another heart that day, one he, too, will keep indelible and cherished. Amazing how one good deed snowballs into another with exponential dividends touching the souls of all parties at Daniel’s “party.” 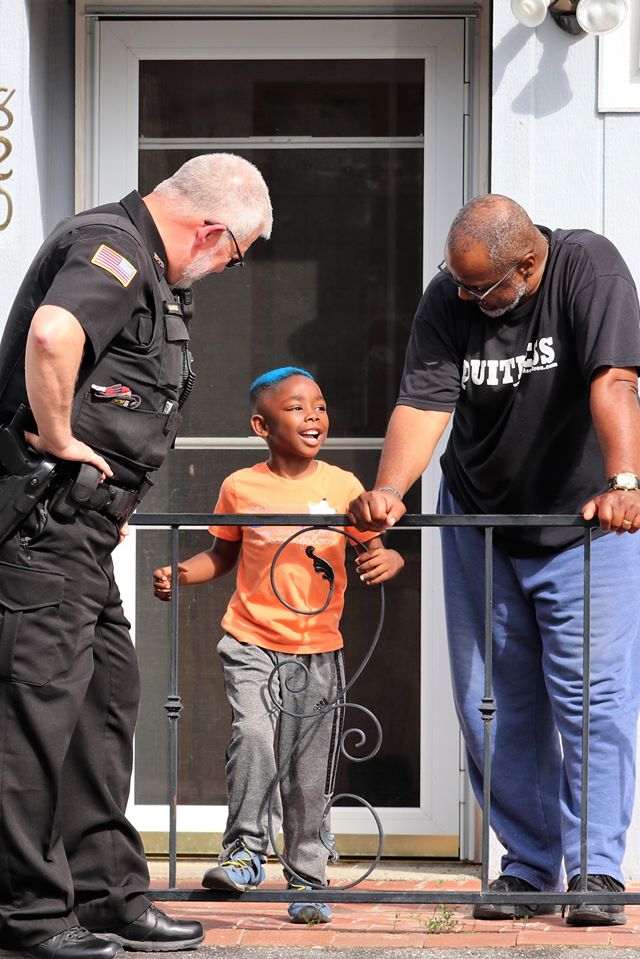 Daniel attested to that last fun fact, when North Pole police Officer Sydney Rosenbalm offered that Daniel’s “friends kept telling us that we had a new partner on the force.” Guess who? Sometimes bragging rights are deserved, especially when they come from a happy heart and with innocent trumpeting.

Daniel’s mom shared that her six-year-old son is an aspiring state trooper. (That’s the same age this writer gave birth to an imagined career as a law enforcement officer.) Daniel’s deep adoration for cops will serve him well until he juts his right hand, takes the Police Officers Oath, and commences to serve others—a canonized cop doing God’s work. Just like the McBroom officers, both of whom served in the military before joining the police force and serving as chaplains, Daniel is a do-gooder destined to repeat what was gifted him on his sixth birthday.

However biased I may be as a retired LEO, my many memories of how magnetic kids and cops were to each other remain treasured highlights among my own brain bank of life-altering moments which underscored why I took the Police Officers Oath. Growing up witnessing NYPD cops do the job, there was zero ambiguity of what I wanted to do with my life. I do believe this is the same for Daniel. Stemming from his adoration for the LEOs comprising the North Pole PD.

Sporting a North Pole police badge (sticker version; the metal one he will earn down the road), Daniel spent his birthday with the cool cops and friendly firefighters enriching the North Pole community. Not just about bank robberies and house fires, these badge bearers and bunker-gear gurus rolled out the royal treatment for a deserving kid whose happiness is infectious—just look at the expressions of any North Pole cop or firefighter for evidence.

All this is a befitting episode among myriad others whereby America’s law enforcement community is reliant upon successful with/for its constituents, and that often materializes in sincere support for the police objective to safeguard all persons and property—symbiosis of sorts. As the North Pole police force shared with the National Police Association, “We strive to create strong affirmative relationships with our community members and we have been very lucky to have received only more love and support from the members of our community during this time than ever before.”

Both Lt. Lindhag and NPPD evidence custodian/administrative assistant Rachel Wing shared that this is the latest in their department rolling out whatever resources and staffing it could when kids’ birthdays come up. That is a befitting conclusion denoting a law enforcement agency doing spectacular services for their citizens…especially for children who know a hero when they spot one or two or three…