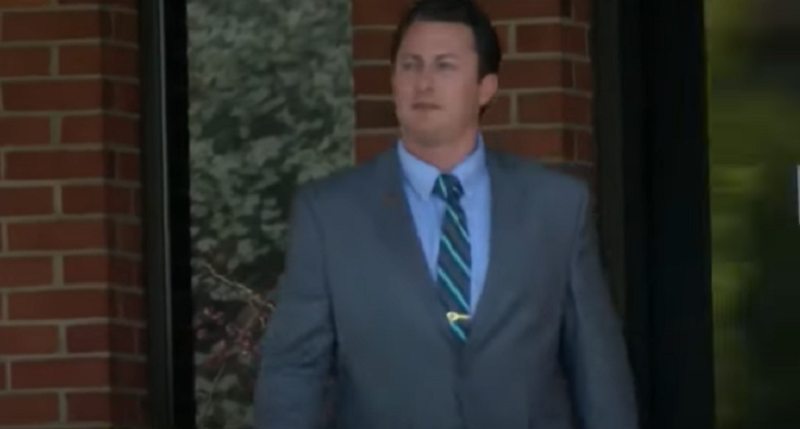 There have been a lot of acquittals of cops, lately. This is likely because prosecutors never should have charged the officers in the first place. So-called police “oversight” shouldn’t include trying every officer in a court of law—for doing their jobs—because you didn’t like the outcome.

“A jury has acquitted a Virginia police officer who was charged with murder for fatally shooting a driver who police said refused to exit his vehicle and drove toward officers,” according to a recent AP report.

As the AP originally reported back on May 4th, 2021, via ABC News, Bristol VA, prosecutors indicted Officer Jonathan Brown for “murder in the shooting death of a man in a vehicle near a motel….” Police identified the suspect as Jonathan Kohler of Bristol, TN.

The stories of the officers acquitted of criminal wrongdoing are remarkably similar. More often than not, it appears the officers were simply doing their jobs—their very difficult jobs—in good faith.

According to News Channel 11, Officer Brown told Kohler to get out of his car. Instead, investigators alleged Kohler fired five shots at the officer, one just barely missing his head. The officer returned fire with his AR-15, striking and killing Kohler as he allegedly drove toward the officer.

The AP reported, “A jury has acquitted a Virginia police officer who was charged with murder for fatally shooting a driver who police said refused to exit his vehicle and drove toward the officer.”

Critics said Officer Brown was “too aggressive.” Was that before or after the bullets whizzed past the officer’s head as a car sped toward him?

The AP also reported, “jurors deliberated for less than two hours before finding Officer Jonathan Brown not guilty… in the death of Jonathan Kohler….” Only two hours because he never should have been charged.

I intended to write only about Officer Brown’s acquittal, but while doing research, other similar recent acquittals popped up, which deserve mention.

A month earlier, in Fairfax, VA. WFXR reported another Virginia jury had acquitted another police officer. This one a misdemeanor assault charge for “firing a stun gun at a Black [sic] man who’d been acting erratically.”

In June 2020, Fairfax County Police Officer Tyler Timberlake faced assault charges “after bodycam video showed him arriving and quickly firing his stun gun at the man after other officers had spent several minutes trying to persuade him to get into an ambulance to go to a detox center.”

Often, non-Taser equipped officers will call an officer equipped with a Taser to a scene where the device could be useful. The arriving Taser officer knows the officers have already tried to deescalate and have determined another level in the use-of-force continuum is warranted.

In the interest of public education, an officer is not obligated to go incrementally through every step of the use-of-force continuum at every incident. Rather than continuum, the word use-of-force options might be more accurate. In some instances, officers may progress through each or some step(s)/option(s). In other circumstances, an officer may not go past officer presence or may have to go directly to lethal force.

Say an officer runs around a corner into an alley and confronts a suspect pointing a gun at him or her. We’re suddenly way past officer presence, verbal commands, or Tasers—if the officer wants to go home after the watch is over.

In Officer Timberlake’s case, expert testimony focused on the suspect allegedly being high on PCP (experts testified he had PCP in his system) and “that people high on PCP can quickly become violent.”

Like in Officer Brown’s trial, the jury came back with a “not guilty” verdict after only “a few hours of deliberation.”

Charging officers who don’t deserve it doesn’t placate the cop-haters. It simply gives them more ammunition to claim, “too many officers are not convicted.” And radical leftists just see it as proof of cops getting away with “racism.”

Recently, in Duluth, MN., Officer Tyler Leibfried walked out of a St. Louis County courtroom after a jury found him “not guilty.” The Twin Cities Pioneer Press reported, “a jury acquitted him of two felony charges stemming from the shooting of a man through a door of a downtown apartment in 2020.”

Once again, prosecutors “chose to charge and prosecute the case…” because they felt the officer’s actions were “not reasonable under the circumstances….” The officer fired when he thought shots were being fired when the person inside had used a hatchet to bang on a door inside the apartment. Too bad the officer didn’t have his department-issued x-ray glasses on that day.

One of the prosecutor’s criticisms was the officer didn’t react in a “split-second,” but waited a “full 10 seconds….” . He or she argued, instead, the officer “could have waited longer, attempted to communicate with his partner [whatever that means], or attempted to run away—‘escape down the hallway.’”

This is how too many non-cops think, even those who should know better like prosecutors who refuse to give cops any benefit of the doubt. Especially when the prosecutor has weeks or months to review the officer’s actions, with 20/20 hindsight. But, after all, the cop did have a “full 10 seconds” to make his decision.

And once again, the prosecutors who chose to charge the officer lamented the verdict was “hugely disappointing….” Officer Stangel’s attorney, Nicole Pifari, on the other hand, said, “We’re happy that the jury took their job so seriously, and we think that the verdict is the right one.”

Also, a Kentucky jury found former Louisville Metro P.D. Officer Brett Hankison “not guilty” for firing his weapon during the incident in which Breonna Taylor lost her life. The Limited Times reported the jury deliberated for three hours.

It was the highly politicized New York State Attorney General’s Office that brought the charges, not a local court. Officer Oropallo’s attorney, Ray Schlather, gave a spot-on analysis. “I think the jury clearly understood that officer [sic] Orapollo and the officers with whom he works were just doing their job and they were doing it right and the attorney general overstepped herself in prosecuting this case.”

We all need to contact our political representatives and tell them it’s long past time to stop criminalizing enforcing the law and demonizing those who enforce it.