Skip to content
Is It Too Soon to Say I Told You So? 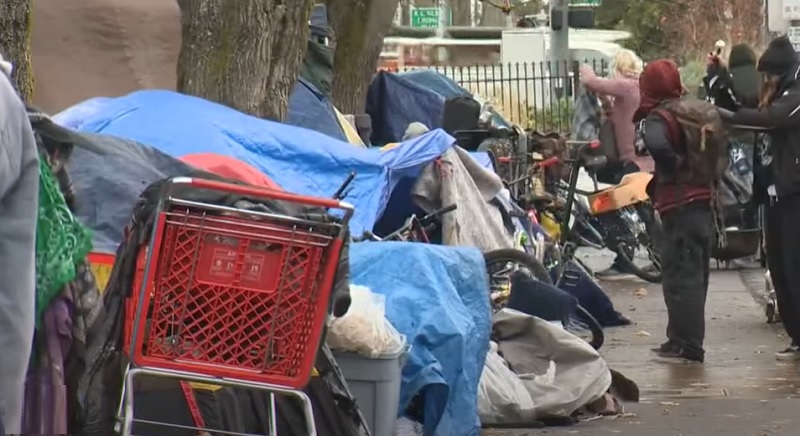 One way to reduce crime rates is to redefine it so that it is no longer a crime. Want to eliminate arrests for armed robbery? Make stealing things from people by threatening them with violence a social problem, mental health issue, or public health concern, but not a crime. No crime, no need for police reports, no need for courts, just help these misguided people who can’t help themselves stop taking things by threatening people.

As ludicrous as it sounds, this is exactly the approach many prosecutors and legislators are taking. Whether that means changing offenses from felonies to misdemeanors, refusing to prosecute shoplifting, trespassing, and even robbery if nobody was shot, the idea that facing prison might make a potential offender think twice seems to be too unfair in the utopian world of justice reform.

The grand experiment in Oregon seems to be a good example to consider. The Drug Addiction Treatment and Recovery Act in 2020 emphasized de-criminalization and rehabilitation of drug offenses involving heroin, cocaine, methamphetamine, and other drugs when possessed in “personal use” amounts. Supporters want to eliminate the stigma attached to addiction, keep people out of jail, and avoid saddling drug users with a criminal record. In other words, those who use drugs must only suffer what addiction does to them, but without consequences for what drug use does to others and society at large.

To be fair, there is reasonable compassion for the addict who made a few bad decisions or went through a tough season and turned to substance use as a coping mechanism or even recreation. And, of course, there are those for who legitimate prescription pain relief was needed but got out of control. We agree that there is a stigma and that the long-term success of managing addiction is no worse than those who fail to manage their high blood pressure, diabetes, or asthma but who suffer from their conditions without being jailed or outcast.

If the world of wishing things were better was one in which reality exists, the concept sounds delightful. It aligns with modern parenting where we impose no guilt and no pain on children making harmful decisions, but the temporary removal of their video games to sit in their time-out chair and think about what they’ve done. The main thought that is produced, at least in my estimation, is “I got away with it. Worth it, even if I have to drop a few crocodile tears.”

The numbers are not good. Recent reports indicate that Oregon still is among the nation’s highest population of drug addicts. Overdose deaths have risen 20% since the new legislation which translates into over a thousand dead, and fewer than 1% accept attendance at rehab. Even with the low attendance, Oregon facilities lack the capacity for a major influx of patients.

Although the research is still ongoing, court-compelled participation in substance abuse programs has similar or superior persistence over voluntary participation. Oregon has thrown that option away and removed all legal incentives for those in need of treatment.

An expert on addiction, Keith Humphreys told Oregon lawmakers recently that the state’s drug policy encourages drug use and has no deterrents. “Addicted people usually do not seek treatment and recovery without external pressure from family, friends, employers, health care providers or the law. Why does this matter? It matters because Oregon has removed all legal pressure to stop drug use and seek treatment. Because many addicted people are not working or in touch with their family, those pressures to stop using drugs and alcohol are absent from their lives,” Humphreys said.

Law enforcement can cite a person in possession of drugs with a ticket that carries a fine of $100.00 which can be waived if the offender accesses services. The majority of tickets and court dates are simply ignored, and only a tiny fraction of those ticketed call the helpline that would waive the fine.

Residents report being more fearful of going out as the perception of unbridled drug offenders is causing an increase in crime. Those numbers are disputed, but measures of crime rates (obviously down in the drug offender category since it is now virtually legal) and measures of fear of crime are two different things.

Optimists say that Oregon has moved in the right direction and simply hasn’t done enough (even with over $300 million from marijuana tax revenues) to invest in treatment and education. In typical utopian thinking, if breaking down the social order didn’t work well the first time, keep breaking it down until it works. If only policymakers would get addicted to reality.