Skip to content
Is Being Slandered Just Part of the Police Officer’s Job? 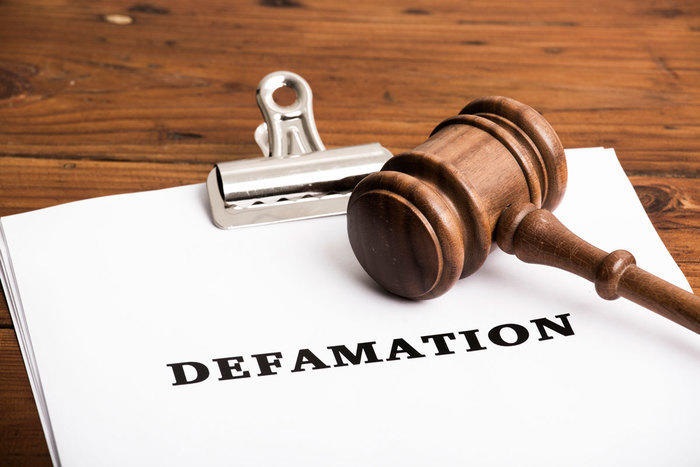 At a recent judge’s conference, a high-level justice cautioned his audience of judges to be careful about making open court opinion statements about a police officer’s credibility or competence. For this appellate judge to make this aside in the midst of a presentation is an indicator of the apparent frequency of such pronouncements from the bench.

Many police officers, including this writer, have been publicly shamed by criminal justice officials with apparent disregard for the consequences to the officers’ reputations. Is taking slanderous statements just part of being a cop?

Slander is a loaded term and has a legal definition. Slander is a statement made known to others that is false and damages the person’s reputation. In order to sue someone for slander (or libel if the false statement is in print), a person who believes they have been the victim of a false statement must also show that they have been damaged by that statement. Police officers have a hard time proving that the lost promotion or other financial impact was a direct result of a particular statement.

Another impediment to holding judicial officials accountable for accusatory language toward police officers is that there are immunity protections for judges and prosecutors. While police officers are being denied qualified immunity in more and more jurisdictions, even greater immunity privileges by other criminal justice personnel remain untouched and unquestioned. In addition, public figures or persons in newsworthy matters of public interest have less protection from defamatory remarks.

In 2016 a prosecutor in Baltimore prosecuted officers for an in-custody death. The case was inadequate, went nowhere, and devastated the officers involved. They sued the prosecutor and, although they ultimately failed to get past her immunity defense, made significant headway in making the case that there are lines that should not be crossed by prosecutors condemning law enforcement officers without sufficient objective evidence.

Retired Louisville Metro Police Detective Jonathan Mattingly was shot by Breonna Taylor’s boyfriend, Kenneth Walker, while leading a raid into Taylor’s home on March 13, 2020. During this high-profile case, Louisville attorney Steve Romines reportedly told a media outlet last October that Mattingly “executed” Taylor during the raid. Romines accused Mattingly of “breaking” into Taylor’s apartment, trying to “frame” Walker for a crime and covering up “murder” according to a defamation lawsuit Mattingly has filed against the attorney.

It remains to be seen whether this attorney will be held accountable for his statements against the officer, but it would be a win for police officers everywhere.

One of my officers was lectured from the bench for failing to follow a court-ordered procedure that the judge had never published to my agency. The officer had, in fact, followed the latest procedure. When I pointed this out to the judge, he admitted that it was his error, not the officers. But while the critique occurred in open court, the apology did not. In another incident, a prosecutor expressed frustration that my officers failed to provide evidence that had been made available to the defense. Annoyed, he summoned the case officers to his office to angrily demand an answer for why he was embarrassed in court. When we provided the receipt for the evidence that showed his office had in fact received and signed for the evidence, his anger was deflated. But, again, accusations in open court did not generate a public apology or correction.

It is one thing, and no surprise, when the criminal element spews lies and accusations against police officers for which they are seldom held accountable. What officers must also face is derision, accusations, and disrespect from persons in the criminal justice system who depend on law enforcement officers to keep the system operating for the public good.

An officer reached out to me recently reporting that a prosecutor lied about his credibility and admitted to the false statement in a later investigation. While the accusation against the officer was made in open court, there has been no public assertion of the officer’s integrity. The false statement continues to haunt the officer’s ability to be considered credible in subsequent cases.

With the credibility of law enforcement assailed incessantly by critics and anti-police politicians, officers must be diligent in protecting their integrity and credibility. If even an unfounded accusation from the bench becomes a matter of record, it could affect the officer’s personnel file and ability to testify in other criminal cases. Officers should not be passive in accepting untrue characterizations of their professionalism. Judges, prosecutors, and defense attorneys must be held accountable for unprivileged comments that slander our officers.