Skip to content
All Hands On Deck For Halloween Safety 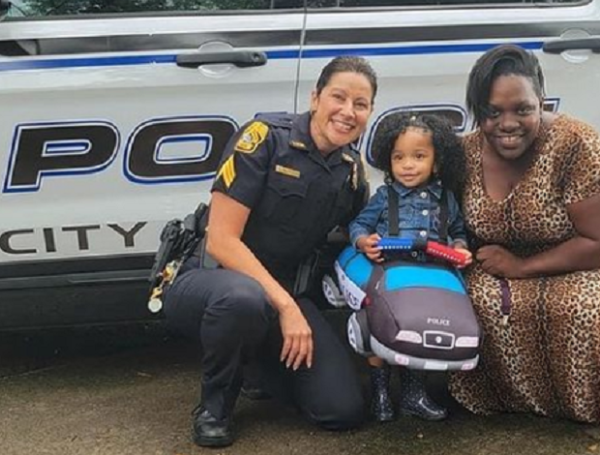 It is certainly difficult to determine where we are going to wind up in American society and the elbowing by anti-police organisms against our nation’s public safety pros feverishly trying to safeguard those who  cherish life, liberty and the pursuit of happiness,

Way too much needless erosion of our public safety pact in the United States, leading to dire circumstances and scenarios evolving in otherwise avoidable consequences…if only we all concurred on the fact that cops are necessary to combat criminality, always.

It requires zero calculus to arrive at dividends evolving from police presence and the law enforcement institution’s sustained ability to garner lofty differences with respect to public safety.

As we navigate Halloween and the youngsters who thrill from dress-up, gobs of sweetened goods, and whatever specialFX brouhaha kids can muster to tickle fancies while strutting costumery, cops remain vigilant of the nefarious minds who seek to infiltrate the fanfare and launch illicit-minded schemes. We go through this every year, then hope beyond hope there are zero instances in after-reports citing horrific affronts to young ones who merely sought to revel innocently.

This year, though, law enforcement is nevertheless hypervigilant while doing more with less, in large part due to diminished ranks maintaining the public safety mission exceptionally burdened by pandemic impositions and super-sensitivity amid our populace enduring virologic scourge/boundaries.

The perfunctory rules and regulations applicable to motorists raising their awareness to excited kids darting between parked cars is always a considerable factor —especially with regards to distracted children enthusiastically eyeing a string of neighbors offering treats— and local cops patrol as much as plausible (given staffing shortages reported throughout the nation).

On that note, leave it to one of America’s most candid law enforcement executives to exercise funny-bones and wit by employing humor in a feverish climate which can sure use a dose of levity. Polk County, Florida, Sheriff Grady Judd and his social media posters offered the following nugget illustrating a sign of the times:

Indeed, all hands on deck would be delightful and safe for all. Unfortunately, a certain political party and its activist minions do not seem to care about fun and frolic…but they sure do fit in with ghoulish behaviors, frighteningly. Definitely a Funny, Not Funny contender.

When in service on midnight shift, my squad’s primary concentration on Halloween was to be visible, naturally; it was the order in roll call orations just before sunset, re-emphasizing focus on child safety, in myriad manners of implementation.

Here’s my bias in neon lights: among many kids’ costume choices were boys and girls donning distinct blue attire with accessories emblematic of police officers. No different than an official physician impressed with a kid dressed like a doctor, I especially admired youngsters who opted for a law and-order representation, marveled by their mindsets and declarations of doing the right thing on behalf of strangers.

When the elements seemed to align, allowing for a stop-and-chat moment, the invariable answer explaining their police-costume selection was based on wishes “to be a cop someday” and “wanting to help people.” How refreshing! Especially nowadays when cops are being unnecessarily denigrated to sadistic extremes, with youngsters witnessing matters they likely cannot understand, probably mired by the images of their heroes subjected to the onslaught of hate and despicable behavior.

The youngster standing with Atlanta cops in the above photo was taken a day before Halloween. Why so soon, instead of waiting one more day? Well, the story is that 5-year-old Eli Johnson’s grandfather, Dr. Lee, not only suited him in blue police garb for Halloween but also had Atlanta police officers surprise him with the outfit.

A squad of Atlanta cops “gave him this [uniform] as well as a notebook, APD patches, and an APD Challenge Coin. It made his whole day!”

Physical interactions with police enable children to see for themselves the reality of huge hearts behind those justice badges. Every cop shop I know of caters candies to trick-or-treaters on Halloween. Detroit police personnel spent hours gathering and bagging treats for children on Halloween:

Per Detroit PD social media advisory, “Our DPD Neighborhood Police Officers were hard at work packing bags full of candy for children to have the safest and most fun Halloween yet!

“We’ll be passing out candy bags with drive-up locations at each DPD precinct on Sunday, Oct. 31 from 4 to 7 p.m. See you then!” Not just the goods, but safety precautions undertaken at “drive-up” points at all of their 12 precincts.

As for our cover photo atop this article, there is a relative backstory befitting police roles and meeting needs, as follows:

As part of the Cops in the Community campaign, “Tampa Police Officers were notified that 18-month-old Miss Mo’Lani was in need of a Halloween costume. Thanks to our partnership with @childrenwithvision, we obtained the perfect costume for her!! Welcome to Tampa PD, Mo’Lani! You are the cutest officer we have on the force! We hope you have a wonderful Halloween this weekend!”

I certainly hope in each instance of a present-day on-duty cop pulling a shift on Halloween, time is afforded for real-life police heroes to meet and greet their formidable successors, albeit futuristically. Such an interaction serves as a grand emulsifier for present potential and infinite possibilities with respect to courageous and brave hearts eyeing a justice shield.

Kudos to the cops on-duty protecting all our children while their own maintain a patient wait for their police mom or dad to return home.