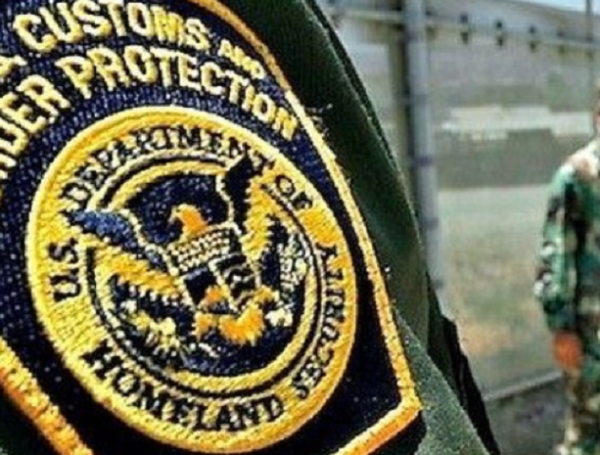 The old catchphrase “Crime doesn’t pay” is being boldly contradicted by the liberal party’s usual catering to and coddling of illicit feats. Now, they are considering compensating illegal immigrants with a whopping $450,000! Of your tax dollars!

This is the latest in legendary lunacy officiated by the liberal faction playing political chicken not only with Americans, their hard-earned livelihoods, and citizens’ constitutional stabilization, but also endangering our public safety demographic fighting the good fight under duress of being fired for yet another bully browbeating (jab or no job).

There’s ample material to illustrate and analyze this topic, and we’ll provide a few pictorials for context and substantive commentary, including the ACLU’s role in growing the enrich-illegal-immigrants malignancy.

Having spent a career policing, no law enforcement officer wants to witness their own employers fanning the frenzy of illegal anything (as counterintuitive as it gets), to the detriment of all sworn personnel who have not only expended significant effort to achieve a justice badge but are also shaken by personal and professional constitutions being second-seated…due to figureheads with obese egos doling cash because U.S. taxpayers approved it for political favor (muscling up).

As my congressional district Rep. Vern Buchanan wrote today, “As if canceling construction of the border wall, failing to deport those who enter our country illegally and promising mass amnesty for millions of illegal immigrants wasn’t bad enough, the Biden administration is now looking to reward those who broke our laws and snuck into our country with millions of your hard-earned taxpayer dollars.”

It all irks me. And as for our brother and sister Border Patrol, ICE, CBP, and all other agents coopted to stand on the line against mega-flows of illegal immigrants, all of these LEOs are endangered by the grotesque plan floated to copiously compensate thousands who have no legal basis to stand here…thus enticing much more of the same sovereign-weakening recklessness exhibited by the “elected” party. All in the name of luring voters to help scratch the power-grabbing itch?

The peril to any U.S. federal agents has been increasingly high for myriad factors largely stemming from the cowardly catastrophes unloosed by terrorists’ and, more-so lately, literal truckloads of smuggled immigrants. Although the Border Patrol has been reporting record numbers of arrests along our southern fringe, it doesn’t stop the checkered flag-wave by certain Capitol Hill occupiers and Mr. President.

The Hallmark of the come one, come all party stirs the criminal cauldron and sets in motion some very treacherous figures traversing among foreigners desperate for a different life, and that doesn’t bode well for any law enforcer anywhere (nor tax-paying, law-abiding citizenry).

Similar sentiments are due the professional lifesavers employed by New York City government whose senses seem as sharp as a bowling ball.

Throughout the week, hordes of New York City cops, firefighters, EMS responders, sanitation haulers, and hospital nurses courageously continued the march, upholding their rights to decline the mandatory administration of vaccines pushed by tyrannical overlords. This, during the week of National First Responders Day.

The FDNY firefighters’ union president framed it interestingly well when he cited last year’s fire stats while everyone was working as usual, responding with PPEs to large volumes of 9-1-1 requests. Segueing to the present state of dire straits in NYC, his common denominator is the crazy number of calls the FDNY and EMS receive daily will still be responded to, except it may take a longer period of response time due to fewer firefighters or paramedics (thanks to firings or suspensions without pay, etc.), thus jeopardizing the lives of some who, as he said, may not be salvageable given the expanded window of lapsed time before help is physically implemented.

In a parallel way, that also goes for NYPD cops racing to crimes in progress (bad actors will voraciously feast on vulnerable environments) or whatever catastrophe is flooding their 9-1-1 call center.

For both the NYPD and FDNY, what we just analyzed equates to an already imperiled set of public safety professionals taking on additional danger due to inadequate staffing levels, all while their vocal cords are crushed by dictatorial boots.

It follows: scaled down NYPD squads from this otherwise avoidable mess means effectively abandoning proactive policing so that skeletal readiness is not further depleted. You know what that means?

Criminal elements ordinarily pursuing prey and scoping for their next “opportunity” to elevate themselves by victimizing someone else…are emboldened and increasingly dangerous with significantly reduced or zero abatement potential by police.

Anytime my squad went below the minimum threshold of on-duty officers, proactive policing (self-initiated activity) got the night off while criminals got ghosted, by default. My experience with skeletal staffing stemmed from sick outs, vacations, training credits, and approved PTOs; never have I seen anything close to what is going on in departments mandating vaccines for all cops.

The NYPD predicament further twists the gut of cops trying to operate in a largely anti-police environment, but it is a component of bureaucracy and mismanaged matters worsened by myopic dictatorial figureheads who believe in fairytales.

See a problem, just throw more money at it! NYC’s alternate universe mayor just said he’s “prepared” to pay overtime to cops, glossing over the fatigue factor and how humans of any status (and those they serve) are endangered when faculties are understandably thin due to unrest. A certain segue to that point is the mental anguish from uncalled-for circumstances generated by Hizzoner and his ilk.

How soon some forget the hugely deserved “essential workers” parades and accolades provided to the exact cadres who are now viewed as problematic.

You want them when you need them. You flip and launch defunding efforts because…activists. They can stay if vaccinated. They’re fired if they refuse unconstitutional mandates. (I need to check the DSM to see if “Bipolar Governments” was added to the literature comprising psychological diagnoses.)

The chameleons at and around the 1600 block of Pennsylvania Avenue are flinting the sparks that have been sizzling lately, amplified by the bull dung matter zigging and zagging in the multi-trillion-dollar fictional novellas created with fingers crossed behind partisan ploy-makers.

Albeit on a local level, New York City is parroting the federal-level upheaval, subjecting its field assets to unconstitutional say-so.

This morning’s disgusting reports are covering the absolutely expected byproduct of city Sanitation workers joining all the others in the essential workers demographic, spearheaded by rights to choose what gets entered into their bodies.

According to family/friends in NYC, garbage is starting to stack and stink, already-limited space on streets is shrinking due to trash heaps (expected), citizens are complaining (foreseeable), and all of this was easily avoidable if only Gotham’s government honored constitutional choice (spiritual bases) and refrain from overreach (a Big Apple worm).

My family still lives in NYC. It ain’t pretty. Gloom is in the air, besides the waft of waste.

(This depicts stacked garbage during ordinary times roughly 13 weeks ago. Photo courtesy of the Sanitation Department of New York.)

Although it has been a running theory that, having underwhelming defund-the-police results, liberal leaders (majority of NYC government) switched schematics and resorted to dwindling city cops by swindling them out of their careers under pressure of vaccine mandates. But now it’s all essential workers, so you be the judge of their logic and methods of exercising power and authority.

On the grand scale, the anti-police party responsible for all this upheaval is now reportedly eating their own, with reports of party infighting. Given their sketchy methods and record of abysmal governing, and how all this twisted bind does zero for balanced equilibrium and furthers unsettlement after a pandemic pounce, you can bet bigly that criminals are finding all this quite delicious. As I wrote in a previous article: “Police Presence Will Always Make A Massive Difference.”

And that also underscores our point, that the nation’s public safety assets are being unduly subjected to heightened risks and threats to their lives, while they go about trying to serve and protect to ensure the safety of the American public.

If there is any solace during or after the fallout and wreckage from this topsy-turvy partisan party— the one which only pays $100k to grieving military families while willingly forking over roughly $1 million to illegal immigrants for self-inflicted duress, the one which may pay more to illegals than families of 9/11 victims—  it is that we have the right and determination to see their bags are packed and ready to go when the time comes.

Let’s conclude with Tucker’s take on the entire mess: