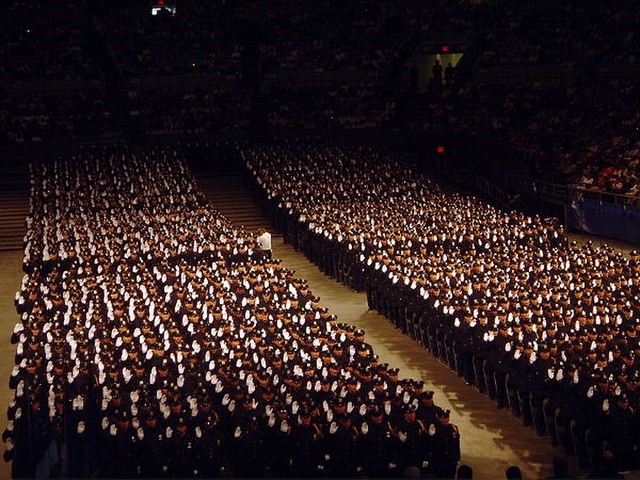 After I retired, I kept finding myself telling my fellow officers, “I didn’t think it could get any worse.” But the number of cops leaving their agencies keeps getting worse. But that’s the disaster of radical incrementalism that leftist jurisdictions apply by policy through propaganda and indoctrination, which forces good officers to retire or resign.

For example, what began in earnest in Seattle around 2010, with leftist indoctrination disguised as police training, turned into, in 2012, becoming one of the many American police departments targeted by Obama’s DOJ for a bogus consent decree. The city went through the self-inflicted, murderous mayhem of the CHOP/CHAZ debacle in 2020. And, finally, all this—and more—has led to the staffing catastrophe Seattle, New York City, and so many other blue city law enforcement agencies are suffering today.

The New York Post recently published a story about the New York Police Department set to lose a record 4,000 officers by the end of 2020. Reading the story was disconcerting, though not surprising, based on how NYC leaders have treated their cops. But I focused on the Post’s interview with a veteran officer who recently fled the NYPD.

I could relate to his comment, “the NYPD has… become worse…. I didn’t… know that was possible.” In other words, “I didn’t think it could get any worse.”

As the Post put it, “For New York’s Finest, surging crime, bail reform, anti-cop hostility, the defund-the-police movement, and battles over the city’s vaccination mandate are signs that it’s time to go.”

According to National Review, the New York Supreme Court just ruled the city had no authority to fire city employees and Mayor Eric Adams and Health Commissioner David Chokshi were being “arbitrary and capricious” in doing so. The court ordered the city to rehire those fired and give them back pay.

One 30-year-old cop from Queens, who’d landed his “dream job” only seven years ago, just quit the NYPD and went to work in the private sector.

He told the Post, “I have no regrets about leaving. From what I hear from the many officers I still speak to, the NYPD has actually somehow become worse in just the few months I’ve been gone. I didn’t even know that was possible. The job has become unsustainable for a lot of people — financially, mentally, everything about it.”

The former officer described cops wanting to have pride in their jobs. But he said, “pride only goes so far when you’re constantly being beat down and treated like a child by the department’s incompetent and ignorant leaders and disrespected by the public on a daily basis. When the whole system is working against you, when you can’t cover your bills and never see your family, you start to ask, ‘Why am I doing this anymore?’”

And in New York State, anti-copism starts right at the top. The other night in the debate between Democrat Governor Kathy Hochul and her challenger Republican U.S. Rep. Lee Zeldin, Hochul seemed baffled that Zeldin wanted to put criminals in jail. She seemed utterly confused by the concept of incarcerating bad guys who do bad things to good people.

But that’s what cops want, too. They want to help people, in part, by putting bad guys in jail, so they can’t hurt good people. But too many city and department leaders won’t let them. They’re tethered to an unrealistic view of the rule of law, equal justice, and law and order. In their Bizarro World, everything is the opposite of sane.

NYC Mayor Eric Adams recently told people they aren’t seeing the crime they are seeing and instead have a warped perspective on crime. Gov. Hochul wants to blame all violent crime on guns. However, while there are certainly plenty of crimes committed with firearms, several recent attacks involved knives, hatchets, machetes, hands and feet, and suspects shoving people off subway platforms.

Patrick Lynch, president of the police union, said, “We keep ringing the alarm bell louder and louder, and every month the numbers get worse. We have gone from a staffing problem, to a staffing crisis, and now to a full-blown staffing emergency. The city must immediately address the low pay and punishing work schedules that are driving cops out.”