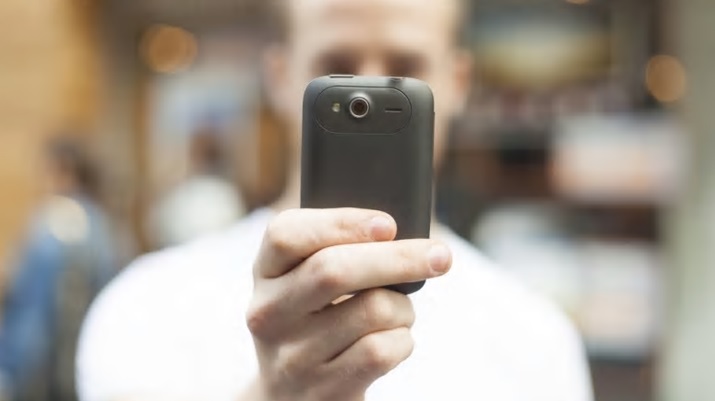 Obviously, some folks don’t see the police as the guardians of liberty that they are. I wrote about an incident in my first book, where a Libertarian Party acquaintance, so distrustful of any government, had talked herself into being pathologically afraid of the police. I told her she might lessen her fear of law enforcement if she went on a ride-along with me. She agreed, but….

She set some conditions. We had to meet in a public place, not at a police station, and a friend of hers had to “witness” her getting into my car. I cancelled the ride-along right there and then. That is not sane behavior. She had descended from what may have been a healthy wariness of government to a debilitating paranoia. But other people go even further. They morph their distrust of government into a poisonous hatred of anything government—especially the police.

There are some issues to emphasize about contacts with these hateful loons who video record cops trying to do their jobs. First, whether a person is an “official” jerk, belongs to one of the anti-cop groups mentioned below, or someone just freelancing as a jerk, there is a fine line between video recording cops while they are working and obstructing a police officer.

If you walk up to cops who are not on a call and begin to hurl vile epithets at them, that’s one thing. But if you do this while the cops are engaged in performing their duties, especially dealing with suspicious people, doesn’t that go beyond what the First Amendment protects?

Location, positioning, time of day, and environmental conditions define that line. For example, I once watched a John Stossel TV segment about this issue. In one example a man was video recording a police officer during a traffic stop. He was filming in a manner and from a location where he was not a threat to the cop. Still, the officer got upset and arrested the man.

I also covered Stossel’s segment in my book, De-Policing America. I wrote, “In one instance, even though the woman was in her own yard, she was standing behind officers with her cellphone, video recording the incident. The nearest officer explained he wasn’t comfortable having someone standing so closely behind him and told her to go inside her house. She refused. If someone wants to harm an officer where better than while standing close behind the officer?” The officers were dealing with a hostile suspect.

I wrote a recent article about a foul-mouthed lout who recorded himself in a video fabricating outrage at the way two cops had parked their patrol car. Utterly ridiculous, but if you saw and heard him spew his vulgar tirade at the officers, you’d see he seemed to believe he was convincing people he’d just witnessed the greatest atrocity since the 9/11 attacks.

That truly unpleasant human being is typical of members of groups such as First Amendment Audits, Copblock.org, and Copwatch.org. These folks want people to believe they are objective watchdogs over police misbehavior. But that’s not true. Just go online and watch these group members’ behavior on Youtube and other platforms. You can see these folks not only video record officers but also are verbally abusive and hostile from the very beginning of their confrontations with cops.

In one instance, a clown identified as a First Amendment Audits member walks toward what appears to be cops investigating a suspicious circumstances type call. The guy says to the subjects the officers were dealing with, “I’m trying to protect your rights. I’m a cop watcher.” He then tells the person, “These cops like to kill people… kill people.”

His negative assumptions are neither objective nor rational. They’re pure hate. He doesn’t know what the officers are doing. The people could be wanted felons for all he knows. He doesn’t know these officers, and he hasn’t seen them do anything but talk, never mind do anything wrong. As one officer walks over to ask what the man wants, he finishes his objective civil discourse with, “Get the f—k away from me you f—king pig.” How charming is that?

Of course, he spouted concern for his First Amendment rights, which may be justified, to a degree. But there are other valid considerations. For one thing, when you have two officers dealing with two suspects, another idiot standing and making rude comments only a few yards away, just gives officers an unneeded distraction. Distractions get cops hurt and killed. The moron may know he doesn’t intend to harm the officers. But the officers would be foolish to bet their lives that he won’t.

Ironically, members of these cop-hating groups accusing officers of being bullies are themselves bullies. Though they say they target “bad cops,” they appear to initiate every contact with law enforcement as if they are dealing with “bad cops.” This says a lot about the venom and lack of objectivity in their anti-cop ideology.

For example, groups like this were among those who used to demand less-than-lethal use-of-force alternatives such as Tasers. Now, Copwatch advertises on its website the “Coalition for a Taser Free Berkeley.” They also routinely refer to criminal suspects as “victims,” and to those who’ve died during police uses-of-force as having been “murdered.”

While I cannot cover the entire gamut of these groups’ attempts to elude the law, I had some personal experience with so-called Sovereign Citizens attempting to avoid registering their vehicles with the state. The FBI and other agencies around the world have even classified some of these loosely affiliated Sovereign Citizen groups as domestic terrorists.

The FBI reports members of this movement have a history of using self-made license plates. Aside from other laws they don’t adhere to, they don’t feel society has a right to enforce traffic codes and laws against them. Here is an example.

My partner and I dealt with some of these dolts back in the late 90s. They were fabricating their own license plates and attaching them to their cars. Rather than crude and homemade, as many looked, our loons were a bit more clever. They had license plates professionally printed that were supposedly issued by the British Virgin Islands.

We actually took the time to contact the British Consulate in Seattle. We described the plates, and they assured us they were fraudulent. So, we cited the driver, confiscated the plates as evidence, and impounded the car. Their behavior with us, similar to what you see in the linked videos, did not merit our being lenient.

San Antonio (TX) Police Chief William McManus gave News4 San Antonio a sound description of the “line” I spoke of earlier. The one between exercising one’s free speech and disturbing the peace or obstructing a police officer.

Chief McManus’ officers had been dealing with a chronic cop-agitator who was a member of the “First Amendment Auditors.” The city alleged “the group use confrontational recordings of police officers to disrupt routine duties.” The notion of disrupting and obstructing police is embedded within this description of their behavior and goals. It’s obvious free speech is not their true objective; harassing police officers is.

The city had charged the man with three counts of Disorderly Conduct for which he could be fined $500 each. Chief McManus claims the group uses “the First Amendment ‘as a guise’ to insult and verbally attack police officers.” But it’s worse than insults or verbal attacks. If the officers are dealing with suspects, it can compromise officer safety.

In the end, the court found the man guilty of all three counts.

This example could serve as good training generally for law enforcement officers all over America. But, sadly, many city, county, and state leaders do not recognize when people cross the line that San Antonio’s police chief, prosecutor, and court obviously do. Each officer needs to take his or her jurisdiction’s political bent into consideration when dealing with these caustic folks.

All too often this will mean officers in cities like New York, Baltimore, Seattle, and San Francisco will be forced to absorb their vulgar abuse. This leaves bystanders wondering why their police officers will not properly deal with people who are so obviously harassing, distracting, and attempting to provoke them while attempting to perform their duties.

They’ve got to wonder if those nasty folks can get away with that abusive behavior with the police then what can they get away with doing to an ordinary citizen? In so many of these cases, it’s not a matter of free speech but of the behavior accompanying the speech.