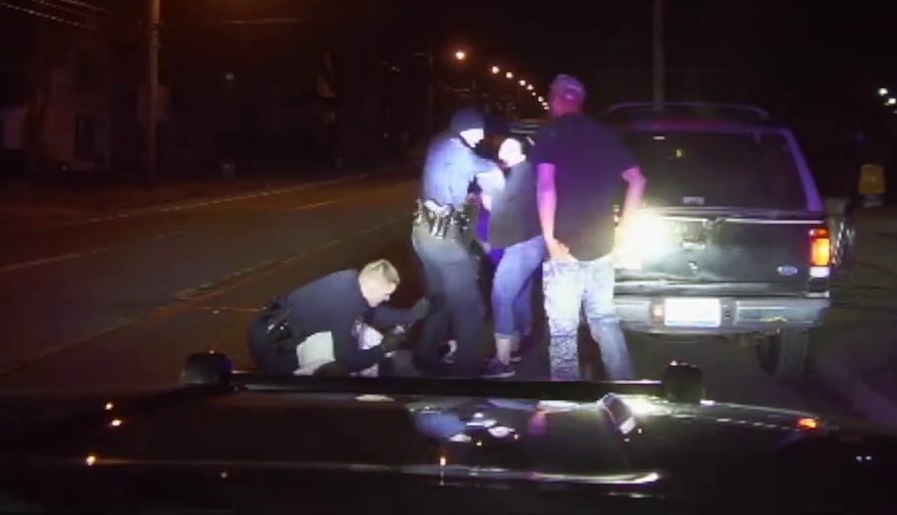 The use of force continuum is a largely abandoned policy to guide police officers in the lawful use of force. That particular model relies on stages of subject behavior followed by authorized police behavior. It is a reactive policy that relies on a succession of failures until an officer finally gets the upper hand. Refreshed models and training guides still attempt to identify appropriate police reactions to subject behavior. Nearly all of them begin with the lowest threshold being “officer presence”.

As mentioned in a recent NPA article, writer Steve Pomper states “How many crimes, property and violent, do cops prevent simply by rolling down an alley or walking a beat in a high-crime district? How many would-be burglars, assailants, rapists, even murderers had to alter their criminal trajectory when they saw a patrol car or officer appear around a corner?”

When a police officer shows up on a scene of a suspected law violation, whether rolling up on an event in progress or responding to a 911 call, it has always been expected that their mere presence would cause the parties involved to stop or slow down their disruptive or unlawful behavior. Even though embedded in policy and procedure expectations, and verified by the experience of millions of police contacts, a frequent and perhaps prevailing attitude today is that the arrival of the police increases the illegal and violent behavior of subjects. Thus, the call for increased competency in so-called de-escalation strategies.

Those with no trust in the police are attempting to solve the problem of use of force by eliminating police presence in the first place. The cessation of stop and frisk strategies (long specifically authorized as Constitutional reasonable by the US Supreme Court), the discouraging of proactive policing, both explicitly and implicitly, as well as the demoralizing of police officers who have concluded that doing any optional police work is a threat to their careers, all work towards keeping cops in their cars with blinders on.

What “officer presence” as the first step of compliance misses are two laws that are already long a part of every communities’ law. The first is prohibiting the unlawful act in the first place. The second is the requirement to submit to an arrest. Some states may still say “lawful” arrest, giving an arrestee the legal right to resist the unconstitutional seizure of a person, but most of those laws have been altered to make resisting any arrest against the law. (It is a dangerous license to allow resistance because the arrestee can’t know what the officer knows, plus there are many remedies for a false arrest that exist.)

Every motorist, pedestrian, bystander, and wrongdoer knows what the law is governing their behavior: don’t assault, don’t disturb the peace, don’t steal, don’t ignore traffic laws, etc. This is the first element of avoiding the use of force. Don’t do the crime. Of course, there are times when truly innocent persons are contacted by law enforcement and sometimes in an unpleasant way, but citizens also must accept that they may be driving a car that matches a lawbreaker’s description, or be somewhere unfortunately at the wrong time. Whether innocent or guilty, the second law still applies. They must comply with the police officer.

Most of the high-profile use of force controversies would never have happened had the subject contacted by law enforcement complied with these two laws. They are not merely a social convention, accepted protocol, or suggestions. They are the law.

There are now police agencies and legislative bodies that do not want enforcement of traffic laws or some other minor violations. Why? Because of their fear of “officer presence”. They often refer to pretext stops, meaning that an officer finds a minor violation for which they can stop a vehicle to get a chance to investigate other criminal activity. This is another legal question that has been answered by the US Supreme Court. If someone the officer knows is a purveyor of illegal drugs who happens to be driving with an expired license, the legitimacy of the expired license offense remains regardless of whatever else the officer may have on their mind.

Removing these contacts will, indeed, result in fewer uses of force by the police for the mere fact that violent felons will not be caught by the police and therefore have nothing to resist. It will also result in yet another uptick in crime, not to mention an increase in drunk driving crashes, and vehicles operating with dangerous vehicle deficiencies.

The anti-police crowd is winning many battles, gaining ground inch by inch with bad political decisions handcuffing law enforcement from keeping their citizens safe by ceding the advantage to the criminal elements. It should be remembered that these influences are not for “reimagining public safety” or “redistributing funds”, but for moving toward either the abolition of the police or the federalization of policing away from local control.