Skip to content
Fired Oakland Police Chief Echoes What Rank and File Cops Have Been Wanting for Years: Fire the Federal Monitors 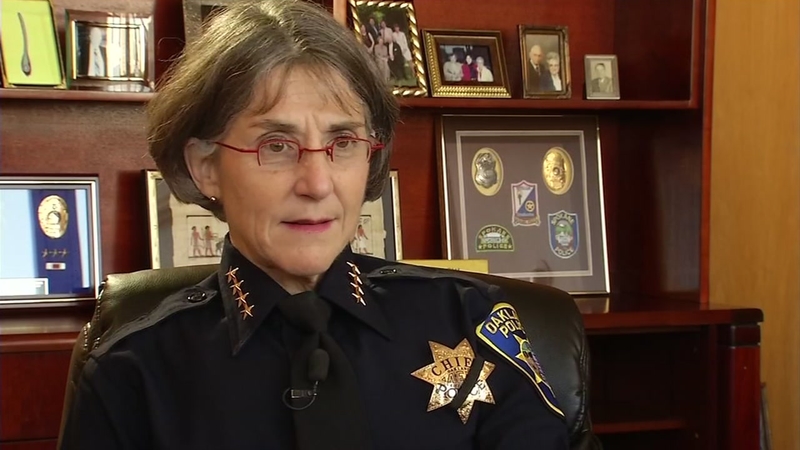 Recently terminated (by a civilian commission) Chief of the Oakland Police Department (OPD) Anne Kirkpatrick and I would not agree on everything in policing. After all, we chose to serve different functions. She was a top administrator. I was a street cop (with a penchant for writing articles that pissed off city government). In reading her comments in a recent opinion piece that appeared in the East Bay Times, she seems to accept “police reform” as generally necessary. I do not, but I understand her position.

She couldn’t get hired in any left-leaning city in America without at least feigning that view. But we agree on one thing for certain. Federal police “reform” (much of it initiated under President Obama and Attorney General Eric Holder) is what needs to be reformed, not the cops. I’m happy to see President Trump and A.G. Barr working on that.

I also thought it would be helpful to give a parallel view of another city working under a federal consent decree, in case readers think Chief Kirkpatrick’s view is just sour grapes. This is a department I know well because I worked there under a decree for about two years before I retired. In fact, it was one of the reasons I chose to retire sooner than expected. Both cities experiences seem to indicate what other cities undergoing federal oversight are also likely experiencing, along with their unsupportive city governments: frustration and impotence.

The Seattle Police Department (SPD) is also laboring under an oppressive federal bureaucrat’s oversight, with the eager assistance of a federal judge who has shown little respect for police officers. The department has been under the strain of a bogus, destructive, and debunked consent decree since 2012. Much of what Chief Kirkpatrick details as problems with Oakland P.D.’s federal oversight are eerily familiar to the federal python released to constrict the SPD back while I was still on the job.

Chief Kirkpatrick made several points, which show the similarities between Oakland’s and Seattle’s police officers’ federal persecution. Chief Kirkpatrick’s contention is that the Oakland P.D. has largely completed its “reforms,” but the federal monitor, Robert Warshaw, will not admit it as long as he benefits financially from the OPD remaining “out of compliance.”

Chief Kirkpatrick notes that she was the 10th police chief to work under the federal monitor and that other chiefs had similar concerns. She said former OPD Police Chief Howard Jordan strongly warned “to put him [Warshaw] in charge is a travesty of justice” and that “he rules by fear and intimidation.” She also mentioned, “in 2013, the former city administrator in Oakland accused Warshaw of sexual harassment, yet he was allowed to keep his job.”

Juxtaposed to Warshaw’s retention as the federal monitor, after five OPD officers were involved in a shooting, which occurred in 2018, Warshaw rejected Kirkpatrick’s “finding that the officers had acted properly.” She also wrote that 10 attorneys, which included a retired federal judge and two Police Commission civilian investigators, “also found the officers acted properly.”

Chief Kirkpatrick wrote, “Washaw ignored those experts and evidence, and instead ordered the officers to be terminated.” Why would he do such a thing? Well, the chief’s summation didn’t surprise me, but the force with which she expressed it was impressive.

“[I]f the facts were honestly told, they would demonstrate that the Oakland Police Department has met its reform goals, and his [Warshaw] million-dollar job would disappear. As he lines his pockets, he’s putting the community in the line of fire.”

Seattle’s federal monitor, Merrick Bobb, as KOMO News reported, also seems to have blurry ethical boundaries. Now, I could go on for volumes, but for the sake of brevity I’ll just leave you with two items.

First, Bobb, appointed to oversee the bogus DOJ consent decree placed on the Seattle Police Department, began his oversight stint, where he would be responsible the department’s officers acting ethically, with a ethics scandal of his own.

Seems this guardian archangel of the SPD charged the city for things like his cable bill, booze, Egyptian cotton pillowcase, airport parking, an airline excess baggage fee for a “friend, relative or girlfriend,” and other items that should have been personal expenses, according to well established reimbursement rules.

Second, and the thing that got me most, was Bobb’s answer to a question the police union newspaper editor asked him about discrepancies in the DOJ’s findings of police wrongdoing. A Seattle University criminal justice professor, who previously worked for the DOJ, debunked the findings, advising, “Seattle should call DOJ’s bluff, and settle for nothing less than a formal apology.” His article appeared in The Seattle Times in February 2012—eight years ago!

The DOJ supposedly found, when using force, SPD officers violated suspects’ constitutional rights a ridiculous 20 percent of the time. The DOJ refused to release the methodology investigators used to arrive at this number.

As I wrote in a Crosscut.com article in 2014, “Merrick Bobb, the federal monitor, waxed Orwellian: “Whatever the correct figure might be, it is not relevant to our task today… What I know for sure is that the settlement agreement embodies best practice in policing and that it is to the SPD’s and Seattle’s benefit that it be implemented regardless of what led up to it” (The Guardian, August 2013). Regardless of what led up to it? For SPD’s honorable officers, this is like being falsely charged with a crime and then exonerated, but you still have to serve a prison sentence.”

Back in Oakland, Chief Kirkpatrick describes to what every law enforcement department under federal monitoring can attest. An artificially bloated bureaucracy that results in taking officers unnecessarily off the streets, which weakens police services, including increasing response times.

The chief continues with robust support for Oakland’s “police reform” she sees as “effective.” I can’t speak authoritatively about OPD, as I did not work for that department. My guess: Oakland’s cops got federally screwed just like Seattle’s did. Similar to OPD’s situation, the SPD has been bounced in and out of compliance so often over the past few years, I can commiserate with Chief Kirkpatrick’s point.

The chief finishes by admonishing the consent decree oversight, writing the police department and Oakland residents “continue to suffer under this broken and dangerous system.” She calls for the DOJ to investigate Warshaw’s failures while “collecting millions.”

With this she also made a call to “get officers out from behind desks” and to “get Warshaw off our streets…” I’ll add: the same goes for the many departments currently under federal oppression. Just because the left doesn’t like the way police work is done, doesn’t mean it’s not being done correctly and needs to be “reformed.”