Skip to content
9/11 Memorials and the Custodians Who Care 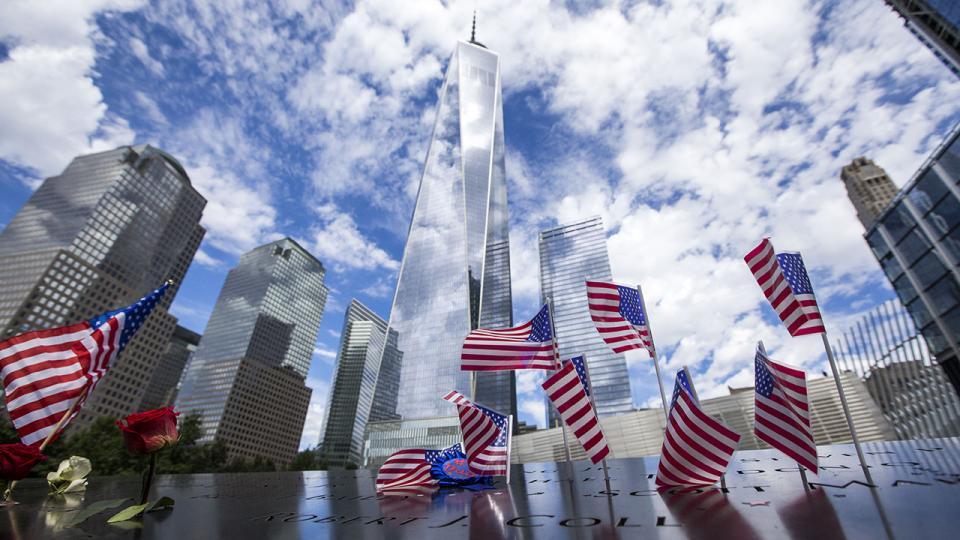 Ever wonder who is responsible for the maintenance of the 9/11 Memorial & Museum in New York City? Or any of the many other law enforcement monuments in front of police stations or sheriffs’ departments near you? The latter likely has a civic group in the area or a cop or two who volunteers to buff and brush the granite or marble edifices and broom-sweep grounds dedicated to those who sacrificed their lives in the course of protecting someone.

Recently, it was a cadre of firefighters who huddled up and formed a plan to repair a vandalized 9/11 Memorial in Plymouth, Massachusetts. Staring down at the desecration, Plymouth fire department personnel got on their knees and, with help from community merchants, restored the town’s public safety tribute site.

The Plymouth firefighter’s union tweeted: “They can knock us down, but we will always get back up even stronger. We are firefighters. We never forget.” Well, having been one, I can attest that cops everywhere share those sentiments of resiliency and resolve. Speaking of knock-downs and resiliency, a steel beam recovered from the Twin Towers rubble is the backbone of the Plymouth 9/11 Memorial, as depicted in the video illustrating their Memorial restoration efforts.

Among myriad law enforcement-related memorials I scoped out through the years, by far the largest anywhere is the 9/11 Memorial in the Big Apple, structured exactly where the former Twin Towers once tickled the clouds before being reduced to particulate: Ground Zero.

It, too, was knocked down yet got back up even stronger. 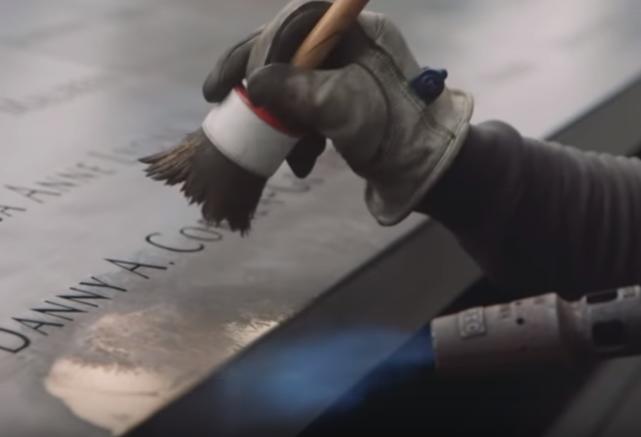 Despite that fateful day’s utter chaos of citizens pouring from the plane-slammed structure resulting in sheer bravado of police officers and firefighters confronting all the mayhem, the days and months thereafter were met with unequivocal American resolve. We grazed Ground Zero and raised an engineering marvel in its place. Over many months and many more millions of dollars to re-birth the address, the 9/11 Memorial stands a commemoration to the several thousand cops, firefighters and citizens who perished there. Sacred grounds would be one apropos way to refer to it.

And those several thousand victims each have their name beveled into brass/bronze panels, upon which thousands per day lay hands and maybe inadvertently rub objects against the engraved metal. Naturally —and laboriously— it takes daily custodial care and crafty handiwork to keep the memorial’s details pristine…until the next batch of a thousand or so per hour get their mitts upon surfaces and inflict striations.

Artisans like Clarence Anthony Morris is one among a batch maintaining the entirety of the 9/11 Memorial & Museum, not necessarily frustrated (who’d blame him otherwise?) by the fact that millions come to visit and deposit their prints…but humbled by the role of custodian overseeing the integrity of a beautiful commemorative structure which was born of tragedy, destruction, and tremendous loss of life.

Still today, we learn about the latest casualties felled (eventually) by cancer-causing elements piled around the ankles of first responders, breathing in lung-deteriorating substances while protectors and rescuers toiled…ultimately realizing preemption was futile and that recovery was key.

I once worked the streets with several of those NYPD cops who were assigned to Ground Zero. Their duty was a terror-filled tragedy within a tragedy caused by terror: to collect and “bin” and tag as evidence any human parts discovered after sifting through the tons of rubble. Two of these former NYPD cops, Manny Santa and Carlos Lopez, soon thereafter departed NYC and joined my police department in Florida. I’ve had the honor and privilege to work midnight shift with both, each epitomizing the requisite resiliency we talk about among cops.

As for 9/11, although the target was New York City, it wasn’t confined, it wasn’t necessarily just a NYC problem: it went far beyond that. It extended to every state, to many other countries relishing an American Embassy upon their soil. It surely impacted the myriad military members who are deployed to all points international, from afar recognizing exactly why they were in the business of national security and preserving America’s interests. That remains.

Indeed, the terror operatives picked a landmark they knew would jolt us to the patriotic core. It was a massive strike on America by using one of its most outstanding sky-jutting flagships: the World Trade Center. It was a hard hit for us all, no matter where we sipped coffee or juice that fateful morning.

I do not know where Clarence Anthony Morris of KC Fabricators was that fateful 9/11 day, but I do know where he and his cohorts are right now. As one of the custodial team, Mr. Morris says his role at the 9/11 Memorial is “meditative” while he resurfaces the stone wall and carves clean the crud embedded in the engravings naming all who perished. A “keeper of the dead,” he says about his meticulous purpose at the memorial grounds commemorating scores of police officers and firefighters…and the citizens they swore to salvage. 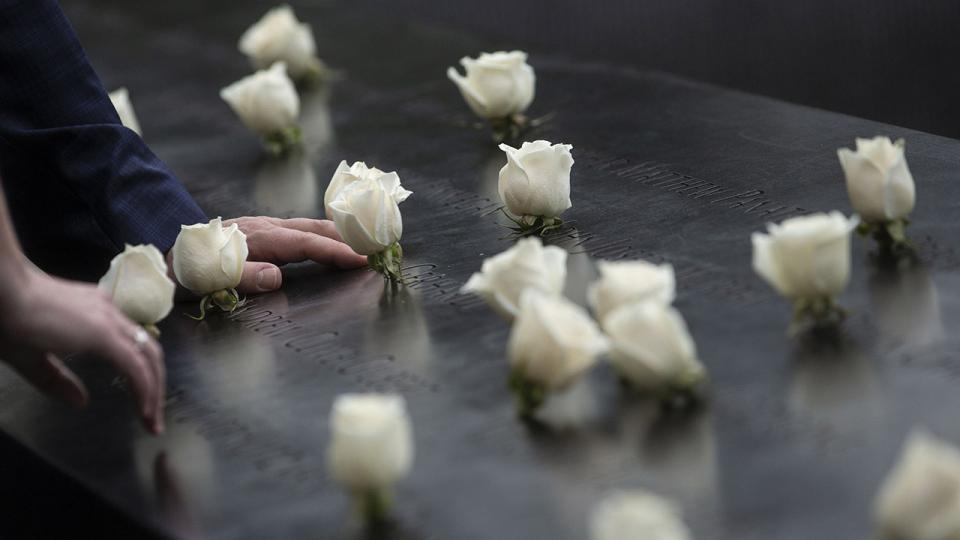 Seven days a week, 9/11 Memorial maintenance is diligent. The desired result is what Mr. Morris calls “re-beautification,” signifying something once originally perfect deteriorated by a combination of human/climate elements…graciously restored by human hands. That’s the calendar cycle at the 9/11 Memorial & Museum.

In the words of this “pastena artist” charged with refurbishment, he does his magic by applying “pretty artistry in order to make it shiny and new.” With brushes, buffers, bonnets, blowtorches, and buckets of metal-cleansing solvents, Mr. Morris performs his duty for those who lost lives fulfilling theirs. He admits to talking to the thousands of names, his custodial responsibilities essentially forging family ties, so to speak. That says much about a human whose purpose is a bittersweet mixture of mortality and longevity. He is in a unique position, however esoteric and obscure some may define it. As a retired cop who has yet to visit the 911 Memorial, I respect Mr. Morris and his colleagues for the endeavor they embrace.

These fine folks who keep pristine our nation’s myriad police memorials do the honor of, well, honoring those who have fallen on the frontlines of society, enabling us the freedom to visit such somber symbols by keeping the sanctity of these monuments as buffed as the badges for which they stand.

As Mr. Morris said so emotively: “It’s always powerful. I’ve had people cry…crying telling me how much they appreciate the work that we do and how much it means to them that there is a team here that’s constantly taking care of these names.” I find it fascinating that “these names” packed a powerful meaning when uttered, knowing the tragedy born of terrorism which destined many to be beveled in that fusion of brass/bronze availed to the entire world. Indeed, it says tons about American resiliency, a trait which our police men and women bring to the table daily, some not going home to theirs.

While it is hard to fathom the anti-cop factions blowing hatred through bullhorns…it is wholly reassuring to know many more among us back the blue and carry the torch, even a blowtorch for good reason.

And I am certain all of us have appreciation not only for the heroes who perished at this now-sacred site and others just like it across our American landscape, but to all those who silently go about custodial upkeep of these tributes. The blue line may be thin but its supporters are thick with pro-law enforcement champions who toe the line well.