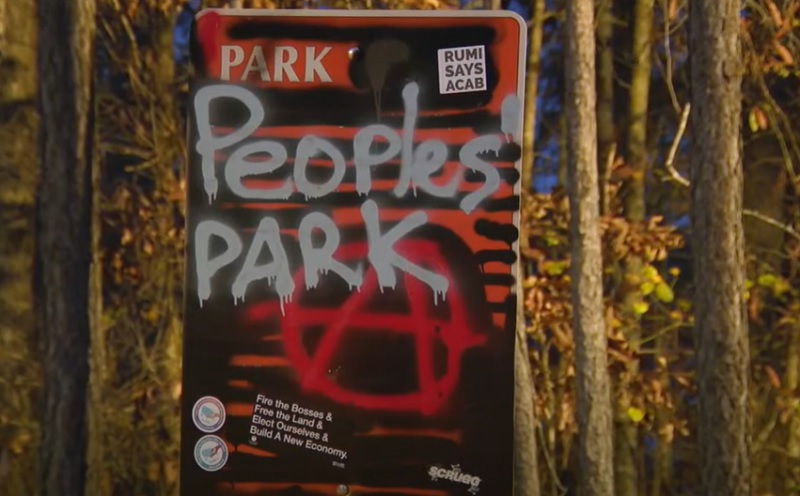 Antifa boasts chapters all over the world

It’s disconcerting for cops to see politically compromised federal law enforcement focus its prosecutorial attention on one politically aligned group for an hours-long melee. Meanwhile, they ignore another group with a different political view that has committed a thousand times more violence (including against cops) and destruction in several American cities for months at a time.

Since Jan. 6, 2021, the DOJ has swept up many people who were at the Capitol that day, in an unprecedented dragnet—for mostly misdemeanors. Even some police officers who’d attended found themselves in trouble. Several lost their jobs despite not having been accused of any crimes. For example, Seattle fired two police officers for issues stemming from their being in the Capitol on 1/6—they were a husband and wife.

It’s strange that, so long after the event, Americans still aren’t sure precisely who committed crimes. The DOJ has charged most “suspects” with “parading,” a minor, misdemeanor catch-all, trespassing type of charge. Americans also wonder why the FBI still refuses to acknowledge if it had assets in the crowd dressed as Trump supporters and, if so, what were they doing?

Reportedly, headed towards the DOJ charging a thousand people with mostly misdemeanors for 1/6, propelled by a partisan House committee, many Americans are understandably puzzled that the DOJ and FBI seem oddly unconcerned with BLM and Antifa militias who destroyed portions of cities, including government buildings, some of them federal, and assaulted and killed citizens, including police officers.

But the DOJ is infuriated at normally law-abiding Americans who trespassed, mostly peacefully, in “The People’s House.” The DOJ, also more than BLM or Antifa violence, seems more bothered by police agencies and officers doing their jobs. The many bogus DOJ consent decrees prove this.

Before I go on, I’m not saying some nasty assaults and damage at the Capitol didn’t occur. They did, and those convicted should be sent to jail or prison. But there remain so many nagging questions.

Why did some video clips show cops escorting people into the Capitol? And, once inside, cops continued to escort people into various chambers? How do we reconcile that? We can’t until all the evidence is released and a true, objective 1/6 investigation is conducted.

What about those several officers, calmly standing only a short distance from Ashli Babbitt when Lt. Michael Byrd shot and killed her? What was that all about?

As a veteran of too many mass demonstrations and riots to count while serving with the Seattle Police Department, I know how confusing it can get depending on where you’re assigned at a given time at these tumultuous events. I recall during WTO, my partner and I were chatting with some demonstrators, even joking around, when a call came out to “Help the Officer” only a block away.

But, I’m here to deliver some good news. It’s encouraging for Americans, especially cops, that police have finally been allowed to arrest some Antifa militia members. According to Gateway Pundit, “Five Antifa members were arrested and held on terrorism charges after protesting outside of a $90 Million police training center near Atlanta, Georgia.”

The militants allegedly also set two vehicles on fire, and police discovered “The Antifa members were holding more dangerous weapons than all the Trump supporters gathered in Washington DC on January 6th combined.”

The Daily Mail reported, “Five members of Antifa are in custody on domestic terrorism charges after they were protesting outside of a planned $90 million police training center.” We’ll see if those charges stick.

Harkening back to the “good ol’ ‘summer of love’ days” of CHOP/CHAZ, Seattle’s infamous “autonomous zone,” the radicals in Atlanta had created their own “Cop City” autonomous zone. TDM reported, “Many of those who were arrested [in Atlanta] were holed up in treehouses where police later recovered explosives.”

Antifa would like people to believe they are simply protesting a new police facility—like the good union cop-haters they are. However, TDM also reported, “Prior to Tuesday’s arrests, police detained several people at the site for crimes including destruction of property and arson along with car-jacking and attacks on locals and government officials.” Likely, many of those “government officials” were cops.

According to the Atlanta Journal-Constitution, the ostensible reason for the protests “is environmental concern for the Weelaunee Forrest…,” which would see some 380 acres of woods cleared for construction.

In a photograph of five masked Antifa militia members, displayed above a capsized pickup truck, is a banner reading, “No Forest, no peace, truck the police.” Clever. The five suspects are in their early to mid-twenties and come from all over the country with only one from Georgia.

These charming “environmental protesters,” according to the Georgia Bureau of Investigation (GBI), “had begun attacking police and other emergency services workers at the scene with rocks and bottles. After officers cleared the area, they recovered bombs, flares and gasoline.” This level of violence far exceeds any “parading” mayhem committed on 1/6. However, radical leftist politicians couldn’t be more uninterested in BLM or Antifa unless it’s to kneel with them in solidarity.

So, while we have something to celebrate, the vast majority of crimes committed by the BLM and Antifa militias have gone unprosecuted. While at the same time, cops all over the country are being charged for crimes where there is no evidence a crime exists. The NPA has covered many of them.

Or officers are charged, prosecuted, and convicted for made up or misapplied “crimes” that are manufactured out of tragic but legitimately honest mistakes. Still, in these incidents, it’s usually the suspect’s illegal actions that initiated the police uses of force.

Regardless, this Antifa arrest is good news. This Christmas season, let’s go ahead and accept this gift from Georgia law enforcement. And let’s hope the new year has many more gifts of this nature coming from all across America.