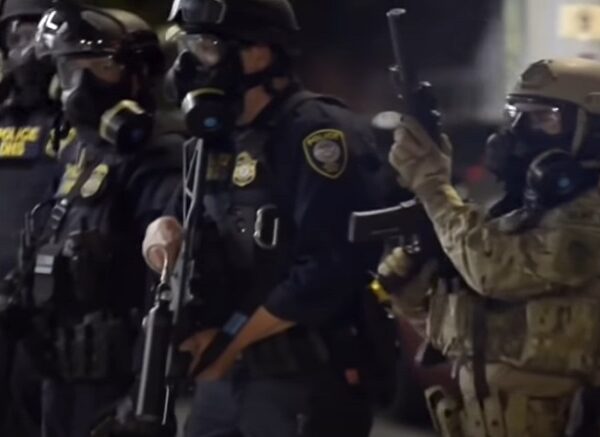 In one of the many ill-conceived knee jerk proposals that arose out of the death of George Floyd, the shouts of “somebody should do something!” immediately attracted the attention of Congress.

Legislation introduced by Karen Bass, whose achievements include calling for a mental health evaluation of Donald Trump during his Presidency, would have ended qualified immunity, imposed national standards, and banned “choke holds.” Bass has since declared that she will not seek re-election in order that she may run for Mayor of Los Angeles.

After the failure to obtain bipartisan support for the George Floyd Justice in Policing Act (GFJPA), which received no Republican votes in the House of Representatives, Bass called on President Biden and his administration to “use the full extent of their constitutionally mandated power to bring about meaningful police reform.”

Senator Cory Booker, unsuccessful Democratic Presidential hopeful in 2020, was negotiating hard for the bill. Booker may not be the best person to advocate for Republican partnerships with a record of nearly 100% voting for Biden initiatives and along Democratic party lines. To be sure, Republicans have pledged police reform as well but with fewer restrictions that the GFJPA and, interestingly known only as the Justice Act.

Qualified immunity is often described by opponents as shielding police officers from accountability. Perhaps the word “immunity” is what confuses and incites people. There is no law or principle that says law enforcement officers don’t have to answer for unlawful behavior. The concept of qualified immunity originated from the ancient legal principles that have always understood that guarantees against reckless lawsuits are essential to maintaining government. There are many other governmental immunities and limits on lawsuits that protect the integrity and function of governments. Legislators have it. Prosecutors have it. Judges have it. Some essential businesses have limited protection as well.

Qualified immunity simply recognizes that many situations faced by police officers is so unique that established rules and laws are not clear, leaving police officers to make split second decisions that no one has prescribed responses for. In order to allow officers to make those decisions unencumbered by the ever-present cloud of litigation that can ruin their career and finances, qualified immunity may apply. And it may not. Immunity must be determined by the court as a defense to a lawsuit which means that there is judicial oversight on the issue and it is not always afforded to officers.

The so-called choke holds that have been the subject of legislation in many states are sometimes not distinguished from other neck restraints which intentionally protect an arrestee from having their breathing restricted and are aimed and restricting blood flow temporarily to render a violently resisting person temporarily unable to continue resisting. The latter technique has survived some legislation, and most laws retain these options when deadly force is justified.

Professional standards are appropriate in any career field, but those are generally imposed by professional organizations and state licensing or certification. Law enforcement policy and procedure is already standardized by guidance from insurers and cases that have already been decided in civil court, as well as by statute. There is no compelling reason for federal government involvement. Tying federal funds to adherence to a set of national standards is no less than bribery. Withholding funds from agencies in furtherance of federal interests is a back door way of defunding police already under local control.

Voters have ultimate control over their local police agencies by electing Sheriffs, Marshals, and city and county officials who fund and appoint law enforcement leaders. This is the greatest accountability rather than ceding control to federal watchdogs. Law enforcement leaders will not oppose common sense and research based reform, but must resist power grabs that take away local control.