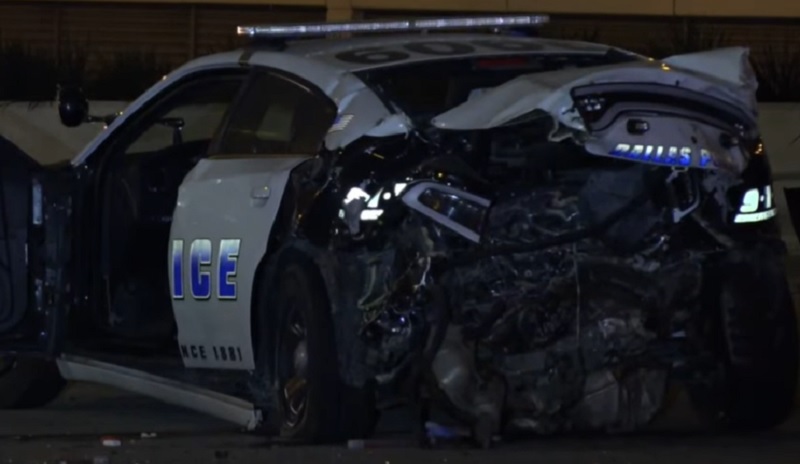 One of the proposals for the defang the police movement is for law enforcement to stop picking on drivers for violating traffic regulations. Meanwhile, about 1000 people are killed every month by drunk drivers in the 30% of fatal crashes that are alcohol-related. Another 25,000 are injured by impaired drivers. The extent of drivers impaired by drugs other than or in addition to alcohol, including prescription drugs that affect motor control and perception, is not fully known but is estimated at over twelve million annually.

Among those victims are law enforcement officers who spend hours on our streets and highways in all kinds of hazardous conditions. Crashes of all kinds killed 61police officers in 2021 and 45 officers as of this writing in 2022.

In October Jacob Arellano, a 25-year-old Dallas police officer was killed while traveling to work for the start of his shift when he was hit by a driver going the wrong way on the highway. “Officer Arellano was driving in the middle of the three lanes when a sedan going southbound in the northbound lanes hit the off-duty officer’s vehicle head-on,” the Dallas Police Department said in a statement on social media. “The crash caused the officer’s vehicle to go into the right lane where it was hit by a tractor-trailer. The officer’s vehicle rolled several times and stopped on the right shoulder of Spur 408.”

In April, Harris County Deputy Jennifer Chavis was responding to reports of a driver who fled the scene of a crash while allegedly intoxicated. She was waiting to attempt a traffic stop when the suspect driver rear-ended her vehicle. Her patrol car burst into flames and Chavez died at the scene.

In September, 23-year-old Weld County, Colorado Deputy Alexis Hein-Nutz was the victim of a fatal crash north of Greeley in which the suspect driver fled the scene. She was on her motorcycle on her way to begin her shift. Sheriff Steve Reams said “Alexis was a hard worker, a caring deputy, and a positive force for our agency. I share in my deputies’ grief and in their anger over her senseless and tragic passing. But we are a family, and we will get through this painful event together.”

In June, a Poteet, Texas officer was directing traffic on an off-duty second job at a construction site in Austin. Austin police responded to a report of a pedestrian accident just after 2:00 a.m. on a service road near the construction site where Jeffrey Richardson, 35, was working. Richardson was transported to a hospital where he subsequently died from his injuries. Police arrested a 26-year-old female who was charged with intoxication-related assault charges.

October 30th London, Kentucky Officer Logan Medlock was killed when a drunk driver crashed into his cruiser, according to police. The Officer Down Memorial Page relates that 26-year-old Officer Medlock was driving southbound on South Main Street when a pickup truck ran a stop light and struck the patrol car, pushing it into the adjacent cemetery. Officer Medlock succumbed to his injuries at the scene. The driver was arrested and charged with the murder of a police officer and driving under the influence.

In January, 21-year-old Jayana Webb was seen boasting on Twitter about her driving skills. She tweeted “If you ask me, I’m the best drunk driver ever.” In March, Webb struck and killed three men on I-95 in Philadelphia. Pennsylvania State Troopers Martin Mack, age 33, and Branden Sisca, age 29, were escorting pedestrian 28-year-old Reyes Oliveras to safety when he was found walking in the passing lane on the highway. Webb slammed into all three men at a high rate of speed, sending the victims flying across the median into the northbound side of the highway where they were pronounced dead at the scene.

Drunk driving is a menace to the public, including our police officers. Those who push for a cessation of traffic enforcement are accessories to that menace.