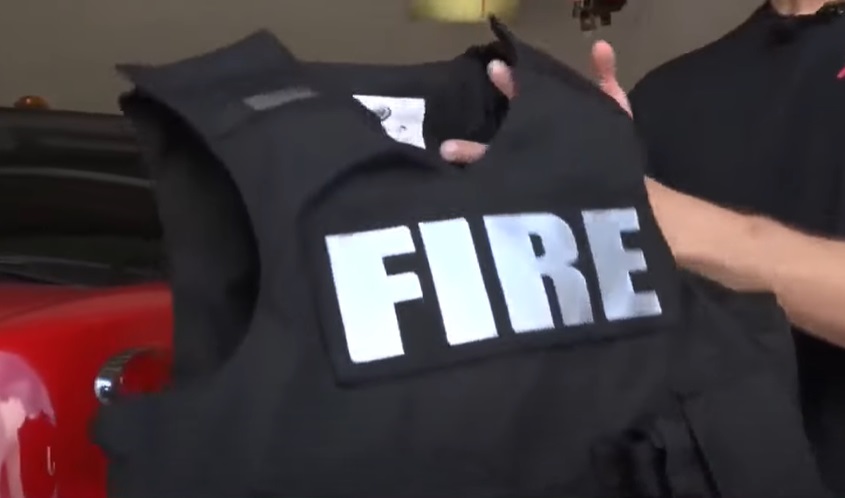 I recently wrote about the increased risk to folks in Washington State now that the Democrat-controlled legislature has passed anti-police, disguised as “police accountability,” bills into law (with only Democrat support: 32-0).

According to law enforcement officials and cops on the streets, these laws are wreaking havoc making it so officers must figure out how to enforce the law and protect the public while complying with this obstructive legislation.

The new laws prevent officers from effectively dealing with out-of-control people who are either high on drugs, drunk, or suffering mental illness. In Sedro-Woolley, Washington, officers, including specially trained crisis responders, and social workers responded to an individual heavily under the influence of drugs—twice—and both times had to leave the situation unresolved and leave the volitile subject at his home.

Sedro-Woolley Police Chief Lin Tucker wrote in a Facebook post, “The Officers and Mental Health providers were thwarted by ‘legislative mandates’ that forced us not to act. Refer to: HB1310, Section 3 (2) (a).

These new laws, and similar ones proliferating across America, affect more than just police. Because of the new laws that restrict police actions, some firefighters in Washington state are now being issued ballistic armor (bulletproof vests) in lieu of police protection.

This is of special significance to me, since my wife is a firefighter, thankfully, now retired. But we still have many good friends who are now at greater risk than before the cultural vandals passed this woke, warped, feel-good legislation.

Recently, the South Thurston (Olympia, WA.) Professional Firefighters posted on their FB page a photo of a firefighter’s locker with ballistic armor hanging in it. The post read:

“The picture you see was just taken today. It wasn’t staged, it’s now daily life for us. A ballistic vest is now common equipment carried by our members while on duty.

“We depend on law enforcement to watch our backs as we care for the sick and injured, regardless of who they are. Now, that protection has been taken away because of HB 1054 & 1310. Law enforcement will no longer be responding with us for most calls unless there is a crime being committed. A ‘possible’ crime or ‘possible’ threat is no longer justification for law enforcement to respond with us on calls.

“Our administration is working diligently on policies and procedures to keep all our members safe, but paperwork can’t stop a bullet.”

Others have also raised the issue on how the “defund the police” movement will affect firefighters and medics. Although, the “police accountability” laws may make concerns about cops not responding to assist firefighters specifically because of defunding moot.

A piece I read as somewhat sympathetic to the radicals’ support of defunding the police, appeared at Crosscut.com. It also addressed how defunding the police will affect firefighters. The writer mentioned social workers responding with firefighters and medics instead of the police. Having responded to assist firefighters on several occasions during my career, I know a well-intended social worker is not what FFs want or need when an intoxicated or mentally disturbed person becomes violent, which can be anticipated but not predicted.

I recall one incident where fire called police for a standby to assure the peace for a heroin addict who’d OD’d. Often, a routine call, any cop, firefighter, or medic can tell you, some addicts get really pissed off when you hit them with Narcan and ruin their high. My wife said that frequently happened to her on calls, too.

This guy was at the top of some stairs, and, if my partner and I hadn’t been there, that guy intended to ride a firefighter down those stairs or worse take one of them over the railing to the floor 10 feet below.

The firefighter’s union, attempting to walk a tightrope, first paid obligatory lip service to wokeness, and then gave a nod to reality. “In a statement, the union said it supports ‘the call for racial justice, economic equality and systemic change in our institutions and organizations,’ [Gag!] but it also said it’s “very troubled by the consequences of reducing or eliminating the ability of police to protect people and respond to violent crime.” [They’re right to be.]

Think about where we’ve gotten to in our nation. As my wife often mentions about FFs being “heroes,” most cops will grudgingly concede the point. After all, if we’re shot down or stabbed in some dank alley with holes leaking, it’ll most likely be a firefighter/EMT or medic who’ll be plugging those holes.

Traditionally, good-natured jests aside, cops and firefighters work closely together and want to protect each other. In fact, there was one day, my wife and I were both on duty. During our shifts, I helped firefighters extinguish a small brushfire, and my wife helped a cop handcuff a pepper sprayed suspect.

Still, despite their revered status in our society, leftist ideologues are risking FF’s lives by defunding the police and de-policing society by passing laws that, among other things, prevent cops from keeping firefighters safe, so they can save lives. These radicals prefer FFs wear bulletproof vests than enjoy police protection. How irresponsible is that?