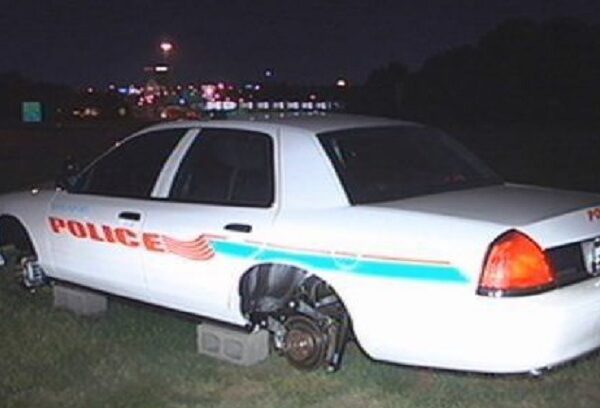 Every house, vehicle, and individual is in need of maintenance. To let periodic adjustments and repairs go unattended on anything is to ensure the eventual loss of its value.

The same is true with democracy. What happens when our way of governing, including the primary purpose of maintaining peace and order, gets torn down when it merely needs a tune up? We’ve seen the answer to that question in recent times with the destructive over reach of criminal justice reforms that have, as they say, tossed out the baby with the bathwater.

Law enforcement is but a sliver of the criminal justice system. It is bounded very appropriately by numerous constraints that have worked remarkably well before the interference by a cascade of criticism and legislative meddling.

The first constraint is the Constitution. Made applicable to all government agencies through the 14th amendment after the Civil War and strengthened by Supreme Court decisions throughout the 1960s, the Bill of Rights governs police behavior. Accused and arrested persons have protections  ensured by due process, by access to legal advice, by protections against unlawful seizures. Many citizens do not fully understand that the prohibition against unreasonable force is found here since the right to be free from unlawful searches and seizures applies to arrests, not merely to the seizing of physical evidence.

These Constitutional provisions expressly require a review by impartial judges resulting in arrest and search warrants. Every search and arrest require a warrant except in those circumstances where it is allowed by legal exemption. In practice, the urgency of most police encounters results in arrests and searches without a warrant under conditions of exigency where obtaining court review is not reasonable or possible.

In those cases, the officers’ actions must be reasonable, defensible, and based on facts known to the officer at the time of their decisions. Those decisions are then swiftly reviewed by judges and prosecutors. If officers’ actions are determined to be unreasonable, there are penalties in play. One of those is that the evidence may be rejected under what is known as the exclusionary rule, and that evidence cannot be used against the arrested person. This is the reason that cases may be dismissed by a prosecutor, or the case may fail if it goes to trial without the excluded evidence. This provides a very strong incentive for officers to do the right thing.

Another consideration in an officer’s mind is that they are subject to criminal prosecution on both the state and federal level if they violate a suspect’s rights. Even if they escape criminal prosecution, they are still subject to civil action to be sued for monetary damages for rights violations. Knowing that the police are faced with these penalties and attempt to do their jobs in good faith, the courts created the rule of qualified immunity as a level of protection for officers who face difficult decisions where policy and law are unclear. Despite the incorrect interpretation of this doctrine, qualified immunity is not automatic and, even if granted initially, can be denied in subsequent judicial proceedings.

Legislators in many states and in Congress have attempted and sometimes succeeded in removing this vital review of police actions.

Another constraint on law enforcement is the law itself. A police officer does not have the privilege of deciding what laws to disregard, although many activists and law enforcement administrators choose to make the decision to let some offenders go without enforcement action as seen in so-called social justice riots, and increasingly protecting illegal and even violent offenses by certain groups such as the homeless, substance abusers, and the mentally ill. This kind of screening and decision making had been filtered in due process with the judicial system. Now the pressure to not enforce certain laws against certain people has been mandated by some administrators and prosecutors.

We recognize that discretion exists throughout the system. Not every traffic stop results in a citation. Not every case proceeds past the prosecutor. Not every sentence from a judge is the same for every similar offense. These are built in to the system, not to be usurped at the political whim of activists. This leaves the police, who are faced with the realities of the moment, in a very tenuous position when making a decision. Will they be disciplined, fired, or prosecuted for a decision that never reaches the courts for an objective review? The result has been played out in the numbers of new violent crime victims. Police officers who are not allowed to do the job they were hired to do cannot protect the public.

Perhaps the victims of lawlessness will raise their voices before our system of justice collapses. We don’t treat a bruise by amputation.