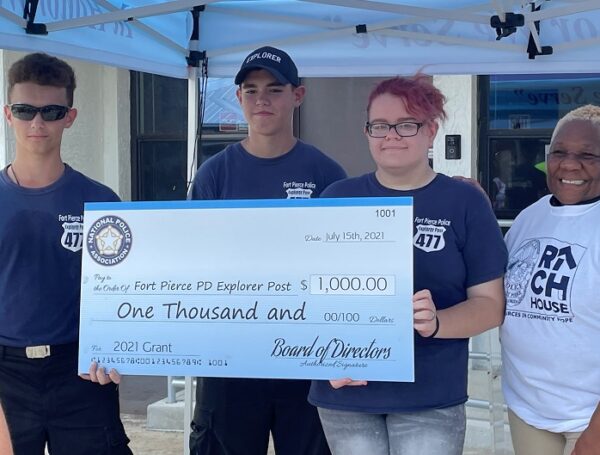 The National Police Association has awarded the Fort Pierce, FL PD a $1000.00 grant in support of the department’s Explorer program.

The Fort Pierce, FL Police Explorer program teaches: * How to conduct a routine and high risk traffic stop. * Weapons safety and how to shoot the different law enforcement weapons. * Defensive tactics and handcuffing. * Tactical movements. * Proper radio procedures. * How to conduct a building search and crime scene investigation among many other subjects.

Fort Pierce, often called the Sunrise City, has been the hub of St. Lucie County, Florida for over 100 years. Situated on the “Treasure Coast,” named after the famed sinking of a Spanish treasure fleet in 1715, Fort Pierce is one of the oldest communities on the east coast of Florida. Incorporated in 1901, the city grew from 300 pioneers to over 45,000 residents today and encompasses approximately 31 square miles.