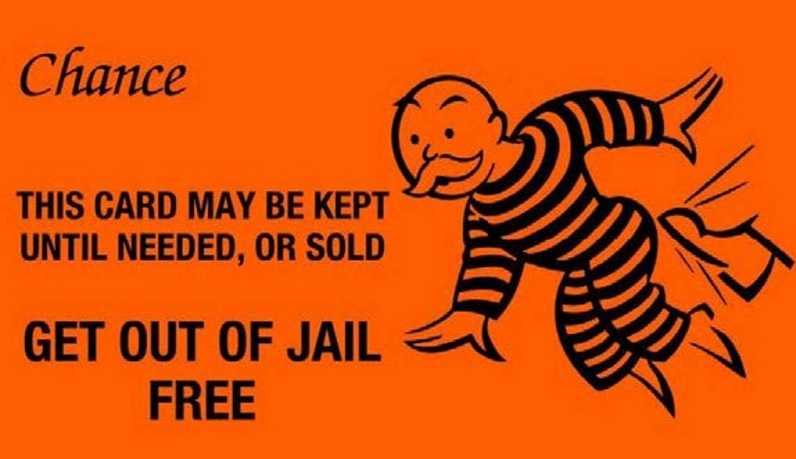 Civil disobedience has been a hallmark of individual courage to force attention to the need for change. From the American Revolution to Rosa Parks to imprisoned 84-year-old nun Megan Rice, defying the law and accepting the consequences has been a noble stand against perceived injustice.

We have entered a new and perverted era of defiance. We now have government officials deciding that the will of the people as expressed in the laws of the land can be thwarted for temporary convenience or their own perceived moral superiority.

As we look over history we can certainly see that not all laws were ultimately just, effective, wise, or served their purpose forever. Legislators are political creatures who posture and bargain for re-election and campaign funding support. Dramatic headlines create a perceived need for immediate action that results in hastily constructed laws whose unintended consequences are not wisely anticipated. For example, look no further than the damaging anti-police laws cranked out in the last 18 months.

Governing 330 million Americans is necessarily complex. For the sake of unity, equality, and consistency we have the U.S. Constitution as the one governing document that must be the supreme law of the land without contradiction. Where no compelling federal interest exists, the 10th amendment recognizes the sovereignty of individual states. “The powers not delegated to the United States by the Constitution, nor prohibited by it to the States, are reserved to the States respectively, or to the people.” Arguments of federal encroachment aside, that is the system.

The 50 state legislatures, and those of U.S. Territories, act within Constitutional bounds, meeting regularly to address the needs of their constituents. Smaller units of government within each state are created by state law. The county boards and city councils pass ordinances that must be in conformance with their state constitution and statutes. At each level, there are agents of the respective governments that enforce the laws that are passed, thus the label of law enforcement.

Courts provide a check on these legislative bodies to ensure that the laws themselves are legal and conform to the Constitution. The greatest check and balance lies with voters who determine who will sit in those chairs of power to make the rules by which we live.

The fabric of this system has woven a generally peaceful society within which most citizens live orderly lives, always ready to vote, protest, or appeal to the public for change. Then there are politicians who thumb their noses at the law. New York City has decided to provide safe sites for drug users to shoot up, with taxpayer-funded needles and other paraphernalia. Now, that may be an idea whose time has come and will save lives. But it is in defiance of existing law.

Governor Polis of Colorado reduced a 110-year sentence to 10 years for a truck driver who killed 4 people in a fiery crash that he could have prevented. Maybe that sentence was too harsh, but do we want governors to use their clemency powers to review and overturn sentences required by law after a jury’s conviction?

The District Attorney in Manhattan, Alvin Bragg, announced to his staff upon taking office that short of murder and serious assault, he really doesn’t want to cause other offenders to suffer jail time. And he doesn’t want to be bothered with minor offenses, the kind that, when enforced under Rudy Giuliani’s term as Mayor caused New York City’s crime rate to drop significantly and made NYC a safe place to visit again. Sure, prosecutors need to have discretion, but not to grant wholesale amnesty to anybody that doesn’t put a victim in the hospital or the grave.

We know, of course, that Philadelphia and other cities have prohibited their police officers from enforcing most traffic laws. This is in defiance of statistics that these “minor” offenses contribute to the hundreds of thousands of persons injured or killed in traffic crashes, not to mention the reduced numbers of intoxicated, unlicensed, and criminals operating vehicles that will now be ignored.

Add these perpetrators to the rioters whose destruction was overlooked in favor of their wokeness and to the violent offenders released without sufficient bail to keep them off the streets, and one wonders why the “reformers” are shocked by the increase in crime.

It seems that the one area being aggressively prosecuted is criminal charges of police officers, even if the prosecutor has to dig up old cases already cleared. Whether 2022 becomes the banner year for lawbreakers remains to be seen, but things seem to be in their favor.