Skip to content
Airport police forces during a pandemic: sky-high alertness carries on 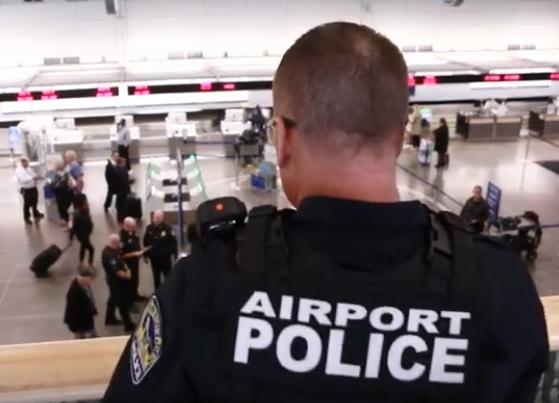 Cops are cops no matter where they patrol. As we’ve seen since 9/11, international airport police forces have a heck of a lot of ground to cover upon which throngs of travelers hastily jaunt from curb to terminal and several quick-pits in between. Imagine observing that frenetic energy of thousands of people in one patrol shift—a cop’s antennae must always jut with that kind of pedestrian volume and the seemingly nervous energy and irate posters projected by most of those people.

Mad props for not losing your mind hoping it’s just “nerves from air travel” and not a jihadi holding a one-way ticket to Valhalla. You get the point.

Increased safety concerns elevated from our nation’s 9/11 attacks not only altered policing methods in airports but also beefed up their ranks, some quite significantly. The federal money that flowed since that fateful day was, to a massive degree, allocated for enhanced public safety measures. Rightfully so.

Given present-day robust airport police forces trying their darndest to not have a redux of 9/11, airport cops are not necessarily enjoying down-time while current coronavirus circumstances have many air travel hubs essentially paralyzed from criteria just shy of martial law-like realms.

I walked my dog last night and it struck me: the silence was like a slap in the face. The stars were twinkling, but the usual airline-engine reverberations I ordinarily hear overhead were 100 percent muted—a result of virtually zero air travel.

I live in a “flight zone,” with 24/7 airline traffic criss-crossing the sky to and from Tampa International Airport (TIA). Additionally, I live a handful of miles away from MacDill Air Force Base which has its own cadre of Security Forces and MPs to police their federal property.

The Tampa International Airport Police Department (TIAPD) comprises 76 sworn law enforcement officers, 44 support personnel (dispatchers, records clerks, etc.), and 59 traffic enforcement specialists (the folks who shoo away curb huggers for safety/security reasons; no standing permitted). Not sure if they are counted among the 76 sworn, but TIAPD does have four-legged cops—as one may imagine, their noses must go bonkers with all the pedestrian cross-traffic and mobility afoot, not to mention bag-sniffing duties multiplied by a gazillion. 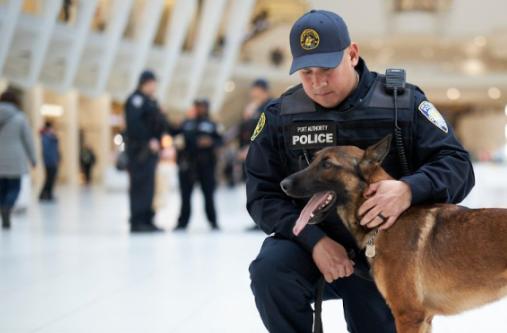 These TIAPD canines are in addition to the alphabet soup of federal law enforcement agencies also working at the airport, some partnered with police dogs which perform in special ways human counterparts can’t. Since international airports are under the auspices of the Federal Aviation Administration (FAA) and the National Transportation Safety Board (NTSB), regulatory and/or investigative contingents are typically on-site. FAA officials possess the authority to halt all air travel for whatever reason meets preset criteria to do so—whatever is necessary to ensure public safety, like a pandemic.

Rest assured the FAA weighed in on the decisions to tap the brakes regarding air travel.

Although TIA is like every other airport at the moment —mostly inert and honoring “essential travel”— airport cops carry on just as they would prior to nasty cousin coronavirus coming for a phantom-like and unexpected layover.

A former police officer with whom I shared midnight shift duties years ago eventually opted out of sworn police work, instead preferring civilian capacity. He left my agency and worked his way up the civilian ranks in TIA’s operations center where he started as a dispatcher, then dispatch supervisor, thereafter attaining an airport operations manager role working with the PD.

Today, with the airport freeze-frame caused by coronavirus, he can actually think more clearly and move about with far less frenzy in foot traffic. His sworn cop cohorts carry on with regular duties, just significantly less hampered by pedestrian flows.

One may think it a great idea to conduct training during this unprecedented and extraordinary downtime at an ordinarily congested airport with all its myriad arteries of terminals reminiscent of a ball of yarn (after a cat had a field day with it). But no, at least not off-site.

Like any cop anywhere, there is always the mindset and physical preparedness to thwart a big bad wolf trying to sneak into the hen house. (Suddenly I have visions of 9/11 and crazies piloting planes into massive structures.) Again, you get the point.

Like it is (or should be) in every police academy across America, daily disciplines must be practiced, diligently and without complacency—because “no one is around” is never a valid reason to forfeit duty.

Thus it goes: just as it wound down to a slow crawl, so too will it grind up again to the usual manifestation of mass crowds gunning…er, uhh…pushing this way and that just to get through the machinations of airports and subsequent flight (or, conversely, to the parking lot and open highway).

I am pals with three TIAPD cops, all of whom are on Alpha/Bravo schedules with no such thing as vacation-time anytime soon. That’s how the story goes in police work: national security crisis of any magnitude gets utmost attention and zero liberty.

A police cadet I trained years ago on my squad was recently promoted; she now supervises a squad of her own. Her words today ring loud after working long hours during the Alpha/Bravo rigor in a nearby municipal police department: “This first wave has definitely pushed the medical field and all essential personnel beyond their limits, but this next wave if people don’t change is definitely going to challenge police and military.” Pretty ominous; pretty factual.

I suspect our brothers/sisters wearing airport police-blue uniforms feel the same way, despite the significant reduction in pedestrian traffic. Property protection and stellar gate-keeping is still the name of the game.

In the event human contact comes to mind, airport cops usually sync-up with some of the federal law enforcement officers we mentioned earlier, and talk shop to ease some of the bottled tension or mandatory holdover blues…with “social distancing,” of course.

Filling time, salary comparisons and police leadership pros/cons make up much of the typical banter among LEOs. Cool equipment, awesome law enforcement in-service training, and retirement fantasies round out chats. Including airport cops, many police retirees seem to gravitate to mountain-top homes after hanging up the duty belt. North Carolina, Georgia, and Tennessee have clusters of retired cops breathing close to clouds. For airport LEOs, I guess having an attitude for altitude carries on.

Lest we forget while millions upon millions of people are remaining in the comforts of their homes, cargo and general packages are still arriving via planes. Those respirators, face masks, hand sanitizer being especially formulated and packaged for our nation’s masses? Depending on distance between point A and point B, it is logistically quicker to transport via plane it is by truck. Loads of cargo undergo manifest intake, screening and handling, which means cops must be present, especially those with police canines to sniff out potential contraband that somehow found its way into crates or whatever. Despite dire nationwide circumstances, nefarious individuals seek to capitalize; criminals can be crafty, especially when they think watchdogs are in short supply or distracted by something else…like a pandemic. 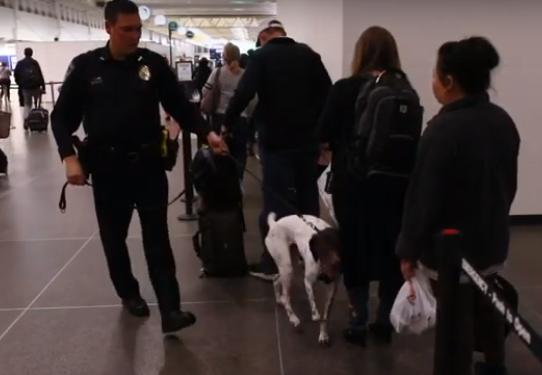 So while things are rather tentative right now, law enforcement is still rounding the base-path, even if not many players are on the field. Just as this pandemic caused a massive mash on the brakes resulting in a national ghost-town of sorts, the reverse will inevitably happen. People will once again make way for air-travel, and airport cops will be there with ever-watchful eyes and bag-sniffing canines.