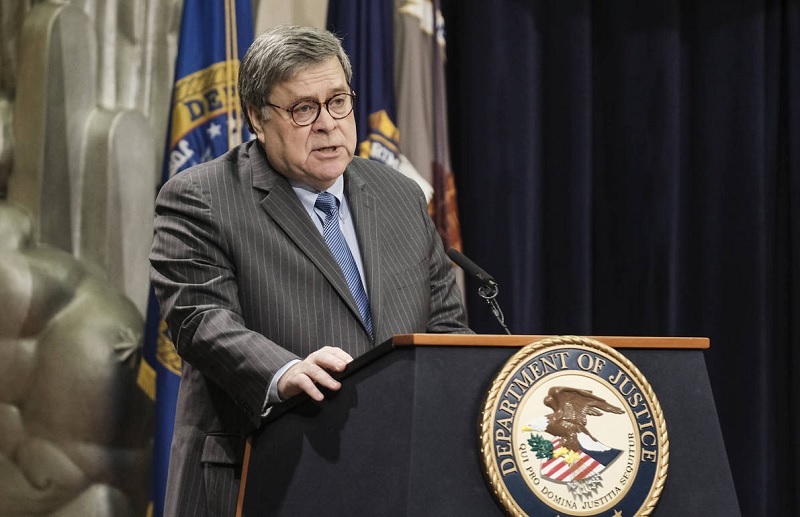 According to the AP, Attorney General Bill Barr recently appointed 18 law enforcement officials to serve on a presidential commission on law enforcement. Now, officials have formed such commissions occasionally at various levels of government, but the feds haven’t done so since 1965. Back then its mission was primarily to reduce crime, not to bridge a divide, since most communities still respected the police. Incidentally, that commission led to the national 911 program.

Among the 18 appointees are David Bowdich, the FBI deputy director, and the acting director of the ATF, Regina Lombardo. Also included are police chiefs, sheriffs, prosecutors, and various rank-and-file cops from across the nation. I wish them luck, though with the overt anti-police animus relentlessly flowing from influential politicians, media personalities, and academics, I fear it will be difficult to make much progress. It’s hard to heal a wound if at the same time someone continues to injure you.

The change in the presidential administration from anti-cop to pro-cop helps, but that will change back the moment the other party wins a future election. Which the history shows will eventually happen. Then the anti-law enforcement onslaught will begin anew and likely with a renewed vigor.

The significance of this incarnation of such a federal commission is not only will it focus on crime reduction but also on how to increase community respect for cops. Barr said, “It is the rule of law that is fundamental to ensuring both freedom and security, and it is our more than 900,000 women and men on the beat who, every single day, uphold the rule of law.” There’s an unfortunate caveat these days. This is only true where cops are allowed to do their jobs.

Refreshingly, A.G. Barr also mentioned “a disturbing pattern of cynicism and disrespect shown toward law enforcement.” One of his stated goals is to reverse difficulties in hiring quality candidates and to work toward retaining officers currently serving. He also expressed concern about an increase in officer suicides and mentioned the lack of trust between cops and their communities.

Barr said, “All Americans should agree that nobody wins when trust breaks down between the police and the community they serve. We need to address the divide.” We do, but it won’t be easy for many reasons.

This divide is not a matter of convincing “the other side” that most cops perform well doing one of the world’s toughest jobs. That’s not the issue. It’s not about an inability to get a message across that people will listen to and, once they understand, arrive at an epiphany.

The issue is about a loudmouthed anti-police faction that has the ear of and/or actually includes some of the most influential politicians, news and entertainment media personalities, and elitist academics who want a different form of policing and a different breed of police officer. Some of these people, who are closer to the mainstream than you’d think, even believe the police should be abolished altogether along with jails, prisons, and the courts.

The City Journal reported on “The latest call to action from some criminal-justice activists: ‘Abolish the police.’ From the streets of Chicago to the city council of Seattle, and in the pages of academic journals ranging from the Cardozo Law Review to the Harvard Law Review and of mainstream publications from the Boston Review to Rolling Stone, advocates and activists are building a case not just to reform policing—viewed as an oppressive, violent, and racist institution—but to do away with it altogether.”

For example, on my department before I retired, there was an effort to get rid of “dinosaurs” (hello!) and hire cops who “better reflected the community.” Well, there’s your first problem. Seattle is known as a bastion of leftist politics, and leftists, generally, don’t seek careers in law enforcement. It’s been my experience that people predisposed to becoming cops tend to be more politically conservative.

So, their recruiting efforts still attract people whom they may think reflect the community because they’re black, Hispanic, Asian, female, gay—whatever. The problem is they believe diversity only applies to physical characteristics and lifestyle. They don’t understand that when they choose a black, Hispanic, Asian, female, gay—whatever candidate, he or she is likely to lean conservative. I know. I know and have worked with many cops in each of these categories, and they tend to be more politically conservative.

Still, I encourage anyone who is honestly trying to improve law enforcement. And there is another benefit to having pro-law enforcement President Trump and Attorney General Barr holding their high offices. They don’t just pay lip service to cops. This commission and their many public statements of overt support prove this.

They honor cops by their words and deeds. Cops are thrilled these offices are no longer held perennial law enforcement critics. The previous administration’s animus was difficult for cops to endure. I mean, how do officers of the law process the nation’s top law enforcement officials holding them and their profession in such low regard?

I’m cautiously optimistic, leaning toward skeptical, that the President’s commission will accomplish its goals. However, I am heartily encouraged that highly placed political leaders finally believe is worth the effort to help the public better understand the nations’ cops and their uniquely challenging job.