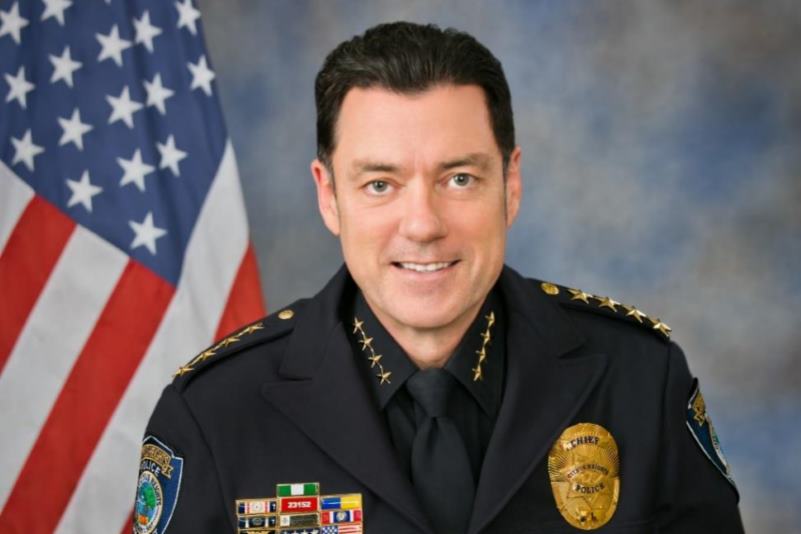 California Governor Gavin Newsom is so woke, he makes people with insomnia look like deep sleepers. How do we know he’s that woke? Among other warped priorities, it’s because woke people seem to have more affinity toward lawlessness than law and order. There’s a reason they call it a criminal justice system. Systems have components—each part having specific tasks—each necessary for the others to function properly.

But, what’s the logical extension of social justice warrior prosecutors weakening the rule-of-law and of local and state governments diminishing a police officer’s ability to enforce laws? Fewer convicts. And fewer convicts can mean closing prisons, which is Gov. Newsom’s stated goal.

But fewer prosecutions do not mean fewer criminals, fewer crimes, and certainly not fewer victims no matter how much the social justice warriors wish to delude themselves. And closing prisons is just the latest dalliance with delusion brought to Californians by Gov. Woke.

The Epoch Times’ Brad Jones recently reported the California Police Chiefs Association (CPCA) is concerned about “California Gov. Gavin Newsom’s dream of closing a state prison [which] could quickly turn into a nightmare, one of the state’s top police chiefs said.”

Ironically, the CPCA says closing a state prison could bring more overcrowding (this is one concern most cited by people advocating for prison closures) and more homelessness. We all know how intelligently California has dealt with that problem. The chiefs warn a prison closure could also “put greater strain on county jails and police.”

Gov. Newsom cites “over-incarceration” as a persistent concern and believes there should be more focus on rehabilitation. Restorative justice, I believe they call it. People like Gov. Newsom are being disingenuous. Listening to them you’d swear most prisoners have been wrongly convicted by a racist system.

Even a casual jaunt into the criminal justice system will show you just how difficult it is to get a significant jail sentence (normally for a year or less) and even harder to get tossed into prison (more than a year). I recall when I was still on the job hearing that in King County Washington it takes an average of seven convictions for auto theft before the car thief will see any real prison time. I remember similar numbers for burglars. All I know is we kept arresting the same people for the same crimes repeatedly with no apparent breaks for prison sentences.

After an arrest, cops routinely run a suspect’s rap sheets (criminal records) to confirm identity and get a sense of the person’s criminal history. You’ve heard the common TV quip: “He has a rap sheet the length of your arm.” Well, many of these folks have a rap sheet the size of Shaquille O’Neal’s arm.

With prosecutors refusing to prosecute crimes they don’t like, including some violent offenses, many suspects, even repeat offenders, never make it into the prison system. Add to that the penchant for plea bargains and “sanctuary” jurisdictions protecting illegal alien criminals, prison remains an elusive prospect even for those well-deserving of incarceration.

So, the criminals that do finally make it to the slammer should do their time—all they have coming to them—with time off for legitimate good behavior. Not be transferred to a county jail designed to keep less dangerous inmates for shorter periods or released back into communities to prey on more victims.

Ron Lawrence, CPCA president and Citrus Heights police chief said, “I arrest somebody here in my city, maybe for battery or maybe it’s for vandalism, or maybe it’s for burglary. I take them to [the county] jail, but because the jail is full … the jail turns around and bounces them out.”

Another thing prison-closure advocates blame for “over-incarceration” are an increase in convictions for “non-violent” drug offenses. Rises in prison populations due to drug crime is a myth City Journal Contributing Editor Heather MacDonald, for one, has dispelled.

During a Senate Judiciary Committee hearing in 2015, Powerline Blog reported MacDonald said, “Drug enforcement was not the driving factor in the growth of the prison system. Violent crime was and is. Since 1999, violent offenders have accounted for all of the increase in the prison census, and they were the predominant factor before then.”

A 2019 Politico article backs MacDonald’s assertions. “Drug crime is not what’s driving the high prison population in the United States. It’s crimes of violence. And this omission has consequences. It means that any ‘solution’ is unlikely to achieve its intended goal and in the meantime, society will continue to suffer long-term damage—physical, psychological and economic—from a persistent cycle of unaddressed violent crime.”

As it is, in 2011 (to be fair, before Gov. Woke’s regime took the baton from Gov. Moonbeam), as a result of a Supreme Court ruling, rather than build more prisons, California chose to transfer violent felons from state prisons to county jails. Chief Lawrence said, “Ask any county sheriff in the state, and they will tell you that the violence rate and criminal sophistication in their county jails have exponentially increased.”