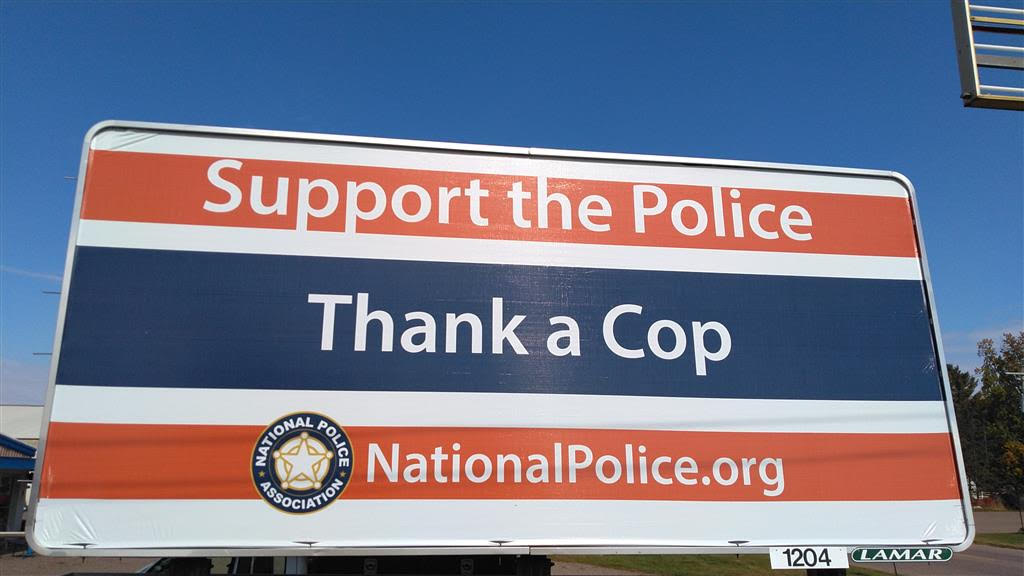 (INDIANAPOLIS, IN) — The National Police Association announced a new state has been added to its national billboard campaign asking people to support the police by thanking a cop. The latest state is Wisconsin with an initial 5 billboards.

Law enforcement staffing in Wisconsin has reached a record low in 2022, down to fewer than 13,400. At the same time, Wisconsin’s population is increasing. Correspondingly, major cities in Wisconsin will break records this year for the number of homicides and violent crimes overall, while understaffing is producing longer police response times and lower solve rates. The support for criminals and antagonism against police from elected leaders and activists continues to produce early retirement, resignations, and reduced applicants for law enforcement agencies.

Wisconsin residents can make a difference by letting elected officials, activists and cops know they support the police.