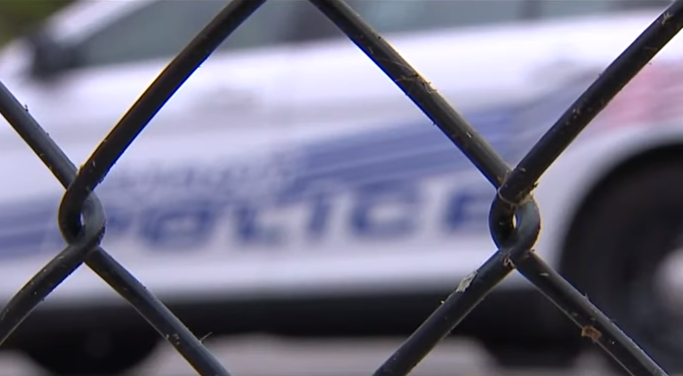 In a recent article here on NPA, I briefly mentioned an experience I had as a midnight-shift cop working in upper temps and being instructed to “park” the police cruiser as much as possible, due to price-at-the-pump predicament. In other words, significantly reduce fuel consumption by standing idle, parked, or immobile, kinda putting some crime suppression on hold. Like now, the reasoning back then was surged gas prices which drain already-compressed law enforcement budgets.

Times have changed but circumstances replicate. Police budgets are typically a major component of every American jurisdiction’s covenant with its residents and merchants—public safety first. Despite that, I’m fairly certain you heard how tight and skeletal law enforcement agency coffers can be, whether fuel is scarce or flowing like Niagara.

Like any other police department, mine naturally prioritized its needs and acquired crime-fighting essentials right after the fiscal-year funds were allocated by elected officials for respective city services such as police, fire, and sanitation. The rest of the year was crossed fingers and hopes of hurricanes staying out in the ocean…or at least losing steam. Otherwise, expenses of preparation are exacerbated when any hurricane bears fangs, what meteorologists call a “direct hit.”

No hurricanes as of yet, but the more immediate direct hit is stemming from inflation and big numbers at the gas pumps.

Due to unsustainable costs of fuel, recent reports indicate independent truckers across the nation have been considering other careers because of the inability to afford gas without starving themselves. The same is true for transportation companies trying to move products from point A to point B without breaking the bank. That cost is usually passed on to consumers in the form of increased retail prices tallied by the cashier.

In situations like this, police officers typically see surges in shoplifting calls, all stemming from the inability of people to afford the often-huge hikes. Doesn’t justify such decisions, but desperate people do desperate things during desperate times.

Shoplifting spikes can be addressed by police by being seen as much as possible. In jurisdictions that ordinarily operate on minuscule budgets (or larger ones defunded by the antithetical zealots who see no value in law-and-order professionals), expenses in patrol operations are looked at. Parking cop cars are generally the initial response.

Parking police cruisers in front of retailers are not necessarily bad news—can be a billboard for kleptomaniacs to think again. In that context, every merchant expects the same stationary presence, what is referred to as “stationary patrol.”

Somewhat of an oxymoron, stationary patrols mean cops taking a fixed position and being visible while present for any period at a place of commerce, purposed to deter would-be criminals (and save fuel). My agency called it “directed patrols” whereby squads of police officers were responsible for parking their assigned cruisers, catching up on report-writing, and other administrative duties (study training materials, update court attendance calendars, process uniform traffic citations, etc.).

Back in the day, when gas prices challenged the already-thin budget, directives came down from command staff to park cruisers as much as possible. Generally, officers were autonomous and granted reign over where they’d do their part to help the budget by preserving fuel. On day shift, our cops chose to occupy the larger shopping centers (more bang for the buck).

On the midnight shift, only a few businesses were open 24/7, so my squad divvied up where everyone would park (chronicled by a squad supervisor). Otherwise, we’d park where we were not in the way but visible to motorists at the larger intersections. As anyone can imagine, a fully marked police cruiser can do wonders for those whose symptoms include making sure to mash the accelerator so the pedal kisses the floorboard.

Several ill-considered factors arose from the fuel conservation initiative, though.

It is most often hot in Florida, making A/C necessary, making ballistic vests like saunas, which means the cruiser must be on…blowing cool air. For police K9s, climate is a necessity, and the canine-centric gadgets engineered to keep K9s cool require powered-up cruisers.

Conversely, our brothers/sisters in chilly climates will need engines on to greet heat while standing on ice and snow, for example. 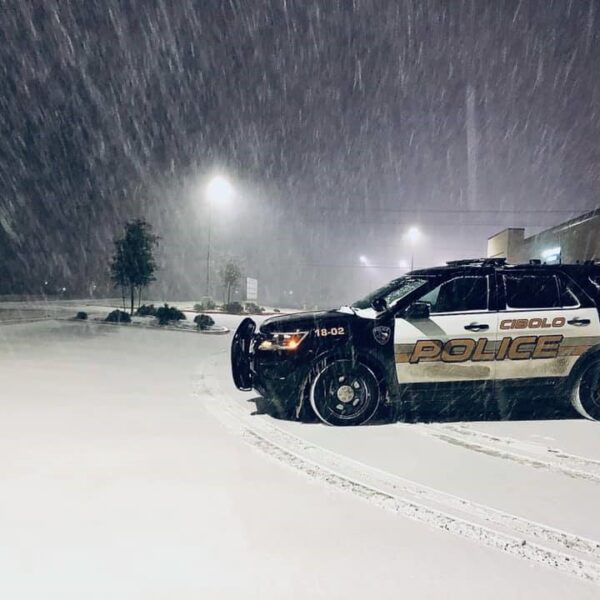 More important (in my book) was the “officer safety” issue of being in an inert status which would consume precious time in the event a threat was too close and/or get-up-and-go imperatives were defeated by “stationary patrol” requirements.

Here we are again, many moons later, having cops preserve gas by sitting idle. Despite the cruiser’s longevity and less wear and tear due to being a public safety statute, all people want to see their police force driving around and making passes through streets and parking lots. They also do not like to increase the tab required to operate a law enforcement organization.

As South Zanesville, Ohio, Police Chief Mark Ross discussed with “Fox & Friends” host Steve Doocy, his police officers were ordered to park their cruiser in one spot and shut down the engine. Less police mobility means more undeterred lurking by criminals undesirous of interventions such as cops.

“We’re not as visible as we normally want to be,” said Chief Ross. “We’d like to move around through our village and let people see us.” But the gas thing means Take a seat. Sure, safety concerns have been raised by South Zanesville citizens. According to the chief, though, a proposed increase to the city’s police budget was struck down.

A thorn on the vine of typical “do more with less” dictates, for a small police agency with a force of under 10.

“We’re going to be over our budget if it continues,” Chief Ross echoed. “Economically, we’re getting strapped here.” That is likely not much different than any of America’s 18,500 or so police entities feeling the same heat to varying degrees.

From what I understand, equipment purchases for the South Zanesville police force are upended now. Those earmarked funds are reallocated for the department’s gas expenses.

In these exact circumstances, how do law enforcement entities adapt so that citizens do not feel the pinch encountered by government purse strings pulled tight? Out of the box…as in out of police cars and onto police Trek bicycles, Segways, and foot patrol (covering territory via any of the aforementioned modes of transportation, none requiring high-priced fuel). 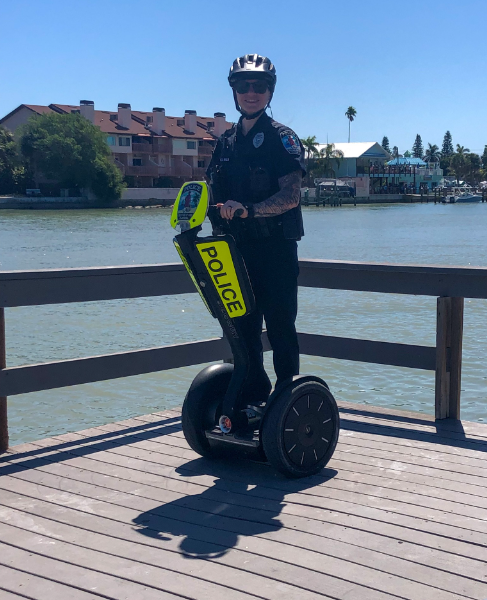 However, battery-operated Segways have to be recharged so they do not become unintended stationary patrols, perhaps requiring a gas-powered tow truck to flatbed it back to HQ and the charging system. Plus, the initial cost goes up for police agencies which are required to adorn them with requisite red/blue lights, siren boxes, “POLICE” markings, police-user personal protection equipment, etc.

EV equipment such as Segways and police bicycles reminds me of how vital it is for law enforcement agencies to take advantage of grant-writing skills. Finding myself on light duty once again (cancer treatment), I took up the grant-writing mantle and scored some big wins in terms of police apparatus.

The debate used to be about affording to hire a grant writer. Conversely, it seems prudent to say they can’t afford to, underscored by the topic we are discussing today. Grant funds for one thing (whatever it is, whereby tax dollars are not used) can offset the strain of other things (the fleet’s fuel tab).

For example, our bicycle patrol unit was awarded grants for protective equipment while patrolling on two wheels. Synonymously, another grant received was allocated under the umbrella of police-community relations, with the specific intent to acquire and issue free bicycle helmets and elbow/knee guards for children. A police bike rodeo was the venue to hand out free goods and spend “ride time” with the kids, teaching them safe-riding skills and rules of the road.

Bicycles are limited only by operator agility and endurance…and roads void of sharp objects which thrive on rubber rounds. 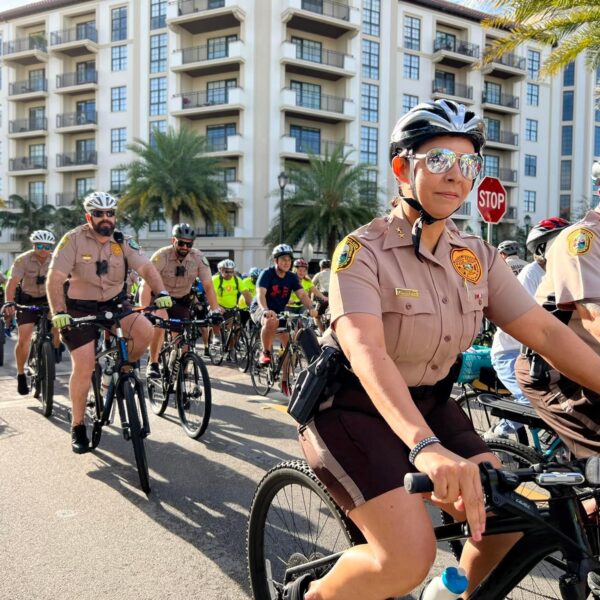 The one drawback for bicycle patrol officers is the high potential of being waffled on midnight-shift, by automobile operators (some of whom are DUI and react poorly even after they may notice you and the glow-in-the-dark POLICE insignia) and their need for speed, especially while cutting corners like being pursued. Almost had my ticket punched several times peddling patrol on mids. Would fare much better in an auto.

Automobiles are the ideal vessel in which to engage certain types of criminal responses. No arrested party can be foisted onto the back of a bicycle patrol cop or one operating a Segway—a car is still required for transport to county jail.

Car crashes requiring lane blockage and traffic control? Police cruisers are ideal for auto-related incidents (even though Move Over Laws designed to protect them is another ongoing public safety dilemma altogether).

A vehicle remains the go-to mode of police officers to go to calls for service in the timely manner expected by residents and merchants.

The one thing that compelled my agency to revert to fully mobile police patrols was crime rates—they soared. Traffic crashes went down (parked at major intersections raised driver conscience) but criminal event stats shot up.

Subsequently, the city council and police executives held a powwow and decided to dip into city discretionary and slush funds to handle fuel expenses. Guess what! Crime rates plummeted.

Well, we analyzed law enforcement agencies and their ordinarily lean budgets reconfigured to cope with expensive fuel bills. Imagine how typically lean-budgeted police agencies are compounded by the fangs of defunding efforts, somehow juggling this fuel price spike and crimefighting…