Skip to content
When is An Adult Criminal Not An Adult? When California Says So. 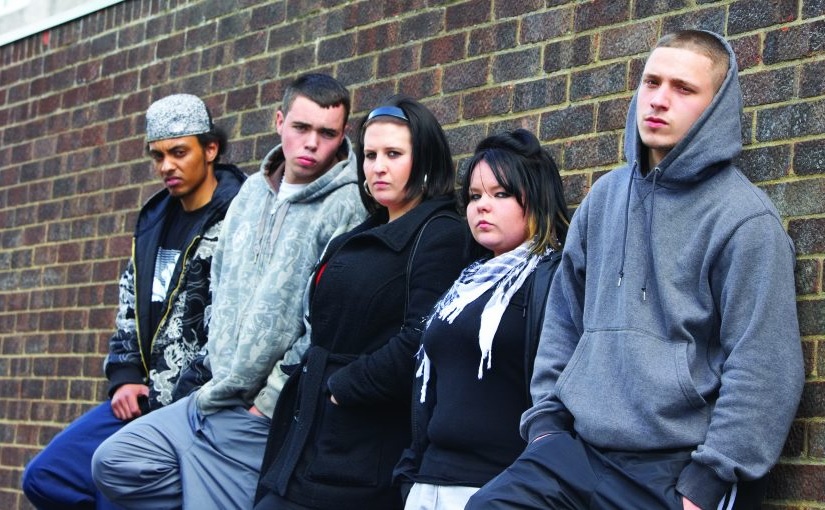 Oh, what now? So glad you asked. I wish California politicians would shut down their stupid-idea factory for even one day, so Americans could catch their collective breath before that state foists its next stupid idea on the nation.

This most recent stupid idea is linked to California’s anti-cop nonsense. Why? Because it is creating yet another situation where the government coddles serious criminals. And when, rather than punishing them, the government releases those criminals back into our communities, it puts both residents and cops at risk.

According to the Sacramento Bee, Sen. Nancy Skinner (D-Berkeley) has introduced some head-twisting legislation (Berkeley? Weird a stupid idea would come out of Berkeley). Sen. Skinner said, “Under the proposed bill, 20 would be the new age when someone would automatically face criminal charges as an adult.”

Remember, if these “kids” are receiving prison time, they’ve done something seriously wrong and likely violent. Adult criminals have a hard time getting the prison sentences they deserve. And it’s even harder for juvenile criminals to get the sentences they’ve earned.

And what happens if such a law passes? Well, you know how you hear about adult criminals exploiting accomplices under age 17 to commit crimes? Now, for an additional two years, 18- and 19-year-olds can commit the crimes themselves, knowing they will suffer a lesser penalty, if they’re penalized at all. After all, they will not stop committing crimes. In fact, this is an invitation for them to commit more crime.

Sen. Skinner says 18- and 19-year-olds lack the maturity to do prison time. Well, they committed the crime knowing the consequences—or they should have known. What’s that old Barretta tv show theme song line? “Don’t do the crime if you can’t do the time.” Has a sweet, simple logic to it, doesn’t it?

“Real public safety outcomes?” Compared to enforcing the laws consistently, equally, and making people responsible for their bad behavior? I’ve had it up to here (I’m holding my hand about a foot over my head) with politicians calling for counseling, treatment, and rehabilitation for people who commit serious crimes. Perhaps, they should get those things as well, but while in prison.

Sen. Skinner uses the term “teenager” like a euphemism to make you think of kids wearing letterman jackets and innocent smiles who’ve just made a few “mistakes.” Oops! Committed an armed robbery, did that home invasion, or jacked that family’s car. My bad!

Many “teens” who commit serious crimes are hardened by 16- or 17-years-old with a long list of crimes already on their repeat-offender resumés. Criminals, adult or juvy, rarely get caught the first time they break the law. And, for every time police arrest them, they’ve gotten away with many other crimes. Should society attempt to educate, counsel, and rehabilitate these young offenders? Absolutely! But in conjunction with their deserved prison sentences, not instead of them.

Sen. Skinner argues higher car collision rates is the reason states raised drinking ages to 21. Skinner included in her press release a quote from public defender, Brendon Woods. Woods said teens can’t buy tobacco, alcohol, “or even rent a car, yet they can be sent to prison for the rest of their lives. Kids should be treated like kids.”

Here, Woods raises Skinner’s ante and uses “kids” as a euphemism instead of “teens,” which conjures even more innocence. He says we should help kids who get “in trouble” not lock them up “in a cage.” In using the term “cage,” he betrays his ideological motivations.

I’m more in line with Larry Morse. He’s the legislative director for the California District Attorneys Association (fortunately, he doesn’t strike me as one of the George Soros-purchased DAs). Morse, citing Skinner’s inconsistent reasoning, pointed out at 18-years-old, the government deems these “teens” old enough to marry, enter into legally binding contracts, vote, and risk their lives serving in the military. He concluded, “You’re old enough to make all those decisions at 18 yet not old enough to be held as an adult when committing crimes?”

And who will have to deal with these “teens,” these “kids,” who rob, rape, and murder? California’s law enforcement officers. Don’t these cops have enough to deal with without further flooding communities with more criminals who should be in prison? You’d think so. But, for now, we’ll just have to wait for the day when common sense in California is once again common.