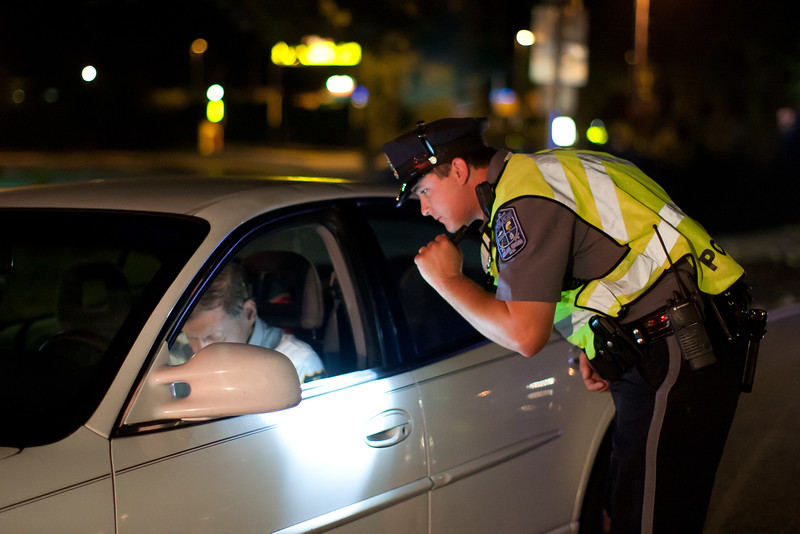 The Virginia General Assembly (Legislature) scripted and passed two bills which would largely sideline cops’ ability to enforce traffic laws and ensure public safety, effectively signaling a relative free-for-all on roadways which will amount in otherwise preventable calamities. Virginia SB 5029 and HB 5058 are identical bills, both unambiguously rendering police personnel anemic and impotent with regard to protecting and serving, specifically those on the highways and byways where countless tragedies occur daily—even with ubiquitous traffic enforcement efforts.

Virginia Governor Ralph Northam has until October 21, 2020 to address the legislative actions aiming to downplay the vital role of law enforcement officers and traffic stops related to inherent public safety.

Since these two bills mirror each other, here is the summary language benching law enforcement while allowing criminal enterprise to flourish: “Issuing citations; possession of marijuana and certain traffic offenses. Provides that no law-enforcement officer may lawfully stop a motor vehicle for operating (i) without a light illuminating a license plate, (ii) with defective and unsafe equipment, (iii) without brake lights or a high mount stop light, (iv) without an exhaust system that prevents excessive or unusual levels of noise, (v) with certain sun-shading materials and tinting films, and (vi) with certain objects suspended in the vehicle.

“The bill prohibits the enactment of a local ordinance establishing a primary offense when the corresponding provision in the Code of Virginia is a secondary offense. The bill prohibits any local ordinance relating to the ownership or maintenance of a motor vehicle from being cause to stop or arrest a driver of a motor vehicle unless such violation is a jailable offense. The bill prohibits a law-enforcement officer from stopping a pedestrian for jaywalking or entering a highway where the pedestrian cannot be seen. The bill provides that law-enforcement officers are not permitted to stop a motor vehicle for an expired safety inspection or registration sticker until the first day of the fourth month after the original expiration date. The bill also provides that no evidence discovered or obtained due to an impermissible stop, including evidence obtained with the person’s consent, is admissible in any trial, hearing, or other proceeding.”

In effect, Virginia seeks to allow unlawful activity while suspending cops from making lawful stops and investigations…the very tenets we expect in a public safety context. Also in the language is the fact that the state lawmakers forbid the many small local municipalities from seeing things differently (from a public safety perspective without political pander). City managers who may disagree with these bills and want his/her cops to enforce the contained statutes are essentially strongarmed into compliance.

So, no lights to illuminate a vehicle license plate is rather self-explanatory; in certain context, it is not a big deal—during daylight it is a no-brainer. At night, a license plate light helps to see the digits, but police car headlights and careful distancing can resolve clarity issues in the absence of a tag light.

State laws that prohibit too dark window tint films in automobiles are written for a reason: they tend to dim a driver’s visual acuity (especially in inclement weather, such as Virginia endures, and at night). There’s a reason we don’t wear sunglasses at night. I guess Virginia lawmakers do not see it that way. Synonymously, to a law enforcement official, seeing into a vehicle is a paramount ingredient in both officer and citizen safety. Furtive movements shrouded by dark window film is akin to going in blind, forfeiting officer safety protocols. And we’ve all seen how some malcontents enjoy ambushing police officers nowadays. Why set the stage for potentially violent actors to be successful? 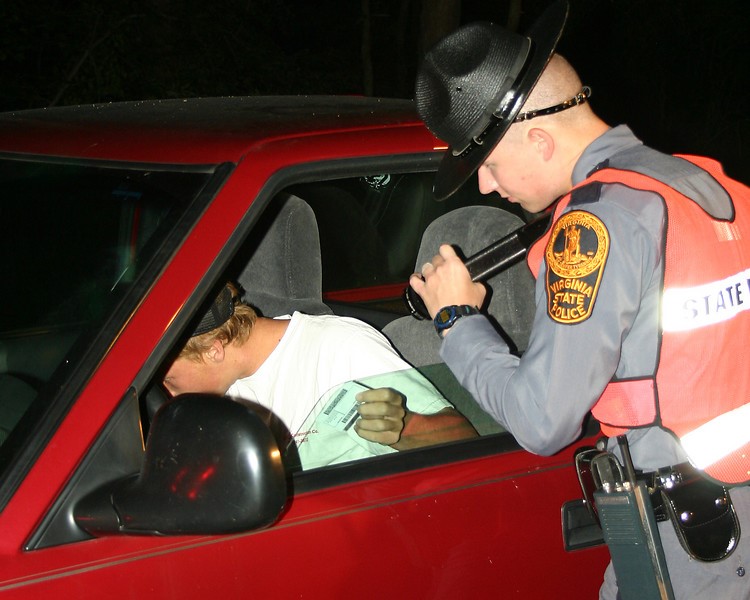 State laws that outlaw “defective and unsafe equipment” (self-defining and self-explanatory) are also on the books for a reason. Unsafe machinery of any kind out among the American public warrants a stop and, if deemed dangerous, removed from the roads before horror strikes. Too bad Virginians’ self-preservation is now on the chopping block despite the fact they pay taxes for properly paved and safe roads maintained by the Department of Transportation and safely ensured by police officers.

When I was in service, the Plain Odor Doctrine —whereby a sworn and thoroughly trained law enforcement officer can justify an investigation by olfactory senses triggered from the smell of marijuana emanating from therein— is also being shelved. That means that, like alcoholic beverages increase poor judgment and reaction times, a driver under the influence of cannabis while operating a car is free to cruise the way of innocents (pedestrians, other occupied automobiles, structures open for business, etc.) while in a mental fog of sorts. My mind conjures “sobriety checkpoints” and how such strategies to ensure roadway safety will be handled. 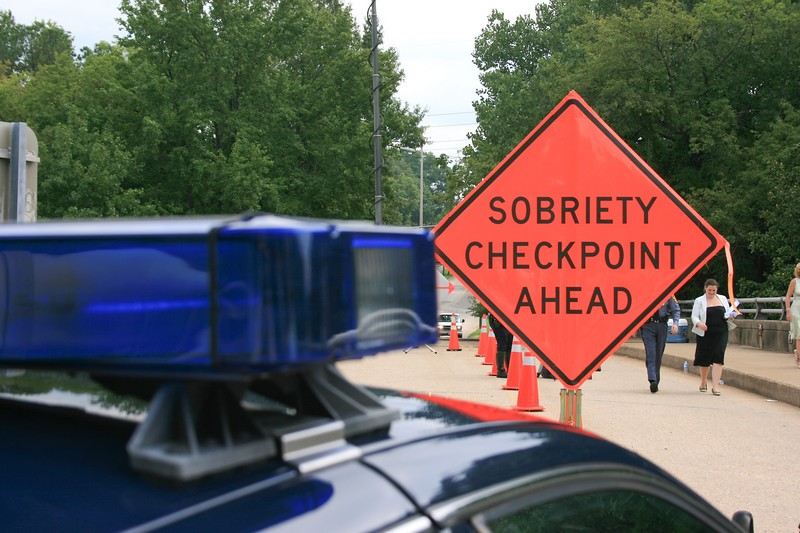 Speaking of human senses, Virginia lawmakers are apparently unconcerned about decibel levels of automobile noise (not to mention the high potential of cars spewing toxic materials via faulty exhaust systems). Cops being barred from stopping cars emanating excessive exhaust noise is akin to lawmakers telegraphing We don’t care about your auditory capacity and/or peaceful existence jarred by boisterous auto mechanisms.

Every single one of the bill’s tenets indicates a stab at police and nothing having to do with motoring safety and pedestrian preservation.

Already passed in the Virginia House and Senate, if these laws are enacted via the signature of Governor Northam, Virginians are a massive lot of lame ducks, expanded by visitors just passing through.

Expectedly, none of this nonsense got by Mothers Against Drunk Driving (MADD) in Virginia: “MADD urges @GovernorVA to amend SB 5029 and HB 5058 to ensure law enforcement can arrest suspected impaired drivers for only having a headlight out. Impaired drivers already utilize loopholes in DUI laws to avoid justice. Please fix this provision to keep our roads safe!”

“Secondary enforcement” means only violations of primary traffic laws authorize cops to conduct a traffic stop, thus enabling them the opportunity of addressing secondary traffic laws (in Virginia’s case that would be something like running a red light, being stopped by police, during which time “defective and unsafe equipment” (such as a no brake lights) can also be investigated/mitigated.

Frankly, whether in Virginia or any other state, these legislative actions defy logic and undeniably undermine efforts to ensure public safety; in Virginia or any other jurisdiction, these maneuvers have only grotesque consequences. Has any Virginia legislator/proponent pushing these bills considered collateral damages? It is pretty much a guarantee that only terrible results will be prevalent. Ultimately playing the odds with lives of Virginians and visitors while myopically coddling anti-police factions? It is rhetorical. It is shameful. It is misguided. It is potentially deadly…just ask patrol officers. 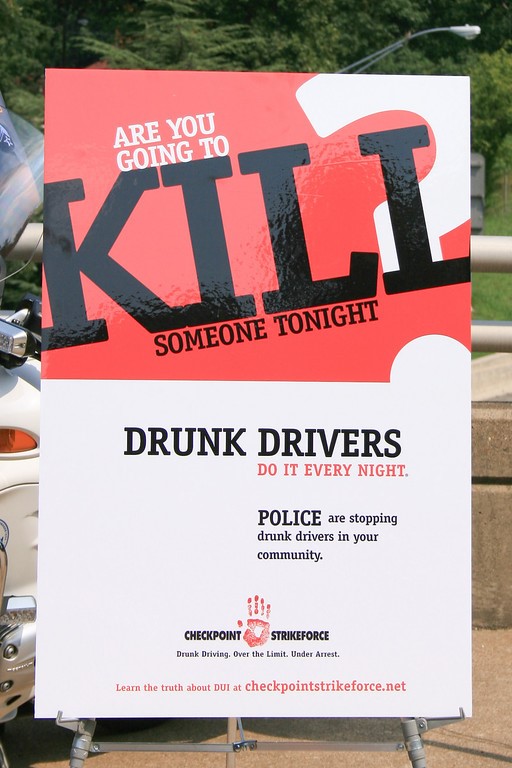 If Mr. Northam greenlights these ludicrous laws and leans toward an autobahn-like motoring environment, National Highway Traffic Safety Administration (NHTSA) personnel will have their hands increasingly full and assured job security as the traffic statistics and fatality tallies in Virginia soar as swiftly as the motorists granted cart blanche to potentially wreak havoc while police are made to spectate. Cops are designed to preempt casualties, not as clean-up crews. Somehow that got lost in the Virginia House and Senate.

In all of this, once again the onus is entirely couched upon the law enforcement community while responsibilities of citizens to do the right thing is canopied under the safe shade provided by Virginia legislators who seem to permit heaps of sand above their hairlines.

The drastic alterations of Virginia traffic codes remind me of my very first traffic stop as a rookie cop. In my case, the context of establishing probable cause for police officers to lawfully initiate a traffic stop to determine/investigate a motorists seeming carelessness and/or mobilized criminal deeds illustrates pertinence and validity of all motor vehicle statutes/enforcement.

First day on the job with a field training officer (FTO) in the passenger seat, literally patrolling the city’s main drag while the lunch crowd was out and about. A driver behind my fully-marked police cruiser is “kissing my bumper,” dangerously close, and in violation of Florida’s “following too closely” statute. Via his side-view mirror, the FTO noticed; so did I.

In my rear-view and side mirrors, I could easily discern the female driver and her male passenger were engaged in an argument; she not paying attention to her driving, the male paying attention to the driver’s face. Over the course of a few minutes, none of this abated. It was as if my police cruiser was invisible.

My FTO uttered for me to change lanes and then get behind them. I did, activating my emergency lighting to initiate a traffic stop. Although they had ample opportunity to safely pull over, they delayed and pulled over two blocks later. My FTO and I both shared observations of ample “furtive movements,” with the male passenger looking back at us. This is gonna be interesting, I thought. It was!

These two weren’t Cheech and Chong but they were in that same throes: in possession of a variety of Schedule I narcotics (“rolling pharmacy”), several warrants with their names on them, suspended licenses, expired vehicle registration, no auto insurance, drug paraphernalia, a loaded firearm under the passenger seat, and a few other misdemeanors under their belts. If not for the safety-based traffic law of “following too closely” on the books to lawfully effect a traffic stop culminating in all the aforementioned criminal deeds, free they would have been…with pedestrian targets along the way. That’s just one example; Virginia looks to make it exponential, multiplying grief-stricken loved ones.

Translate that real-life scenario to what the Virginia government is trying to do, and you can see the counterintuitive, contributive, and conflicting nature of their proposed statutory machinations.

Per CBS 6, Governor Northam stated, “We have concerns and so we’re gonna look at probably make some amendments. And I say stay tuned, but we’ll make sure that driving on our roads in Virginia is safe. That’s certainly top priority.” Sure hope so!

Mark his words. He has until October 21 to weigh in with either with anti-cop measures or veto it altogether. I do not see middle-ground editing.

If enacted into law, the longevity of these Virginia bills will be far less in number than all the preventable fatalities stemming from political pandering and sidelining cops. The causal relationship is nothing less than a hands-off approach—literally forbidding cops to enforce safety features.

Via these bills, expectations of positive gains are laughable. There is no validation in creating laws to the detriment of the populace at-large.

As VACP President Chief Howard Hall wrote in September 2020: “Efforts to eliminate qualified immunity, decrease funding for state and local law enforcement and ‘defelonizing’ assault and battery on a law enforcement officer will do nothing but erode our ability to effectively provide public safety services. Many of the proposed police reforms will do nothing to protect victims or reduce crime.”

This denotes everything about Virginia lawmakers’ sentiments about cops.

Chief Hall’s statement was punctuated by Dana Schrad, the executive director of VACP: “The vast majority of Virginia police officers are dedicated public servants who want to serve and protect their communities. Tragically, we expect to see many officers leave policing and very few new applicants. The General Assembly won’t have to defund our agencies if our people walk away from public service.”

And that last part seems to be the core of such asinine legislation, creeping closer to a cop-less society where misguided beings in power consciously/subconsciously satiate anti-police whiners who promulgate anarchy.