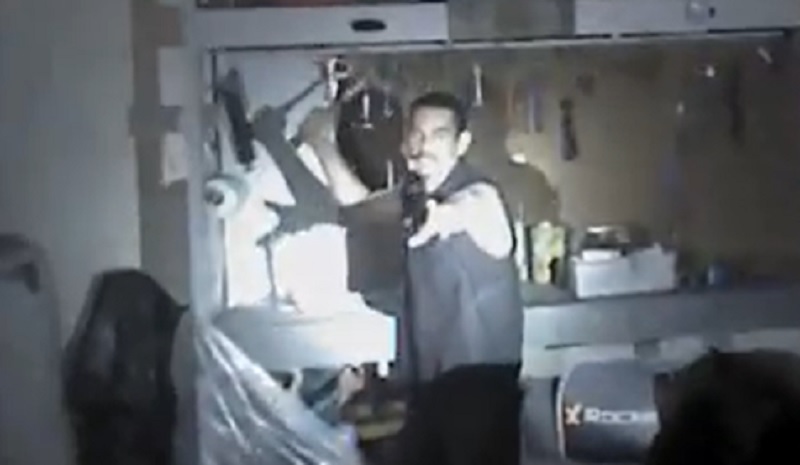 The U.S. Court of Appeals for the Tenth Circuit (hereafter the 10th) has reversed a lower court ruling in Bond v. City of Tahlequah, which is headed to the U.S. Supreme Court. This case may decide whether courts should judge cops involved in lethal force incidents by the current “objectively reasonable” standard, which SCOTUS found in Graham v. Connor. Or whether judges should use 20/20 hindsight to evaluate if officers’ “pre-shooting conduct” “caused” the deadly use of force.

As explained by Mike Callahan at Police1.com, SCOTUS ruled, “all claims that law enforcement officers have used excessive force – deadly or not … should be analyzed under the Fourth Amendment and its ‘reasonableness’ standard.”

In Bond, it seems, the 10th blatantly ignored SCOTUS and specifically inserted 20/20 hindsight into their ruling. SCOTUS was clear in Graham. “The reasonableness of a particular use of force must be judged from the perspective of a reasonable officer on the scene, rather than with the 20/20 vision of hindsight.”

Obstinately, the 10th stated that its shooting examination will include “whether the officers approached the situation in a manner they knew or should have known would result in an escalation of danger.” Attempting to capture a suspect often escalates the danger.” Should cops not pursue a suspect, if they know the suspect may escalate violent behavior?

Shouldn’t a reasonable police officer wonder if the 10th is being explicitly anti-police? I doubt the judges who ruled against the cops were unaware of SCOTUS’s proscription on 20/20 hindsight. What does that leave cops to conclude about the court’s motivations?

Callahan also wrote, “The Tenth Circuit reversed and stated that in its analysis of officer-involved shootings, ‘Officers’ conduct prior to the seizure [i.e. shooting] is also relevant to this inquiry.’” If judges may leisurely apply 20/20 hindsight to assess an officer’s “pre-shooting police conduct” that supposedly “caused” the use of force, what reasonable person would become a cop?

In Bond, Dominic Rollice’s, ex-wife called 911 to report her ex-husband does not live there, is in the garage, refuses to leave, is drunk, is a registered sex offender, and still has some tools in the garage.

Officers contact Rollice, who is standing near the garage door. An officer tells Rollice to stop, but he enters the garage. You can see, in the officer’s body-worn camera video, Rollice refuses to comply with any of the officers’ lawful instructions.

Instead, Rollice walks toward the back of the garage. The officers follow him inside. Rollice refuses to keep his hands in view, turns his back to the officers, and walks toward a tool shelf containing several items. He grabs a hammer and holds it menacingly toward the officers.

Officers draw their weapons and shout several times for Rollice to drop the weapon. He repeatedly yells back, “No!” One officer draws a Taser, to which Rollice acknowledges officers were going to tase him. When the Taser officer steps toward Rollice, he draws the hammer back, at which time officers fire. Rollice crumples over but raises the hammer again. An officer fires once more, and Rollice drops the hammer and falls onto his back.

Officers handcuff Rollice, who’s laying on the ground, moaning with struggled breaths. One officer tells the man several times, “stay with me.” Emergency medical personnel arrive and transport him to the hospital where he succumbs to his injuries. The M.E. later determined the head wound was fatal and no medical attention would have saved his life.

The 10th made some determinations that defy reason, especially for a trained police officer. In fact, their conclusions turn inside out law enforcement training cops get nationwide. The court observed that an officer first stepped toward Rollice at the garage door, causing him to retreat into the garage.

Callahan wrote, “The court next blamed the officers for cornering him at the back of the garage and stated that the officers were now ‘blocking the only exit from the garage.’ The court further opined, ‘When Dominic pulls the hammer back, he does so in response to Officer Reed’s advance with the TASER.’”

Callahan continued, “The court explained, ‘The reasonableness of [officers’] actions depends both on whether the officers were in danger at the precise moment that they used force and on whether [their] own reckless or deliberate conduct during the seizure unreasonably created the need to use such force.’”

The 10th stated that its shooting examination will include “whether the officers approached the situation in a manner they knew of [sic] should have known would result in an escalation of danger.”

The court concluded by stating that a reasonable jury could find that the officers created a lethal situation “by driving Dominic into the garage and cornering him with his tools in reach,” and their “reckless conduct unreasonably created the situation that ended Dominic’s life.” Isn’t this judicial lunacy?

The 10th seems to be saying cops capturing criminals is “reckless conduct?” These judges are applying standards that apply more to police handling mass demonstrations by using a controversial tactic called “kettling.” Essentially, police cannot order demonstrators to disperse without leaving an outlet to do so. In Bond, the officer’s duty was to detain Rollice and investigate a 911 incident. Allowing him an avenue of escape, sort of defeats the goal, right? It also defeats common sense.

Blocking Rollice’s escape was their job. A suspect is not a mass demonstration where police need to provide an outlet. The suspect was not told to “disperse” but the opposite. He was under investigation and not cooperating with lawful police instructions.

Cornering and trapping the suspect was the cops’ specific objective. That’s how law enforcement works. Or is the new standard that officers may not pursue or arrest a suspect unless they provide that suspect with an opportunity to escape? Isn’t that what the 10th is saying?

Speaking of blaming cops for “excessive force,” after those officers entered the garage, Rollice refused to follow instructions. He turned his back to the officers, hands out of view, and he reached onto the dimly lit shelf. The officers very well could have shot him right then. Instead, they accepted additional risk by not shooting. When I first watched the video, knowing it was of a police shooting but not knowing the specifics, I expected him to turn around with a gun.

When Rollice turned toward the shelf, he could have accessed a firearm from his waistband or pocket. Officers had not patted him for weapons. He also could have thrown the hammer and struck an officer. Officers must consider the worst-case scenario. Of the four people in that garage, only Rollice knew what he was about to do, what was on his person, and what was or was not on that shelf.

It doesn’t matter what anyone else, even another police officer, would have done. It’s about those officers in that specific life and death moment. After the fact, even other cops will give you their perspectives but from a safe place with time to think about the answer. That’s a luxury cops on the scene don’t have. Each officer is separately inputting and assessing the “data” at the speed of thought. In that hypertense moment, officers do not focus on what officers behind or to the sides of them are doing. They focus on the threat from their unique perspectives.

The 10th is setting the table to blame the police for all uses of force. What would prevent a court from ruling that an officer simply pursuing a violent felon, who he’s later forced to shoot, isn’t pre-shooting police conduct that “provoked” the suspect to become violent?

If I were a young man thinking about a law enforcement career, and police recruiters had shown me the video of the incident and then had me read the text of the 10th Circuit’s reversal of Bond, I’d have done a reversal of my own, dashed out the door, and headed over to the fire department recruiter.

Callahan concludes: “The Rollice case is the latest in a series of questionable decisions involving police shootings in the Tenth Circuit. In these cases, the Tenth Circuit pays lip service to the Supreme Court’s opinion in Graham v. Connor but then ignores the Court’s direction and guidance and looks backward to examine officer pre-shooting conduct. This involves 20/20 hindsight pure and simple.”