Skip to content
The Patrol Officer’s Office – the Police Car 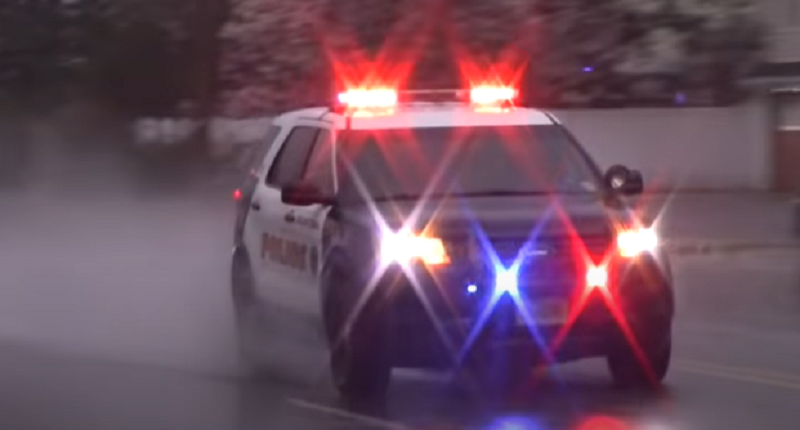 As I review law enforcement news daily I am reminded of the role of the police car in the lives of officers working the streets of America. Just as the steeds of the cavalryman of old were essential to the troopers of the day, so are the glass and metal cages surrounding our troopers today.

That advent of the police car over foot and horse patrol meant faster response times and more area covered to keep eyes on the beat. It also meant officers zipping by their public rather than sauntering along with conversations along the way. Many officers are encouraged to park their cars and walk the streets from time to time, but the problem of finding time to do that in the press of calls, reports, and investigations is often a challenge.

Cars aren’t just for the purpose of getting from one place to another speedily. If that were the case then the bold markings wouldn’t be necessary. The public wants to know that the police are around, and to be able to identify them. Thus, police departments spend time choosing and designing the logos to mark their cars. Some states have laws that requires that police cars be marked, because as much as we want to be able to recognized the police, we don’t like the idea of them sneaking around too much, either!

From muscle cars with a police package to today’s SUV and crossovers, patrol cars change with the times. The gas shortage of the 1970s made auto makers switch to fuel efficient cars before the technology to have both power and efficiency coexist. Officers in that period went from big engines to 4 cylinder Ford Fairmonts that seemed like part of the Matchbox toy car collection compared to the Plymouth Fury of just a year or two earlier. From the LTD to the LTD II, to the Dodge Diplomat to the upside down bathtub Chevrolet of the 90s, to the ubiquitous Crown Vic, every veteran cop had their favorite ride. The Dodge Charger and Ford intercept, along with Chevy’s Tahoe, dominated the last decade. Along the way, agencies needing speed enforcement vehicles opted for Mustangs or Camaros to keep pursuits winnable on the interstates.

Specialty vehicles such as pickup trucks for rural and wildlife officers, or vans for crime scene or prisoner transport are also typical fleet purchases that have advantages and disadvantages. Purchasing, equipping, and maintaining police fleets is an expensive operational cost to police agencies. Allowing fleets to age past their safe, useful life, is a short-sighted cost savings that endangers officers and the public. Smaller agencies often buy used patrol cars from larger agencies whose fleet management plan calls for rotating their rolling stock based on mileage. An agency that retires cars at between 50,000 and 100,000 miles can be a boon to smaller agencies who can squeeze a few more thousand miles from a used car with a good service record if not pushed too far.

The patrol car is a vulnerable place for police officers. While it is their office, it can also be their coffin. Few police cars have much ballistics protection. Thinner metals don’t allow doors to be much protection against bullets, and only specialized vehicles have glass that is rated for stopping projectiles. The amount of equipment and electronics does not allow for especially quick exits when under attack while offering little protection beyond the engine block.

Assailants understand the vulnerability of the police officer in their car. Doing reports behind the wheel while parked is a good way to stay visible to the public, it is also a good way to be a sitting target for an ambush. Officers have been ambushed while on car stops, while at stop signs, while arriving on the scene of a crime in progress, or on stationary observation.

Spending a shift in a patrol car increases the odds of being in an accident. The number of officers killed or suffering debilitating injury from being slammed into, swept away in floodwaters, intentionally rammed, or crashing during adverse conditions is greater than the number of officers getting shot.

A citizen approaching an officer in their police car can expect to be eyed with caution. Pulling up beside a police car should be avoided, as an alert officer will feel confined and vulnerable even by the friendliest citizen. Don’t be surprised or offended if the officer wants to move to a different spot and get out of their car to visit with you. No officer wants to be trapped in their office, even if it has wheels.