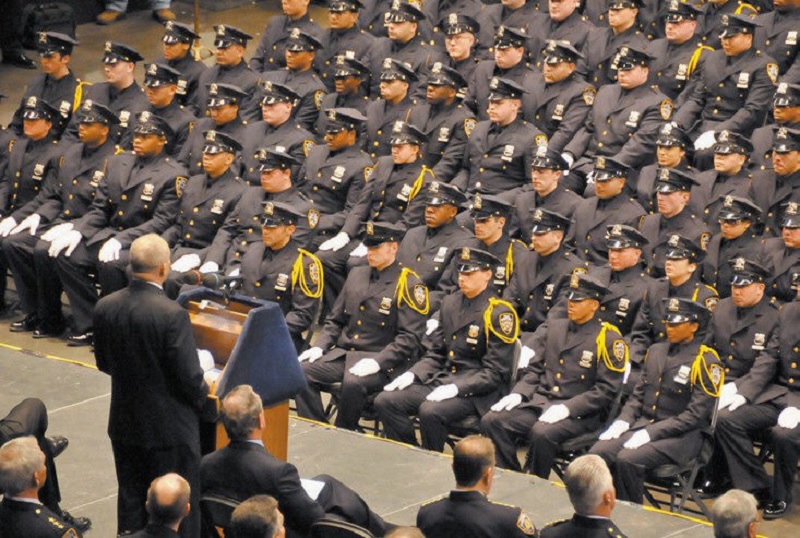 If there was one way to be a good leader there would be one book on the shelf at the bookstore, instead of an entire section on leadership. You can lead like a Naval commander of a battleship, a major league coach, or even Jesus. You can be a transformational leader, a fierce leader, a wise leader, a trusted leader, touch hearts with fire and go from good to great. But will any of those make a good police chief?

There is no absolute template for a police executive. The diversity of American policing won’t allow it. Some top cops will never be met by the officer on the line. Some chiefs still answer calls and work beside their officers. Some rose through the ranks and some are outsiders. Some were hired to solve deep problems with an agency, others fell into the job when others fell away.

There are some traits and behaviors that every citizen can appreciate and every officer can hope for.

The first on my list is realizing that the officer who faces the citizen is the first customer of the chief. Others may argue that the citizen is the first customer, but that person will be treated by the line officer whose behavior should be modeled by their leader. Officers that are berated rather than corrected, whose concerns are unheard, and whose value is unappreciated are likely to reflect that in their interactions with the public. How can a chief who treats their officers with impatience and distrust will inevitably see that reflected in the public’s perception of the agency?

An effective chief will provide appropriate and relevant training to their officers. A close evaluation of performance deficiencies as determined by citizen feedback and prosecutors’ observations is necessary to determine training needs. Unfortunately, politics and special interests rob police agencies of discretion in what justifies taking officers away from their police duties and into the classroom. A good chief will be creative and give the officers what they really need.

A good chief will back the blue. It seems obvious but with the political pressures to prosecute and vilify law enforcement officers, some so-called leaders willingly sacrifice their own to calm the cries of critics. Photos from some anti-police protests will show some police leaders kneeling, marching, and bearing placards to show unity with the protesters. Maybe that is a good public relations stunt in the short term, but it hardly creates confidence among the officers lining the streets amid taunts and threats of others in the crowd.

Frequent, positive communication with the public is another desirable behavior of police leaders. Instead of making press appearances only during a crisis or making a “no comment’ response when called upon by the media, the chief should be in a constant process of educating and informing the citizenry. A good chief keeps the conversation going.

Speaking of conversations, a good chief will listen to their employees. Officers, administrative staff, dispatchers, and custodians all have access to information and inspiration that may escape the boss. There are certainly times when an order must be issued and obeyed, but whenever there is an opportunity to gain insight from others, a chief should humbly seek it out.

A good chief is a good diplomat. We would like to say they should stay out of politics, but police leaders are not like federal judges who can remain independent because of their lifetime appointment. Being a police executive in most agencies is always a high-wire act without a net. I once heard a city police chief remark to his colleague, a sheriff, that the sheriff was lucky. He only had to run for office once every four years, but the chief had to run every Tuesday night at city council meeting! International diplomacy may be about compromise, but police executive diplomacy is about holding fast to immutable principles and keeping lines of communication open.

Finally, (for this lecture – the list could be much longer) a chief must dare to discipline consistently and fairly. A chief who really cares for their officers and wants to be loved by them in return may be tempted to let some things slide. But forgiveness is not a policy when it comes to maintaining high professional standards. Officers may need to be retrained, realigned, reassigned, or released.

The average tenure of a police chief these days is half of what it was 25 years ago. It is not an easy job and shouldn’t be. If there is to be continued professional development of law enforcement, good chiefs are an essential ingredient in progress.