Skip to content
The Dangers Caused When Cops Hesitate 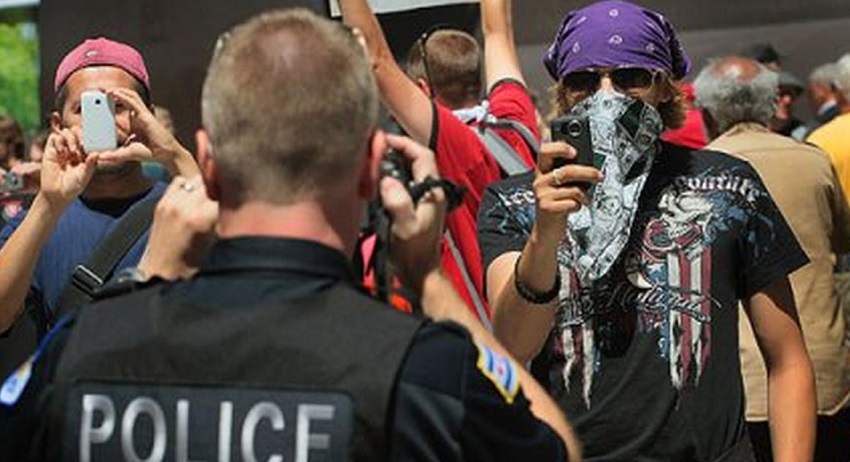 What happens to a society when fear and loathing of people so necessary to its security is born out of myth? Some people really hate cops. They listen to the anti-police activists, and they make a terrible mistake: They believe them.

This is especially odd, since “civil rights” activists often say white people are racist because they believe things about minorities that just aren’t true. Well, isn’t that what they’re doing to law enforcement?

With all the research out there, much of it from progressive or liberal sources, it’s staggering that so many people still believe cops are shooting and killing “people of color” indiscriminately. I recently referred to a Harvard professor who was stunned his study found no racism in police shootings.

Back in 2014, even before the anti-cop factions tried to “woke” everyone, the Force Science Institute’s researchers had results similar to the Harvard professor’s findings. Dr. Lois James, a researcher at Washington State University, found:

But what happens when people out of ignorance or by choice believe the myths anti-police media, politicians, and community activists teach them? One more time, now… “hands up, don’t shoot” never happened.

How do we know? Because even the Attorney General under President Obama, Eric Holder, no fan of the police, said so after an investigation where you get the feeling, he wanted hands up, don’t shoot to have happened.

And what does this bring us to? Hesitation. In police work, hesitation injures and kills officers and reduces public safety. Any police officer, especially those who serve as field training officers (FTO), can tell you about the natural human hesitation that can occur during any high stress incident.

When I was in the police academy and during my FTO phase, instructors taught me as long as I did my job honestly and acted in good faith, I didn’t have to worry about discipline or legal repercussions.

This is no longer the case. Ferguson Police Officer Darren Wilson despite doing everything right, will likely never work as a cop again.

The already-growing phenomenon of cops resisting proactive police work now had a name: The Ferguson Effect. USAToday.com reporter Aamer Madhani described it as, “Officers becoming less proactive in their policing out of a fear their actions will be second-guessed by their superiors and the public.”

And there is also a name for the fallout generated by the Ferguson Effect: The Cascade Effect. Azcops.org defined that as, “a sequence of events in which each produces the circumstances necessary for the initiation of the next.” Fearing retaliation from anti-police leaders, officers stop doing proactive patrol, which most often hits low-income, minority neighborhoods hardest.

Azcop.org quotes Heather MacDonald, a great friend of law enforcement. “The overwhelming majority of shooting and homicide victims have been black, as are their assailants. It turns out that when the police back off, it is residents of poor inner-city neighborhoods who pay, too often with their lives.”

And cops backing off leads to hesitation, generally. Still, avoiding proactive patrol is one thing, but officers must answer 911 calls and handle on-view disturbances. Meaning, will officers hesitate because they still must respond to emergency calls such as assaults, car-jackings, and shootings or take action if they on-view these incidents.

Here’s an example of an on-view incident. At the end of one shift, I was waiting for the door to open to drive my patrol car into the precinct parking garage. That’s when a domestic violence incident literally landed on the hood of my car. Boyfriend was chasing his girlfriend down the sidewalk, and she jumped onto my car—on-view.

So, because of Ferguson, and the myriad other cases where the anti-cop media, politicians, and community activists eviscerate police officers—for doing their jobs, it’s only natural that any police officer might hesitate.

I like the analogy of cops filling a mental quiver with possible responses to various emergency situations. This is to thwart that deadly hesitation that occurs when a stressed person becomes petrified. When the impulse to respond reaches into an empty quiver.

Well, filling that quiver of responses doesn’t help when reasons to hesitate replace useful responses. A perfect but chilling example of this hesitation happened in Chicago in 2016. Debra Heine of pjmedia.com told it this way:

“Chicago Police Department Superintendent Eddie Johnson said the officer, a 17-year veteran of the force, knew she should shoot the attacker but hesitated because ‘she didn’t want her family or the department to go through the scrutiny the next day on the national news.’”

This hesitation may seem implausible. But people have to realize officers don’t expect to hesitate, they don’t want to hesitate, but it’s a fact of life that many do hesitate from fear of being judged unfairly.

Ironically, this hesitation may be attached to the survival instinct. Officers are concerned for their physical safety and lives, but they’re also concerned about losing their jobs or going to prison—for doing their jobs.

And now, with more states passing more laws that reduce officers’ options in life or death situations and raises the standards for officer use-of-force, officer hesitation will be with us for quite some time. How could it not be? Society needs to understand the unique nature of a cop’s job and return to law enforcement officers the benefit of the doubt they’ve earned and deserve.