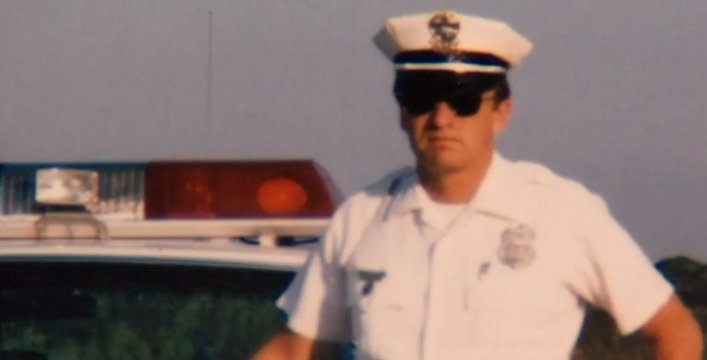 On April 5, 1986, Columbus, Ohio Officer Gordon Joe Rich was working a federal traffic enforcement detail. While on patrol he stopped a vehicle on Interstate 70 at State Route 315.  James Lumpkin Rattler was removed from the car and attacked Officer Rich, gaining control of his gun and shooting him, leaving Officer Rich, a 23-year police veteran, mortally wounded. Rattler and the other occupant of the vehicle drove away and were able to briefly escape capture. Rich, 45, struggled back to his cruiser, got on the radio then collapsed.

Investigators theorized that Rattler, who was wanted, had been placed under arrest and ordered to stand by the cruiser for a search when he grabbed the gun.

Rich and his wife of two years, Nancy, both worked night shifts, she at a restaurant. When they wed, she said, they made an agreement: “I won’t worry about you, and you won’t worry about me, and we’ll meet in the morning.” Officers took Mrs. Rich to Mount Carmel West hospital after she was told of the shooting. “When we got to the hospital, they said it didn’t look good. They brought the chaplain in. That’s when you know,” she said. Officer Rich succumbed to his wounds shortly afterward.

Rattler avoided the death penalty by pleading guilty to aggravated murder. He is serving a life sentence in prison; the man with him spent a year in prison for obstructing justice. Rattler will be eligible for parole in February 2019.

No killer of a police officer should ever be granted parole. Attacks on police are an attack on society itself.

*** We have gathered the petition signatures and sent them to the Ohio Parole Board. Thank you for signing the petition. ***