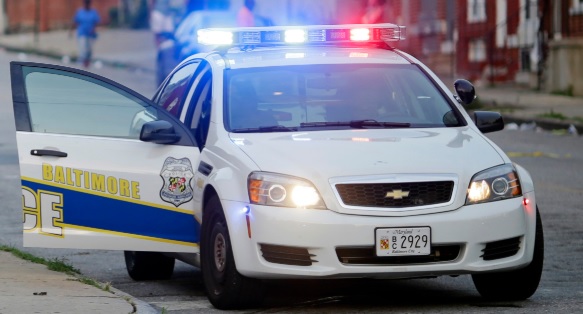 The National Police Association has written President Trump advising him the Baltimore Police Consent Decree, a two hundred twenty-seven (227) page document with more than five hundred (500) articulated paragraphs of content, written by the Obama era Justice Department and forced upon Baltimore Patrol Officers, is without exception a hammer being used by the City and the Court against the interests of officer safety, public safety, officer morale and law enforcement.

As written and implemented the Consent Decree punishes Patrol Officers for proactive policing forcing them to merely respond to radio calls rather than to make traffic stops, interrogate suspicious persons, and investigate questionable circumstances. Violent crime is going up in Baltimore because the Consent Decree treats Baltimore Patrol Officers, not violent crime, as the problem. Treating law enforcement rather than criminals as the problem is a mistake of epic proportions by politicians and leaders that has had particularly disastrous consequences for the people of Baltimore and its Patrol Officers. While violent crime has went down nationally, in Baltimore with its handcuffed and short staffed Patrol Officers, violent crime has gone up. What a Baltimore Patrol Officer knows is if they question suspicious individuals loitering on a street corner, they will spend three times the time it takes to investigate doing dozens of pages of paperwork which will be reviewed twice over by a command structure that has been coerced into publicly shaming Patrol Officers who dare attempt to do their jobs. At least Patrol Officers don’t have to worry about being criticized for hunting down a fleeing felon as that has been all but banned.  And as officers have been prevented from enforcing the law either due to a lack of staffing or lack of resources or lack of support, or outrageous policies the most vulnerable residents of the City have suffered at the hands of violent crime the most.

The letter to President Trump requests that the President direct new Attorney General William Barr to use the terms of the Consent Decree to enforce the City’s obligations to provide the appropriate level of training, staffing and support to Patrol Officers using the funding provisions contained within the Consent Decree and the reserved authority explicitly provided DOJ by the Consent Decree.

The full letter to President Trump can be read here

*** We have gathered the petition signatures and sent them to the White House. Thank you for signing the petition. ***

NationalPolice.org is a 501(c)3 nonprofit with a mission of educating supporters of law enforcement in how to help police departments accomplish their goals.