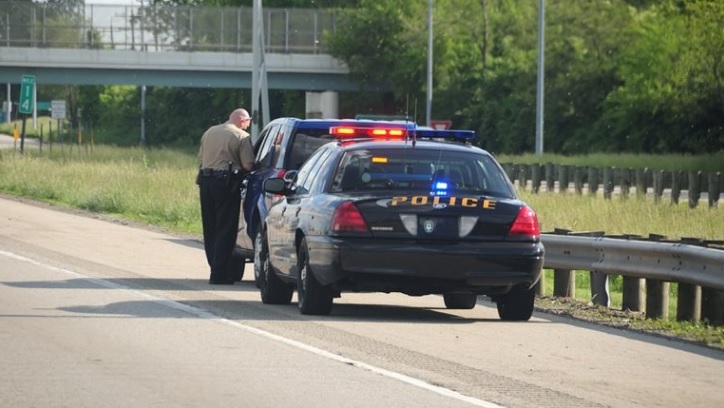 Two recent situations highlight this legislative lack of responsibility for public safety. One is in Washington State, the other is in the Commonwealth of Pennsylvania.

If passed, the law “Authorizes a single flagger located in the middle of an intersection to direct traffic or police officer present as part of a traffic control plan approved by the city, in cities with a population of 700,000 or greater.”

Seattle is the only city in Washington with over 700,000 people, and no other city in the state approaches that large a population. The legislators aimed this bill directly at stopping Seattle police from enforcing even more traffic laws based on the BLM/Antifa/leftist politicians’ “cops are racists” lies.

We’re not talking about directing traffic at a routine construction site at even a major street in a big city (which should still be done by cops). Think Seattle Seahawks traffic. That is part of what politicians want to turn over to civilians based on a myth that police officers enforcing traffic laws will increase the chance of an encounter where the officer will kill a minority. That is statistical, objective, and literal garbage.

The Retired Seattle Police Officers Association (RSPOA) urges Washingtonians to contact their legislators and bill sponsors to oppose the SB 5354. They note, during a time when fatalities involving vehicles and pedestrians are increasing is no time to be experimenting with people’s lives.

RSPOA also notes people notice when a police officer is directing traffic compared to a civilian flagger. They emphasize, “Civilian flaggers do not receive training for this type of work.” In fact, the state Department of Labor & Industries recently “expressed concerns,” about worker safety “because of the lack of equipment, authority, and training to manage a dynamic urban environment where large crowds, railroads, and traffic converge.”

The Seattle Mariners report concerns about alcohol over-service at games, which the Liquor and Cannabis Board confirm is occurring. They, and commonsense, believe this makes some people “more prone” to disregard civilian traffic control. Kind of like an extension of sending social workers to do police work.

Also, according to RSPOA, these events provide the public with opportunities for positive interactions with police officers. Going to MLB and NFL games (when I used to go to Seattle to have fun before the city became a combination of Calcutta and 1880s Tombstone), I saw those interactions occurring frequently between fans and officers.

But it’s not only traffic control at massive professional sporting events that politicians are curtailing. Cities began banning vehicle pursuits almost under any circumstances, years ago. Chicago even went as far as banning foot pursuits without supervisor permission. Cities like Seattle, Portland, San Francisco, and Philadelphia have even banned officers from making traffic stops for “minor” or “low-level” violations.

Recall, it was a state trooper who arrested Oklahoma City bomber Timothy McVeigh after stopping him for a “minor” traffic infraction.

Speaking of Philadelphia, according to the AP, via Police1.com, the cops there have challenged the city’s ban on officers “pulling over drivers for low-level offenses….” The Philadelphia Lodge 5 of the Fraternal Order of Police (FOP) has filed a lawsuit challenging the new law. The FOP argues “the law illegally preempts existing state laws on traffic violations.”

Reportedly, several FOP union leaders, acting as private Philadelphia citizens, say, “the First Class City Home Rule Act prevents Philadelphia from creating a law counter to those already in place throughout the rest of the state.” This seems pretty explicit and is consistent with state and federal preemption law.

The city’s new “law” would prohibit officers from stopping drivers for what it now decrees “secondary offenses.” These include improperly displayed or expired registration or inspection stickers or a broken taillight. The FOP issued a statement, calling the law irresponsible and promoting driving unsafely or operating an unsafe vehicle—without consequences (equity?)

On that parenthetical note, Philadelphia Mayor Kevin Lessard said, “The FOP distorts the text and purpose of the Achieving Driving Equality bill and Executive Order [oh, how difficult it must have been for them to avoid using the word Equity], which were needed and implemented to address the disproportionate number of traffic stops experienced by people of color in Philadelphia.” Bingo! In other words, it’s the Cops are Racist Bill and Executive Order.

Once again, the proponents of this anti-police legislation and mayoral edict cite raw numbers, disregard any data analysis that doesn’t conform to the desired narrative. Then they leap to the conclusion the only reason police are stopping certain minorities at a “disproportionate rate,” is because the cops are racist. Once again, the low rates at which Asians are stopped, cited, or searched, put an inconvenient fly in the city’s cops are racists ointment.

Is this nonsense getting old for anyone else?

FOP Lodge 5 President John McNesby argues several consequences of the new law that should be apparent to thinking people, right? (There I go again answering my own question. Thinking people). He mentions insurance rate hikes because of unsafe drivers without valid registrations (or insurance). He also says, “he fears criminals will be emboldened if they know they won’t be pulled over.”

McNesby concluded with, “This isn’t a Black issue, a brown issue, a white issue, an Asian issue or a Hispanic issue. This is a city issue, a community issue and a safety issue. Officers don’t go out and say I’m going to stop seven Hispanic people today. They stop people who are not obeying the state’s Motor Vehicle Code. So the issue would be solved if people drove cars that are legal and drove them safely.”

Why is such logic so elusive to those on a crusade to fix something that ain’t broken? If only our ideological bandwagon political leaders knew just how fortunate they are to have the fine men and women, who’ve chosen law enforcement as a career, serve and protect them.

No matter how much and how often they pedal their myths about cops, that will never change the truth about cops. That society is so much better with them than without them because, without them, there would be no society anyone would want to live in.