Skip to content
Police Retention and Hiring: The Math Doesn’t Add Up 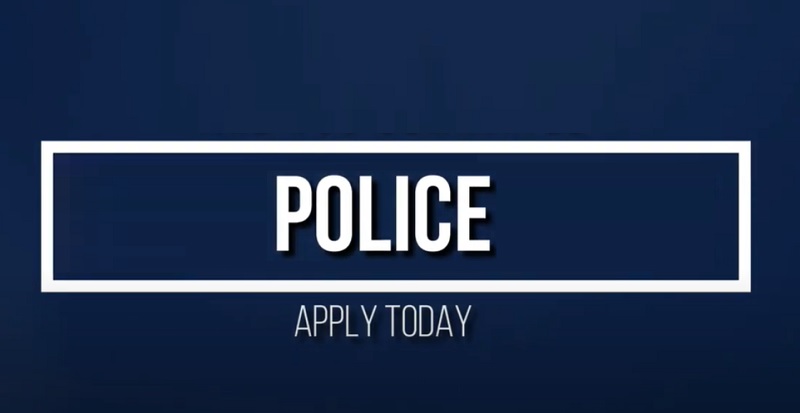 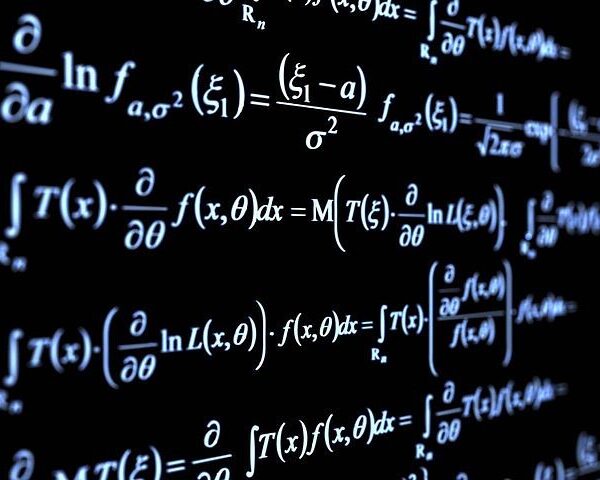 Much has been written about the continuing national law enforcement officer hiring/retention crisis. And a lot more will be written—beginning right now.

Too many people seem to feel we’ll eventually find a resolution to this crisis, and they put it out of their minds. I’m an optimist, but eventually will likely take at least 10 years even with changes. There are so many facets to this crisis. Some situational, some intentional (defund the police comes to mind). One is the about a year it takes to get even one inexperienced rookie cop on the streets.

This may surprise some folks, but not all cops are equal. They’re not plug-and-play. It’s not like when your TV goes belly up, and you replace it with an even better TV. Replacing cops who have 10, 20, 30, or more years of experience with rookies isn’t like that.

You’re certainly not going to replace a homicide, rape, or robbery detective with 25 years of experience with a cop fresh off the assembly line. In fact, in a story about police staffing, CNN wrote about Durham, NC, Police Chief Patrice Andrews, who said, “We’ve had to be very creative with staffing, you know, putting investigators and those that typically wouldn’t necessarily be taking 911 calls, putting them back on the street.” 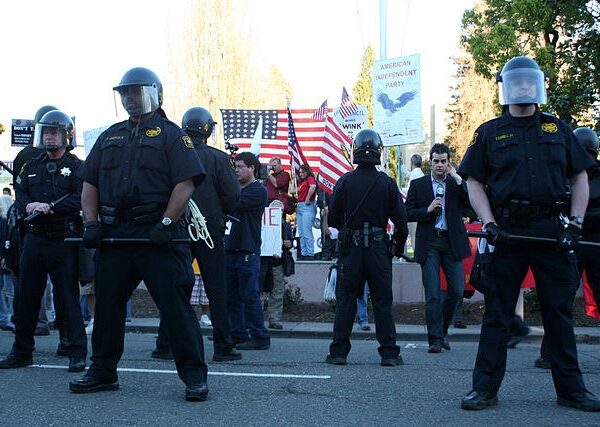 And anyone who thinks cities can deploy the National Guard are dreaming. The Guard is great, but most NG soldiers are not military police officers. They can be a great help for mass disturbances. But they’re not going to respond to routine or emergency 911 calls where intimate knowledge of the city, department policies, and local and state laws are required to do the job right.

Agencies can’t force people to apply to become police officers. People become cops for various reasons, beginning with it being a “calling.” They want to help people. Other aspects like pay, benefits, and working conditions also play an important role because the lack of those things can also be a deterrent to retention and recruiting.

According to The Blaze, “And while Americans are reeling from violent crime spikes, police departments are struggling to fill their ranks. The Associated Press reports that Los Angeles is down more than 650 officers from its pre-pandemic levels. Seattle recently announced $2 million in hiring bonuses and benefits to entice recruits.

“‘We’re getting more calls for service, and there are fewer people to answer them,’ said Philadelphia Police spokesperson Eric Gripp. ‘This isn’t just an issue in Philadelphia. Departments all over are down and recruitment has been difficult.’”

In Seattle, KTTH Radio host Jason Rantz recently wrote, “The Seattle Police Department (SPD) lost six officers in August, according to a police source, bringing the year’s total separations to 122 and nearly 500 since the city council opted to defund the police department in 2020. What’s more alarming is the 350 officers that will be eligible for retirement at the end of the year. If even a fraction leaves the department, Seattle may not have a fully functioning police department.”

How is this not likely to happen? Most of those cops have probably been counting the days.

Mike Solan, president of the Seattle Police Officers Guild (SPOG) says, “We can’t even absorb another 20, 25. I mean, we’re already at or below minimum safe status levels every patrol shift.” And I can tell you from firsthand experience, though it’s even worse now (hard to imagine), many shifts have been working at or below mandatory minimums for at least a couple of decades, now.

SPD says it’s down at least 500 officers. Former King County Sheriff John Urquart, whose former agency is also down 115 deputies, told Rantz, “We’re screwed. How long do you think it’s going to take to hire the 500 officers that SPD wants when they can barely hire five a month?” 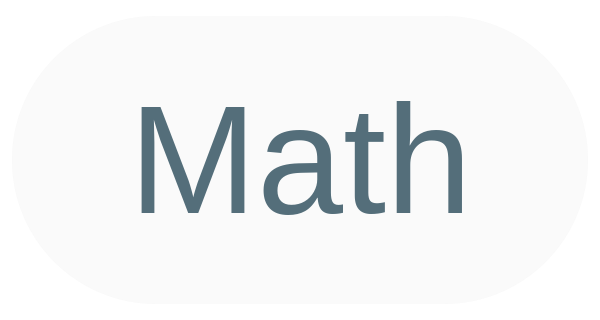 And there’s the math I mentioned. And if I’m doing math, you know it’s serious. If Seattle and other cities can’t attract even five hires a month, how will they ever recover being hundreds down? What is the answer?

Sadly, the answer is a difficult, two-part, one. Especially as long as leftist cities keep electing radical anti-police politicians. Considering the time it takes to train a new officer, recruiting lateral, experienced officers, who could be in service in a much shorter time, seems a legitimate answer.

But no experienced officers want to transfer to cities like Seattle, Portland, Minneapolis; Los Angeles, Baltimore, and San Francisco. Looking at how these cities have treated their cops, why would they?

So, the second answer is cities like these also need to elect law and order, equal justice politicians who recognize police reform was a scam and was never needed. It was a tool the left created and exploited to gain political power. Now, leftist-run cities across the nation are devastated, some heading toward imminent law enforcement oblivion.

Still, one of the biggest deterrents for current and prospective cops is the risk of discipline, termination, or even imprisonment for doing your job. They know that at any time, a controversial incident could have the city saying how the officer performed, based on the training received, is now “wrong,” and they will be held accountable. Even if it was “right” when they learned it.

A recent “routine” call in Alabama illustrates the multifaceted nature of this issue.

Let’s start with the last one first. NBC News chose to headline their story of the incident: “Black Alabama pastor arrested while watering flowers files lawsuits against police.” It implies officers arrested a godly man for watering flowers.

Even worse, ABC News headlined their story more provocatively. “Watering while Black: anatomy of a pastor’s Alabama arrest.” As mentioned above, this implies racism—in a news report. Yet if you watch the bodycam video of the event provided by NBC, there was no evidence of racism. None.

If either of these headlines is what happened, people would be understandably outraged. But it’s not what happened.

As reported at The Tatum Report, “A neighbor reported a suspicious man in her neighbor’s yard and called 911. In the video, the officer respectfully asks, “Hey, man, what are you doing?”

He said he was “‘Pastor Jennings.’ He lived across the street and was there to water the flowers.’

“That clunk you just heard is where Jennings chose to change the nature of this incident.

“‘Please, don’t do this to me,’ the officer says. ‘There’s a suspicious person in the yard, and if you don’t want to identify yourself….’

“Jennings interrupted, saying, ‘I don’t have to identify myself….’

“Alabama law disagrees. People are required to show investigating officers their identifications. Cops are not psychic.

“To make matters worse, when officers speak with the neighbor who called 911, she says she now recognizes Jennings. ‘He should be there watering their flowers. This is totally my fault.’

“If Jennings had simply provided I.D., which the officers are obligated to confirm, or they’re derelict in their duty, this would not be a thing. Instead, Pastor Jennings is suing the officers for violating his constitutional rights—while doing their duty.

It’s arguable whether the officers should have made a physical arrest. But it was within their legal discretion. Then media reports the prosecutors dropped the charges. For the public at large, this implies the cops made a wrongful arrest.  If you look at the law, Jennings didn’t comply with the police, violating the law. That is a fact.

The prosecutors likely dropped the charges because Jennings hadn’t physically resisted and likely had a clean record.

But because of media anti-police reporting, in the court of public opinion, the cops never had a chance. They were racist, and Jennings was a victim, even though they were doing exactly as they were trained, and as the law requires.

Why would any veteran eligible for retirement (or not) want to stay, risking their careers or even freedom on one incident that goes sideways? And how does this kind of risk attract quality candidates who want to become cops? It doesn’t