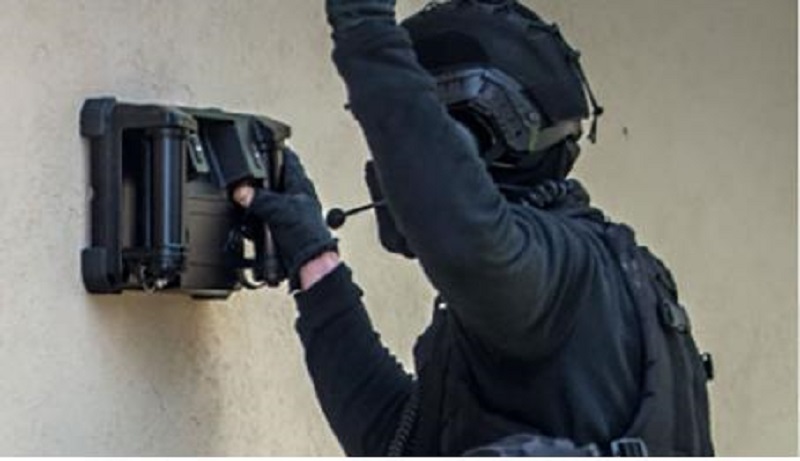 An Israeli technology company has engineered a remote-based device with Superman-ish capability, enabling law enforcement officers to “see through walls,” whether up-close or from a safer distance.

Per the company’s press release, “For the first time, military forces, law enforcement agencies, and first responders are able to detect live objects beyond the wall from a long range of over 100 meters.”

Named the Xaver, the electronic instrument “provides a breakthrough operational advantage in a hostile environment.” Music to a cop’s ears.

“Penetrating through walls from a remote location, the XLR80 creates an unprecedented, real-time situational awareness picture of whether there are people present beyond the wall, and if so, how many, their exact distance, and their direction of movement.

“The system is also highly sensitive for detecting unseen micro-movements of static live objects. Being able to achieve these capabilities and the high sensitivity, is a game-changer in various operational scenarios.”

When I first came across this tech-product material and gave it a cursory read, the Breonna Taylor case came to mind.

I read the company’s press bulletin a second time, and the images of the Louisville Police Department cops involved in that incident came to mind, conjuring ideations of an entirely different outcome.

Maybe this kind of technological equipment can go a long way regarding no-knock warrants. Or just about any brand of police tactical operation requiring stealthy reconnaissance so law enforcement officers have a better beat on how many occupants, their whereabouts in the dwelling, overall lay of the land, resulting in chess-like moves to enable safety for all while succeeding the dangerous mission.

Within the company’s language about cops using their product, I found this: “Law enforcement officers and federal agents place their lives at risk on a daily basis in the pursuit of criminals in urban environments,” encountering a “broad range of tactical entry-type operations including apprehension of suspects barricaded inside an apartment; serving a high-risk warrant; surveillance; or rescuing a hostage taken captive,” to name a few applications.

In the Breonna Taylor case, tons of assertions and insinuations flowed against the police officers executing a “no-knock warrant.” One account had Ms. Taylor sleeping while another claimed she was standing in the hallway, right as her boyfriend engaged cops by opening fire, shooting through a door, a bullet striking one Louisville cop in the leg. If only cops had X-ray vision like Superman did…

Here is what the Courier-Journal published: “[Taylor] may have been sleeping when officers first knocked, but she was standing in the hallway when she was shot as officers returned fire because her boyfriend, Kenneth Walker, fired a gun at them first, hitting one officer.”

Kentucky Attorney General Daniel Cameron stated that “when Walker opened fire, he and Taylor were standing beside one another in the hall.” That was born of post-incident investigation, interviews, and forensics. The usual anti-police naysayers stayed with the fallacy that cops were at fault, truth be damned.

In a fact-based synopsis, Wisconsin Right Now offered the following: “The Breonna Taylor case generates strong emotions. Some of the emotions are based on myths, bad facts, and false narratives. Here are the actual Breonna Taylor facts.”

Without rehashing the entire debacle endured by the Louisville cops on-scene for the March 13, 2020, warrant service, the unfortunate scenario segues to preempting such travesties, re-examining law enforcement policies and strategies, as cops do daily.

Whether they knocked or not, the whereabouts of everyone within the apartment before any police action took place could have been determined with the use of a Xaver unit, its ability to see through walls providing cops a complete picture before the next (or any) move is made.

As mentioned above, the X-ray-capable Xaver has football field-distance capacity. Conversely, its design is mindful of placing it up against flat surfaces (walls and doors), projecting details, so it has close-up or distance functionality.

Is it possible that, if Louisville police were equipped with this technology on March 13, 2020, they would’ve observed the assailant behind closed doors…wielding a firearm, with Ms. Taylor by his side? Seems we would logically be reporting entirely different detail and outcome.

Since unrelenting training is the primary ingredient in all police actions and operations, the Xaver manufacturer considered this: “Controlled by a tablet with a simple user interface for intuitive interpretation, the XLR80 [model] features integrated data recording and playback for post-mission analysis, training, and debriefing,” all possible with the push of one button.

It’s lightyears beyond the metal retractable rod with a small mirror attached to the other end. Back in the day, we used these to peer around corners without bodily exposure. My first hostage situation hatched by a barricaded suspect in a single-story home was scoped by this mirror-on-a-stick tool, enabling us to see who was inside, where they were positioned, if any weapons were evident, and the relative layout of the residence. It looked exactly like that instrument dentists use to look inside your mouth, only much larger. We called it a “peek stick.” 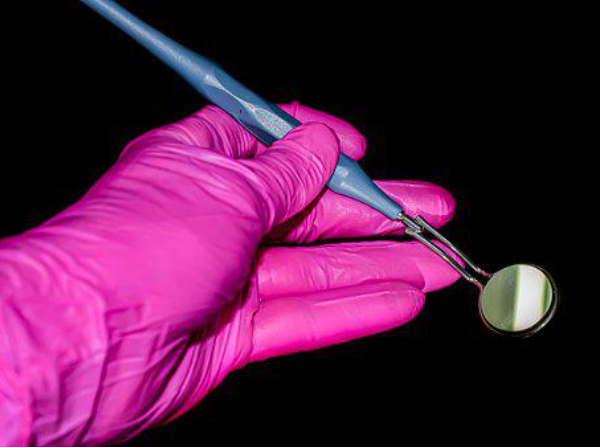 We called it a “peek stick.” Unsophisticated tool, simple method, but it got the job done without exposing police personnel to unknowns within.

Today, Customs and Border Protection agents use them to scrutinize the undercarriage of cars and trucks crossing the border into America, looking for signs of tampered parts (concealed contraband) or anything out of the ordinary. 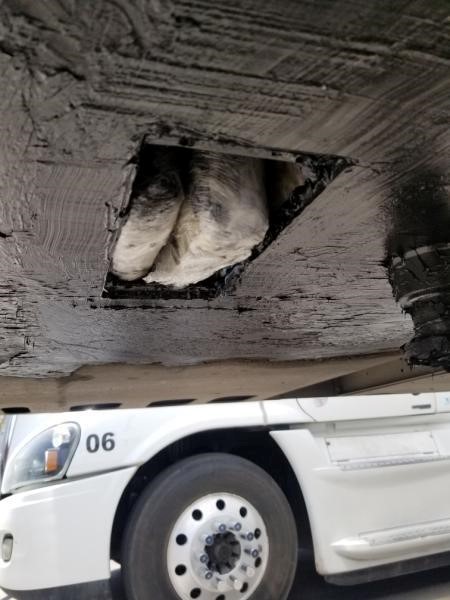 Peek sticks have been replaced by police canines and advanced technology.

For large-scale inspections at border crossings, the U.S. government employs massive machinery which scans (X-rays, much like the XLR80) for anomalies in trucks’ cargo containers, essentially “seeing” through the vehicle’s walls (at 2:00).

The specs regarding Xaver’s ability to see through walls enable imagery to be recorded in stills and video footage, a tremendous benefit toward the crucial nature of gathering evidentiary materials for prosecutorial success.

Synonymously, the record-keeping ability of this device offers playback for more than the intended purpose. Lord knows, the implementation of police body-worn cameras has challenged and overcome many bogus narratives of people filing false reports, spitefully alleging police misconduct. In that same context, the Xaver will provide substantive imagery to counter such claims.

He said/she said scenarios are better mitigated (charged as False Reports to Police) when physical evidence is present to combat lying about law enforcement. I didn’t see any specifications in the inventor’s blueprint emphasizing this advantage, so it seems an unintended consequence.

As to the product’s appearance, it looks like photography equipment, perched on a tripod, and collapsible for field portability and readiness. Given the whiny bunch who profess immediate intimidation by police tools they deem “militaristic,” the Xaver mimics those plastic boards used in X-rays and has a tablet (screen) in the center, like a laptop on three legs. The company also markets a hand-held tactical through-wall detection system with similar capability.

While many are demanding changes in the law enforcement profession, this is one example of technological advancements designed to help cops serve and protect by having a better picture (literally) of what is behind the wall right in front of them, exposing potential dangers to all parties.

As Gwinnett County Sheriff’s Office Lt. Buzz Benson explained at a tech show how his agency deployed Xaver, “Real-time intelligence when you’re dealing with bad guys that are armed, real-time intelligence is absolutely critical for having an effective plan that’s gonna work.”

“For the first time, the operator in the field has the ability to see through walls at such long distance. We have developed unique technology on which the XLR80 system is based. An innovative Ultra-Wideband (UWB) sensor supported by patented algorithms and signal processing, provides the user with real-time situational awareness while staying safe at more than 100 meters away from the target,” the manufacturing company’s CEO said.

A far cry from sleuthing the old-fashioned way —which as of late has become even more perilous for cops— technology takes the helm concerning intelligence-gathering, akin to robotics employed in the surgical realm, repositioning humans in safer, more concentrated peripheral capacities.

They may not have an “S” on their chests, but America’s cops are getting closer to superhuman abilities with the evolution of technological marvels.

Every cop would want tools enabling “effective preparation prior to an operation thereby increasing the chances of success, reducing risk to the law enforcement members in the mission and reducing the risk to lives of those on the other side of the wall.”

As the tech company’s mantra goes, “Sight is might!”