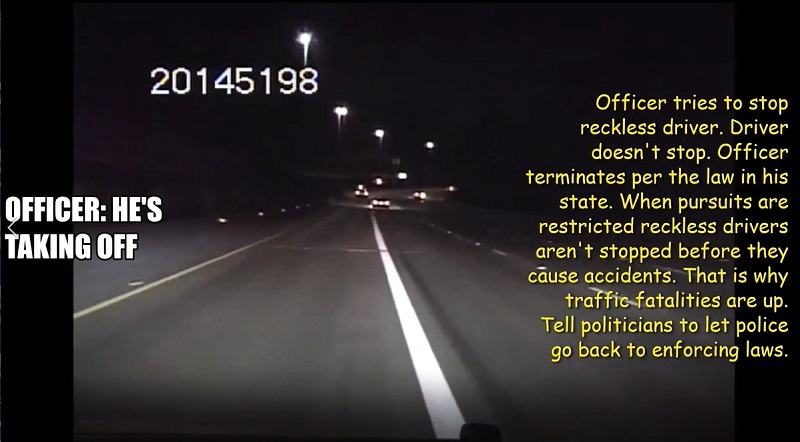 (Indianapolis, IN) When politicians talk about ‘reimagining policing’ or ‘police reform’ or ‘criminal justice reform’, there is no mystery as to what they mean. They mean taking law enforcement out of policing. In this police dashcam video obtained via a public records request from the Washington State Patrol, an officer tries to stop a reckless driver. When the reckless driver doesn’t stop the officer gives up, as he is required to, due to police reform in the state of Washington. In jurisdictions with police reform, traffic fatalities are up because reckless drivers can’t be stopped by police. The National Police Association encourages you to tell your elected representatives to let police return to law enforcement.