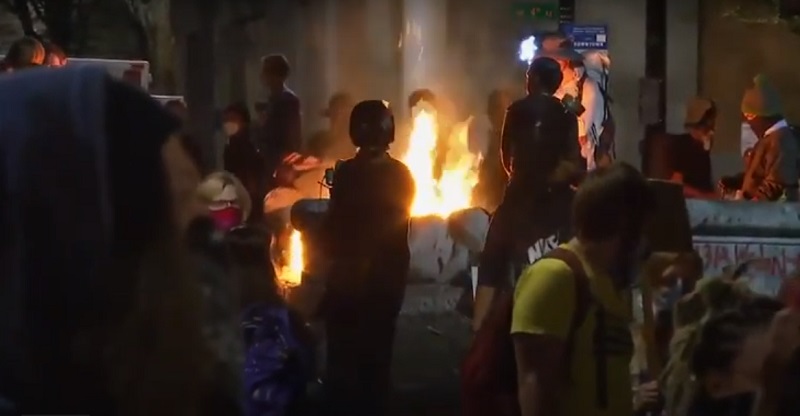 “Peaceful Protests” in Portland, OR

The National Police Association (NPA) has filed a friend of the court brief asking the U.S. District Court for the District of Oregon to rule against the self-described journalists, legal observers and photographers, who have brought suit against local and federal law enforcement. The suit, filed by the American Civil Liberties Union Foundation of Oregon (ACLU) if successful, would prevent law enforcement from being able to defend themselves and prevent them from being able to quell violent riots if a self-described journalist, photographer or legal observer was participating in the riot. The suit would grant the plaintiffs a special exemption from police orders to disperse after a protest had devolved into a riot and in effect allow rioting to continue unimpeded by law enforcement.

The ACLU complains that when police enforce the law, journalists and observers (plaintiffs) may not be able to get their story precisely the way they wish to present it to their editors or directly to the public, from within the heart of the violence.  However, the ramifications for law enforcement (defendants) of a ruling that creates additional hazards, risks, dangers, and distractions would imperil officers to the point of increasing their chances of serious injury or death.

The lawsuit conflates throughout peaceful protest with riots, allowing the plaintiffs to claim law enforcement uses force against protesters when in fact force was used against violent rioters. In truth, journalists have no problem reporting on peaceful protests. Their safety cannot be guaranteed during a riot, however, because riots are by definition violent.

The NPA argues in its brief that when a protest becomes violent, and a dispersal order is issued, everyone must disperse, including the plaintiffs. If a journalist or observer refuses to obey the law they accept the risk of consequences including the use of force necessary by police to quell the riot. Dispersing journalists or legal observers along with other members of a crowd that has become a riot does not mean law enforcement is preventing coverage.  It means officers are protecting law abiding citizens, according to training, policy and law.

The National Police Association is represented by James L. Buchal of Murphy & Buchal LLP. The case is 3:20-cv-01035-SI Woodstock et al v. City of Portland et al, in the U.S. District Court for the District of Oregon.

The NPA’s amicus brief can be read here