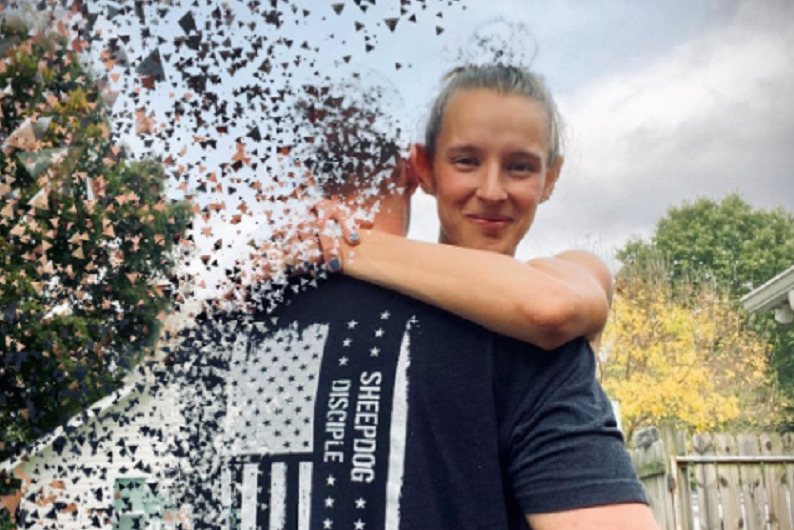 As a midnight-shift beat cop through the majority of my police career, I always swallowed hard when my family watched me back out of the driveway for yet another 12-hour stint securing the city in mostly darkness. If ever there was a most stalwart supporter trophy for those who stand with/behind beat cops, it is surely their loved ones, courageously and devotedly enduring the inherent worries born of their cop(s) whose life may be constantly taunted by jeopardy while trying to do good on everyone’s behalf.

I can admit that, as a policeman, my internalized sentiments consisted of two main themes: duly anchored pride from knowing my responsibilities entail doing the right thing while helping others to see through that same lens…and the proverbial oft-cited sacrifices my family made because of my chosen profession. That is a rhetorical point I can never sneeze away, and it is mutual.

The etched images in my mind crisply reflect my then-young children somberly watching me crawl the cruiser down the driveway. None of us knew when such a habitual string of duty would somehow be severed; thankfully, God gave us blessings of reunification time and again.

Yet pieces were chipped away throughout the duration, my cells sort of draining like sand granules in an hourglass. I hated the sinking feeling. I detested paying the price my family paid along with me. It seemed infinite needs of others beckoned, and time was never even close to being enough to get the job done adequately.

I paid the emotional price, as did my loved ones.

Today, we see the same revelations, with cops heavily bombarded by both physical attacks on their professional personage as well as condemnation for their very human existence. With seeming blinders on, some folks fail to see/consider the human inside that uniform. Instead, stopping far short of reality, anti-coppers employ ill-conceived hatred against those they accuse of hatred.

Although I am not credentialed with a PhD in psychology, I do have authentic experience derived from front-line police work heavily exposed to human depravity and utter destruction. Thus, I can attest the parts of me forfeited from mitigating inexplicable circumstances on behalf of countless others who found themselves in darkness and deplorable conditions from which they morphed negatively and lashed out.

If you think that statement is a lot in one breath, you are correct. Now multiply that over the course of a cop career…and you have the equation of humans pushed to the max and feverishly trying to do their job, voluntarily ceding bits and pieces of themselves. Their respective families always in the gallery, watching, feeling, hopeful, prayerful that everything will be all right.

My young son’s quivering lips was my frequent punctual reminder that, even though I knew I was doing the right thing, others were nevertheless going to hurt and share the burden. There are so many attachments to the oath, vows of which merely feather-touch the surface of the long hard road ahead…for both LEOs and their beloved. An “unknown author” encapsulated the factors experienced by cops and their families, as posted by The Wounded Blue.

My very first call as a newly-hired cop typifies the magnitude of matters thrust upon our cops. I received a call of “an unresponsive child” who reportedly stopped breathing while watching TV. The images in mind because of those words stunned me, tuning out the siren’s din and the blue/red flashing lights washing over everything along the route. Upon my arrival (with a field training officer), I observed a phalanx of paramedics descending the stairs leading from a two-story apartment building. Ordinarily a bunch of banter between us, none of the fire/rescue paramedics said a word; they stowed their gear and departed for quarters.

Once inside the apartment, the first glimpse I got was an indication that the paramedics worked tirelessly to save that little boy: sterile medical supply wrappers were strewn, the illustrative snow- white sheet covering his entire tiny body indicative of a short-lived life.

Going home from that shift and hugging my also-young children almost made me dehydrated from a cascade of tears. (The caveat to the little boy’s demise was that his parents picked him up from a hospital stint [I believe he had bronchial issues] and, just prior to discharge, a pediatrician prescribed meds which contraindicated, causing the child’s death. Last I heard from detective’s was that the surviving parents filed a malpractice suit against the boy’s physician.)

I was numb for days, and my loved ones tip-toed around me…allowing space, deliberation, processing time.

I say this not to harp but to explore the gravity of how intentionally or unwittingly deep cops go in order to right wrongs, in the process making withdrawals to deposit in accounts of strangers in need. Cops are respectfully idealistic in terms of investing in folks —even those who do not want them around or involved— yet cognizant that not every call is a save. It is not the investment but the unfortunate losses which amount to a huge tally and personal toll on many, including LEOs. Peripherally, loved ones bear witness to the heaped emotional tax.

Poignantly colorizing our subject matter, our friends at In His Image LEO scripted the following instance which pivoted to the unfortunate tired and torn human existence exhibited in law enforcement officers:

“After our workout the other day, I convinced my wife to take pictures with me. I quickly looked them over and immediately envisioned this: The withering away of a law enforcement officer due to the traumatic scenes one endures, the stressful incidents one experiences, and the incomprehensible pressure to perform justly, morally, respectfully, cautiously, quickly, and without error. Yes, we signed up for this. No, we wouldn’t change it. That being said, it takes a toll. A toll that is often overlooked and easily neglected.

“But, thank the Good Lord for my LEO wife and for all you LEO wives [and husbands and family tree] who are faithfully praying for your husband [wife, your police warrior] daily. Thank you for supporting your LEO with grace, mercy and love. You may not experience the exact things we do on the front end…but you see it and experience it on the back end. You feel the emotions and see the affect it has on us. You stand by our side through the ups and downs. So, thank you. Thank you for holding us together with your love and prayers. You are SO important and valued.”

That heartfelt testimony was composed by the same voice who graciously provided the photo-image above, illustrating our topic to a T. We are grateful to the In His Image LEO site for the honor of including their poignant dialogue as well as the feature photo.

Incidentally, although my objective here was to paint police families in the most deserving, positive light possible, there are some elected officials who are also supportive of the law enforcement profession.

In Kentucky, the Florence Police Department can now navigate their main drag gazing upon the thoroughfare’s solid yellow lines accentuated with the proverbial thin blue line painted straight down the middle of the road. Compliments of the Florence Public Service personnel for hand-painting the representative Thin Blue Line, graciously authorized by Florence Mayor Diane Whalen and Florence City Coordinator Josh Wice. According to Florence PD, it was the idea of these two city leaders to honor its police force (and others in America) by adorning the street with the iconic symbolism. 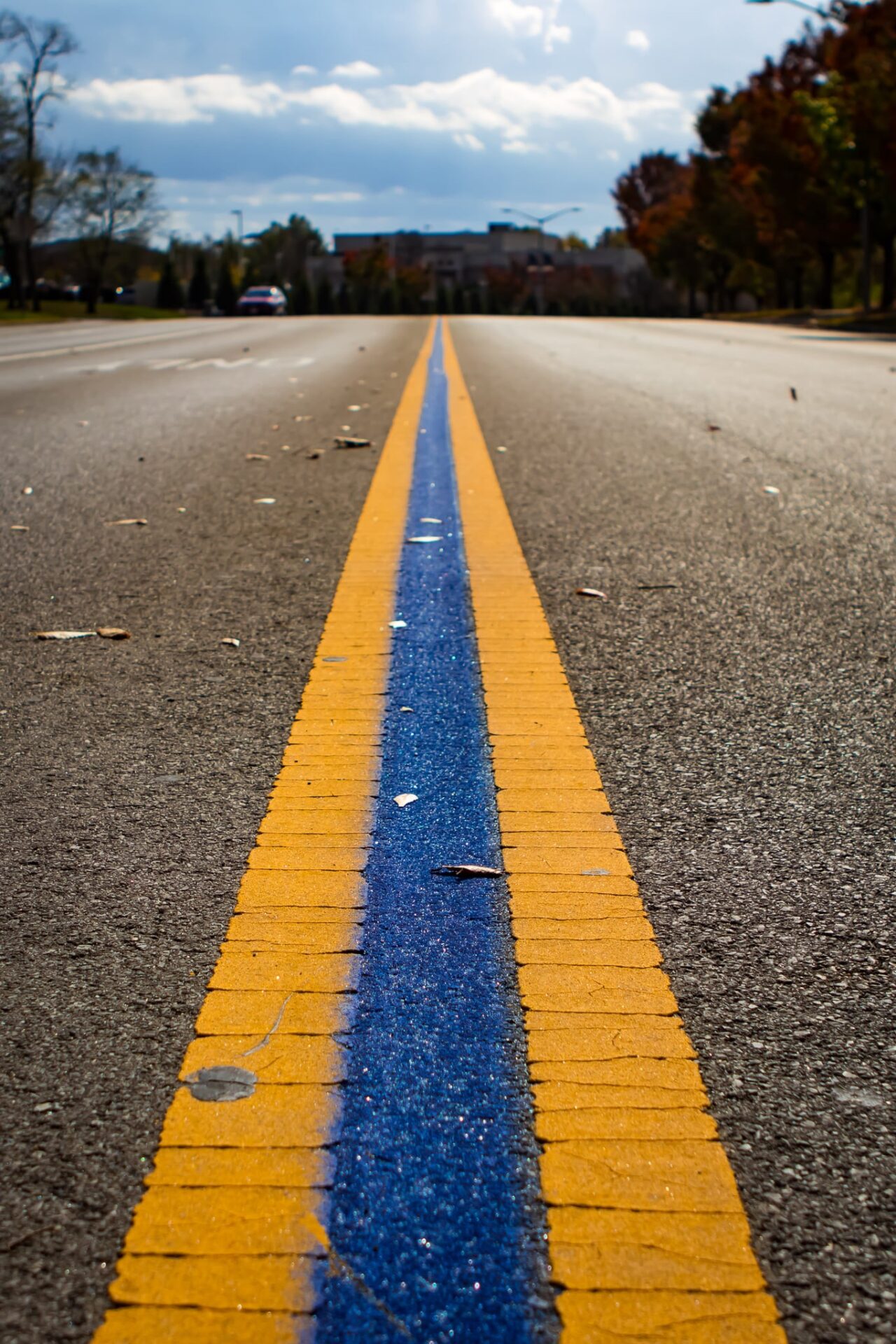 To the loved ones of America’s roughly 850,000 police officers working among the approximately 18,500 law enforcement agencies dotting American soil, you are deeply cherished for standing behind your warrior and on that Thin Blue Line. To elected officials who have the intestinal fortitude to make decisions based on what is certainly right and just without kowtowing to whims of blasters armed with bullhorns and vats full of scalding emotions, your pro-police constituents know they made the correct choice.

Indeed, police work can take a heavy toll; often, the weight of the badge feels like a Mack truck. Thankfully, loved ones and society’s supporters of the Thin Blue Line provide a great elixir before and after every roll call and for whatever the shift demands, stowing the badge while all decompress…together, in solidarity.