Skip to content
That Thin Blue Line – What Does It Really Mean? 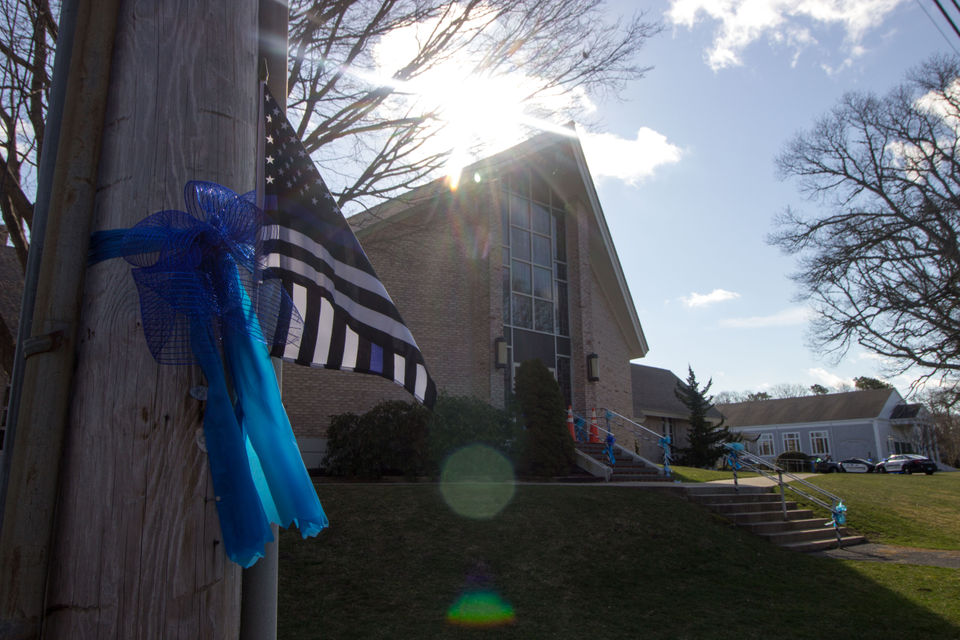 The story dates from the middle ages that a particular blue clothing dye from the town of Coventry, England was of such high quality that it remained true blue and did not fade. Blue has since come to represent loyalty and fidelity.

Another British phrase is associated with colors that have meaning comes from the red-coated regiment of Scottish soldiers bravely trying to hold ground from the enemy during the Crimean war. Their tenacity and willingness to sacrifice became known as the thin red line.

Symbols are important to cultures and classes. The imagery of American policing has come to be represented by the thin blue line. A flag created around that theme is black and white with a blue line as the center horizontal stripe. The blue line represents the men and women of law enforcement who stand in the gap between the lawless and the innocent. The background to the flag is stark, representing the men and women who have died defending that line, all embracing the American flag and the unity it symbolizes.

The thin blue line is sometimes mistaken for what some have called the blue wall of silence. That wall, which has indeed existed in some times and places, refers to the shielding of police officers by their colleagues from responsibility for misconduct. The representation of the blue wall of silence is not a revered value to police officers, but a vestige of the past that leaders must still work to overcome.

The rich and deep symbolism of the thin blue line, and the flag on which it appears, is not a flag of defiance. It is not part of a battle cry by police officers of aggression toward the public or those who oppose law and order. It is not a flag pronouncing superiority of class or privilege. It is a symbol to the citizenry that the thin blue line will not be broken. When it appears it says of the bearer that they support the concept of justice and reason, as well as the strength of the law as enforced by those entrusted to do so. For a police officer, it says they are a part of something bigger than themselves. For the civilian, it says they are willing to stand with those who join in everyone’s responsibility to maintain peace and those whose vocation is dedicated to maintaining peace.

The blue line and blue line flag have perversely been labeled offensive by those who oppose the mission of law enforcement, and who have been deceived by the narrative of violence and racism as an epidemic among the hundreds of thousands of police officers that serve our communities and are accountable to them. This is no more accurate than believing that the medical symbol of the caduceus represents malpractice.  The symbol has been banned by some homeowner associations, has been removed from patrol vehicles, and forbidden as a part of the uniform, including COVID-19 masks.

The American flag has been burned and trampled. The rainbow flag has been torn down. The sacred symbol of life and prosperity used by several indigenous tribes on the continent has been raped of its beauty by Nazi appropriation of the swastika. The symbolism of the thin blue line is uniquely American, symbolizing an American ideal – that the police are the public and the public are the police, and that local law enforcement is accountable to the community, in partnership with the community, and not part of the military or the federal government.

The beauty of the thin blue line and the flag in which it is embedded should stand as a unifying force among people of good faith and peaceful intention. It must not be relegated to the ever-increasing waste bin of political correctness where the slightest offense to any tender soul defines hate speech. We are not asked to pledge allegiance to the blue line flag, only to the republic for which it stands.

Flying the flag or sporting a blue line decal requires courage these days. There are those willing to commit violence to those who subscribe to the ideals which the blue line announces. Vandalism and violence against free expression have always been the great enemy of our Constitutional rights. When the lawless become brave and the law-abiding become fearful, it is truly only the thin blue line that can protect us.