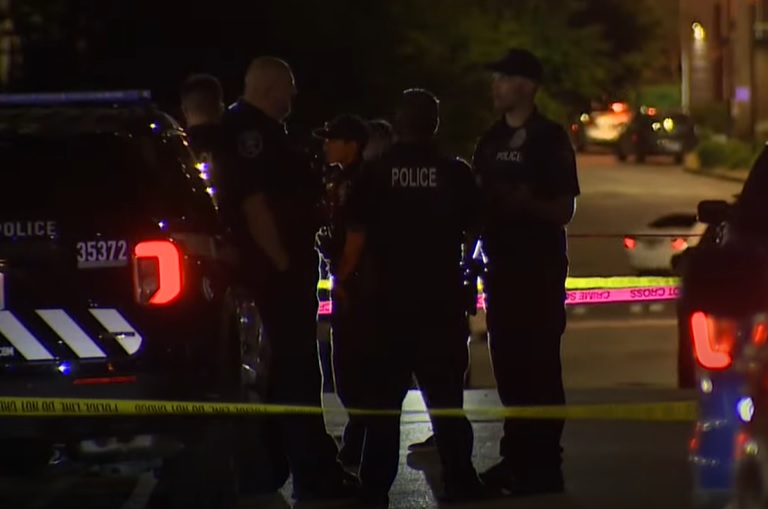 The assaults, robberies, rapes, and even murders that occurred in CHOP/CHAZ weren’t enough to make Seattle’s radical mayor, city (non) prosecutor, and the, even more, radical city council divest themselves of stupid and end their moratorium on equal justice and law and order. Even all the additional violent crime that occurred apart from the “Autonomous Zone” wasn’t enough. So, does “enough” even exist for them?

I wonder if the recent headlines at MyNorthwest.com will finally be enough? “Police: 3 dead, 4 injured in early Sunday shootings in Seattle.” Sadly, it’s not likely. Even human life appears no longer sacred to those who hold radical political ideologies. After all, the cultural revolution must continue.

In the wee hours of last Sunday morning, the Seattle Police Department (SPD) posted on Twitter that officers had responded to several shootings in the city’s Chinatown-International District, Belltown, and Pioneer Square neighborhoods.

Reportedly, while SPD Interim Chief Adrian Diaz was posting the tweet about those shootings, he added that officers were also responding to a shooting with multiple victims at Cal Anderson Park. If that park sounds familiar, it was a part of the chunk of city property “annexed” by CHOP/CHAZ militants during last year’s “summer of love.”

Can anyone deny city leaders obstructing police from enforcing the law equally, not providing them the sufficient resources, and bashing cops with incessant negative rhetoric, is responsible for this increased violence? If I were a good union gangbanger, why wouldn’t I take advantage of such irresponsible city leadership to settle scores? Hell, a vice-presidential candidate might even bail me out of jail, if I got caught.

So, what wisdom does Seattle’s place-holder police chief provide the city? “This is what we’ve been talking about, the uptick in gun violence for 2020 into 2021. We’ve got to figure out a way to get the guns off the streets.” It’s so obviously not the guns, it hurts.

Many places in America have as many or more guns than Seattle, and they don’t have the same “gun violence.” Strangely, the police chief doesn’t name the one thing that nearly every cop under his command knows is the problem: piss-poor city leadership that won’t let cops do their jobs, which is to get the people committing crimes with the guns off the streets.

I suppose he’s among the crowd, along with Chicago Mayor Lori Lightfoot, who want us to believe guns are “peaceful” in Indiana but become “violent” once they cross the Illinois state line. How does that work? Maybe it has more to do with the violent criminals behind the triggers. But what do I know; I was just a cop?

Perhaps the chief should “figure out a way to get” the people shooting “the guns off the streets?” Oh, I’ve even figured out a way to do it. Let your cops do the job the way it’s supposed to be done. What? Too radical?

If guns were the problem, you would have cities with similar demographics experiencing the same violence, but they’re not. For example, take former Detroit Police Chief (and likely candidate for Michigan governor) James Craig. He recently explained, “Last summer, Portland burned. Seattle, Minneapolis, Atlanta. Even some cities in Michigan… But not Detroit. Why?”

Chief Craig explained, “See, I grew up right here in Detroit during the ‘67 riots, watching tanks rolling down these streets. I remember snipers on the roofs. I was with the Los Angeles Police Department when the Rodney King riots happened. The police retreated and let their city burn.”

He added, “Since I’ve been Chief of Police in Detroit, the police have never retreated. We are here to protect our citizens.”

This sane notion could not have been explained more concisely or eloquently: “The police have never retreated.” Let that sink in.

What’s the difference between Chief Craig and other chiefs in Democrat cities? He disregards politics and has a singular commitment to proper law enforcement. Chief Craig first came on my radar when he encouraged law-abiding citizens in Detroit to arm themselves.

He didn’t lead them to believe some myth that you can get illegal guns off the streets by keeping guns from law-abiding people. He prudently acknowledged the cops won’t be there in the initial moments an armed criminal threatens you. You must help the cops keep you and yours safe.

I’ll take a guess at what “magic” Chief Craig has, that other chiefs don’t have, that he can deal with Detroit’s Democrat leadership so much more effectively than chiefs in other Democrat-run cities. Chief Craig earned political capital by being honest with the people about what comprises good law enforcement. And he demonstrated, by encouraging people to arm themselves, that he trusts them. It’s difficult for city politicians to oppose a police chief the voters trust have their best interests at heart.

Seattle’s warped politics recently chased off Police Chief Carmen Best who ran right into a brick wall. She felt she had to retire rather than continue to bang her head against that brick wall of anti-police radicals who wanted her to fire 100 cops. Even the awful mayor opposed this reckless move.

Sadly, for Chief Best, Seattle’s radical leftist “machine” is much more entrenched than Detroit’s. I think even Chief Craig might have had a tough time dealing with Seattle’s aberrant leadership. Although, I would never bet against him.

As for the violence in Seattle, it’s going to continue. I was about to submit this article when I got news of yet another shooting, resulting in one killed and one wounded. This time in the Lake City neighborhood located in northeast Seattle. Still, in the spirit of leftist ideology, with a long day of shootings spread out across various regions of the city, at least the violence is promoting diversity, inclusion, and equity. Police have made several arrests in the earlier shootings.

So, the violence continues. But the partisan hacks who run Seattle would never select someone like Chief Craig for law enforcement leadership. Not someone who will resist radicals and truly solve problems, as he did in Detroit.

You see, if someone solves the problems, politicians cannot run on platforms to, well, solve those problems. Still, the question is, will Seattle voters finally elect leaders who will place people in leadership positions who will truly solve the city’s soaring violent crime? Well, they haven’t so far. But let’s go out on a limb, feign optimism, and say, you never know.