Skip to content
How Politicians Scared People to Death 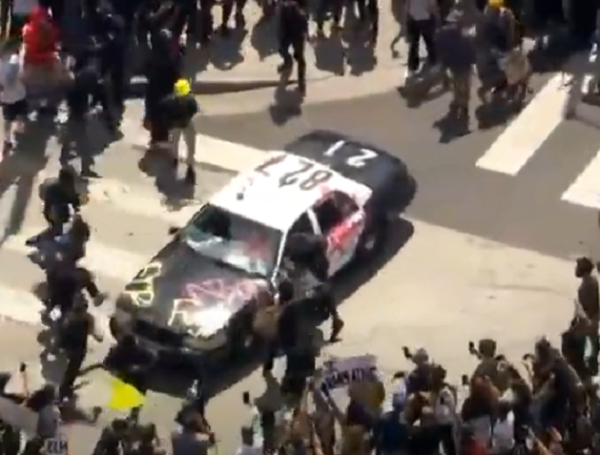 We often hear the rhetoric of war. How easy it is to send our men and women into harm’s way to another place where we do not have to hear the sounds of combat or breathe the foul air in a distant land. While politicians debate the reasons and strategies and budgets from the comfort of their soft leather chairs people are hurt and killed with every passing day as the work of the battle is carried out on the front lines.

Those same comfy chairs are warming the rears of the anti-police crowd as citizens are dying in the homes and streets of our own country. There has not been such a dramatic increase in murders in modern American history. The upward trend began in 2014 and, in 2020 jumped a dramatic 30% from 2019. We have not reached the total number of murders from highs in the 1980s that then trended down dramatically in the 1990s, but the murder rate – the number of murders per 100,000 persons – is rising and the final 2021 numbers will not be better.

We can talk coldly about murder rates, but the brutality of murder is not abstract. The increase in murders from 2019 to 2020 is 4900 humans. That is just the increase. The total for 2020 is 21,570. Visually stack those additional victims one on top of another and you have about a mile-high tower of death.

Now imagine that just one of those victims had been able to call for help and first responders were on the way. Imagine a citizen seeing the police headed to the scene who thinks that the police should not be driving so fast, should not be armed, should not be involved, or perhaps should not even exist. This person obstructs the police, blocking the roadway intentionally and recruiting others to block other paths to slow or stop the response. Seconds tick away. The 911 caller dials again asking where the police are. Should the person who kept the police from being able to respond be held liable for the failed rescue and intervention on behalf of the murder victim as a killer saunters away?

Most readers would be angry and frustrated at the person or persons who blocked law enforcement. Shouldn’t we be just as angry at the politicians and activists who have done exactly that while 4,900 of our fellow citizens lay dying? Shouldn’t we be outraged when politicians remove basic protection of law enforcement while deriding the millions of citizens who bought more guns in 2020, then have the audacity to blame gun ownership for the rise in murders?

For those who remember the headlines after the 2014 death of Michael Brown of a trend toward “de-policing” after harsh social critique of policing. It bears repeating that Brown’s death was justified by every legal and evidentiary measure through multiple examinations by multiple agencies. Nevertheless, the narrative of police brutality and racism held, and still holds, the headlines. Officers across the country were making the decision to lay low, reduce contacts to a minimum, abstain from proactive policing, and avoid anything that could end a career with one edited, falsely narrated viral video. It is here that we see crime rates rising again.

In the ensuing years, and of course, since the Floyd death, law enforcement has been restrained, attacked, reduced in numbers, subjected to senseless laws and policies, and pursued by overzealous prosecutors. Could murder rates skyrocketing have been predicted? Prevented? Are the anti-police pundits going to make an honest observation about the permission they have given to the criminal mind by demonizing the essential element of law and order represented by the police? Will they point to great successes in communities where police presence has diminished? Will their calls for the replacement of police officers result in less crime now that no one is afraid of getting caught or prosecuted? The questions are not merely rhetorical, and the answers are coming faster and faster as the utopian ideologies fall to reality. Staffing is being restored, school resource officers are being begged to return, bonuses are being offered in cities where leadership abandoned their police officers, and Minneapolis decided they need the cops after all.

That’s no consolation to the thousands of murder victims and their loved ones whose killers thought that it was ok to kill and not ok to have quality law enforcement.