Skip to content
He Said He Didn’t Know the Cops Were Chasing Him. What Else Would He Say? 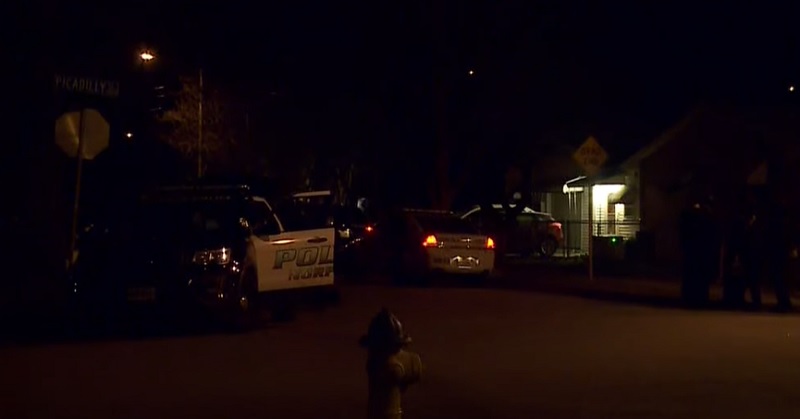 While officer safety must be uppermost in mind, cops spend a lot of time reading people to pick up on clues as to what they might be thinking—or planning. Assessing a person’s danger level involves considering the totality of the circumstances.

An officer is consistently receiving and processing data and stimuli at any event he or she responds to. Circumstances are always morphing, transitioning sometimes going from calm to violent in an instant. Officers must adjust and react to changes as appropriately as possible. Some of this can be accomplished by reading people and situations correctly.

People should understand this balancing act that law enforcement officers are constantly performing, whether or not it looks like it. Good people never understand why a cop could consider them a threat.

This is because a good person knows he or she is not a threat to the cop. But the cop doesn’t know that. The officer can only read and assess people based on their demeanor, words, and actions. But officers are not about to bet their lives on the person not being a threat or on them not understanding what the officers want them to do.

For example, a cop sees you coming out of the shadows from behind a house, sloughing a bottle of alcohol into your jacket. If the officer didn’t see it was a bottle, do you think he or she might think it could be a weapon (actually, you could use a bottle as a weapon, and to the cops, you could be a burglar)?

You might know you just slipped behind the house to pee and take a sip off your bottle. Cops don’t know that, they must know whether you are armed, and you shouldn’t be surprised of offended if cops draw their weapons. Maybe they left their crystal ball at the station.

Now, here’s an actual similar incident, which is back in the news from three years ago. In Norfolk, VA., on Christmas Eve, officers observed a 46-year-old man riding a bicycle at night without a headlight on, which is illegal in Virginia.

Reportedly, the officers hit their lights, chirped the siren, and used the car’s PA system to tell the rider to stop, but he didn’t stop. Officer Aaron Nkrumah Christie got out of the patrol car and chased the suspect on foot.

According to the Atlanta Black Star, assuming the suspect was telling the truth, wrote, Derrick Roundtree, “thinking it [lights, siren, and PA announcement] was for something unrelated to him, kept riding.”

However, here’s some additional pertinent information. The suspect is in a designated high crime area. The officers know the area well and are aware of the prolific criminal activity. Riding a bike at night without a headlight, which no one disputes, is not the crime of the century, but it is legitimately dangerous—and against the law.

If someone captured Roundtree on video, riding with no headlights past a patrol car, and then he was then hit by a car, critics would likely blame the officers for not stopping him.

Anyway, after Officer Christie tackles Roundtree, the suspect doesn’t resist and claims he didn’t know they were chasing him. From a cop’s perspective, what else would he say? An officer, wearing a Santa Claus hat, helps him to his feet while Roundtree complains of leg pain. He later learns at the hospital he suffered an apparent lower leg fracture when the officer knocked him off his bike.

Christina Connell, representing Roundtree’s family, initiated a federal civil rights lawsuit last December. She claims officers violated Roundtree’s civil rights when they “used excessive force when they stopped him… [for] riding his bike…” without a headlight.

However, while the officers initially intended to stop Roundtree for the bike violation, the cops pursued, and an officer tackled him for refusing to stop for police. That’s the crime of obstructing a police officer. Authorities dropped the obstruction charge, which is not unusual for way too many prosecutors, these days. Roundtree was given a $15 fine for the headlight infraction.

Because of the sketchy area and his refusal to stop (all they know is, the cops are chasing him, and he won’t stop). Because of these circumstances, the officers believed Roundtree may have been involved in criminal activity. Any reasonable officer would.

Last June, WVEC News 13 reported, an unknown suspect shot and killed Roundtree near a convenience store on Virginia Beach Blvd. The Atlanta Black Star reported Roundtree was “an innocent bystander…” but did not cite from where they obtained that information. The family is continuing with the lawsuit.

Officer Christie is still on duty after an investigation cleared him of any wrongdoing. The civil trial will begin in March 2022.