Skip to content
Guardians of Democracy vs. Warriors: The Two Concepts Are Not Mutually Exclusive 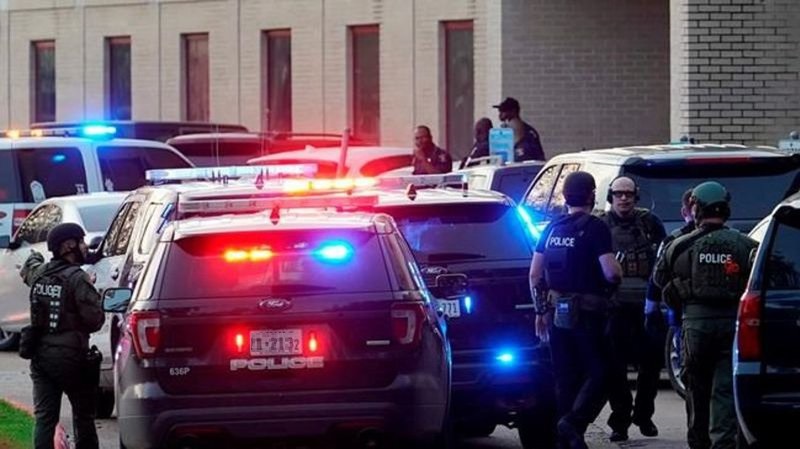 I recently read a former local TV news reporter’s post on Linkedin. I know her a little from when I was still an active cop, and I like and respect her. She brought up the topic of whether police officers should be viewed and trained as guardians of democracy or as warriors. I think it does a disservice to treat the terms as opposites.

She said she’s working on a project concerning how to stop police from abusing, even killing “people they’re sworn to protect.” First, I reject her premise. If a police officer truly abuses or unlawfully kills a person, that cop has committed a crime, is a criminal, and should be prosecuted. Just like happens now.

When a police officer uses force up to and including shooting and killing a suspect, you not liking it does not make it a crime.

However, if you characterize police abusing and killing presumably innocent people, as something police routinely do, then I’m out. That kind of thinking is not rational because there is no evidence that is happening. The only “proof” offered is from loud radicals, anarchists, and Marxists, spouting lies.

She wrote about her interest in a current law enforcement training concept being taught at police academies, especially in liberal areas: Training cops as “guardians” and not as “warriors. Shouldn’t police officers be both guardians and warriors? Why is this so hard to understand? It’s more than semantics and depends on how each concept is defined.

Even when I was in the academy some 28 years ago, we were taught to treat everyone with respect, if they let us. Instructors taught the importance of balancing how we treated people with officer safety. For example, even with criminals, some you treat with respect, and the respect is returned. However, with others, you can’t get a word out before the suspect attacks you.

Some suspects don’t give you time for de-escalation. Currently, there is a young LAPD officer being sued, in part, accused of not “deescalating” before she shot a suspect. Oh, did I mention the suspect had a razor box cutter and was striding toward her with no apparent intentions of stopping? Incidentally, she’d yelled for him to stop or drop the knife several times before she fired.

I replied to the Linkedin post, “The two concepts, guardians… and warriors are not mutually exclusive.” The problem even well-intended folks have is they caricature a “warrior” cop as a violence-seeking Robocop compared with the ideal guardian (angel) cop.

So, if we can’t agree on what a warrior is, and how well-rounded a person a warrior can be, and that being a warrior is just one facet of being a police officer, again, we cannot have a rational discussion.

Believe me, if you’re in your home with your children on the other side of a door that’s only seconds away from being kicked in by an armed attacker, you’ll need a guardian, but you’ll want him or her to be a warrior.

For police officers, firing their guns is a last resort, and no serious person would suggest we take guns away from American cops. Officers’ firearms are their insurance policies for just in case. Well, just in case, is similar to a cop being a warrior as well as a “guardian of democracy” (I prefer guardian of liberty, but I get the point).

The more mentally focused and confident in their physical capabilities officers are, the better able they are to deal with stressful situations. Mentally focused and physically capable are two hallmarks of a warrior. Also, as warriors, they can handle physical situations much more efficient and quickly, which means less chance of negative consequences. And there is a warrior quality we should never forget: compassion.

Author Eric Greitens wrote a book titled, “The Warrior’s Heart: Becoming a Man of Compassion and Courage.” The foreword begins, “As a humanitarian, he helped aid workers heal orphaned children in Rwanda and lived in camps alongside Bosnian refugees. As a warrior, he excelled at the hardest military training in the world and teamed up with fellow SEALs to hunt al Qaeda terrorists in Iraq.” The two concepts are not mutually exclusive.

Val Van Brocklin, a former federal prosecutor, wrote a piece about this topic which appeared in Police1.com in 2015 and was updated in 2019. In the article, Ms. Van Brocklin defines the guardian and warrior mindset as people supporting each define them. The problem is they separate the two as if they are polar opposites. This is not the case.

Van Brocklin’s article emphasizes supporters of the guardian mindset view the “warrior” mindset as one where an officer must be ready to use force on anyone at any time. Proponents believe “a primary warrior mindset actually makes officers less safe by creating avoidable violence.” This just seems to be blaming the cops again for when suspects attack cops, and officers are accused of failing to deescalate.

Being prepared for when a call goes sideways with a compliant suspect who suddenly turns violent is simply necessary.

Again, the two are not mutually exclusive. One can be both a guardian and a warrior. What does the guardian without a warrior component do when a call escalates to violence? What could be better than to have a cop who sees him or herself as a guardian but is also a warrior?

This divide and conquer strategy is a false construct. It shouldn’t come down to guardians vs. warriors, but to warriors as guardians and vice versa. The problem is the guardian proponents’ apparent view that warriors are thugs itching to ply their martial skills on a public they look at as prey rather than people they protect. Again, I reject this concept.

There are police officers who are only alive today because that warrior within them would not allow them to give up in a life or death encounter. Believe it or not, there are people out there who don’t like cops very much. No, really; it’s true—ask any cop. Officers better be warriors if they find themselves fighting for their lives on the pavement in some oil-slicked alley with a criminal intent on killing them.

Cops don’t pull their guns on the vast majority of calls. Neither do they display what we’ll call, for the sake of discussion, overt or cliché “warrior” behaviors while on routine calls. The warrior aspect is submerged, ready to surface when necessary. People have a hard time understanding people in the warrior class. Those who accept dangerous risks, so the average person doesn’t have to, to keep our people safe.

Officers can be joking with their partners, chatting playfully with a six-year-old brother and sister, or eating lunch on the run in one moment, and engaged in a life-threatening situation in the next. This is the reality for police officers.

But society is compromising its public safety when it has police academy instructors teach recruits to become guardians but neglect to include the crucial warrior mental and physical aspect of being a cop.

Let’s get the definitions right, not divorce the two concepts and make them rivals, so we can talk about this subject reasonably. Otherwise, society is likely to end up with officers who see themselves as guardians of democracy but who don’t have the warrior mental and physical skills to complete that mission properly or safely.